Thomas finishes T-3 at WMPO despite not having 'best stuff' 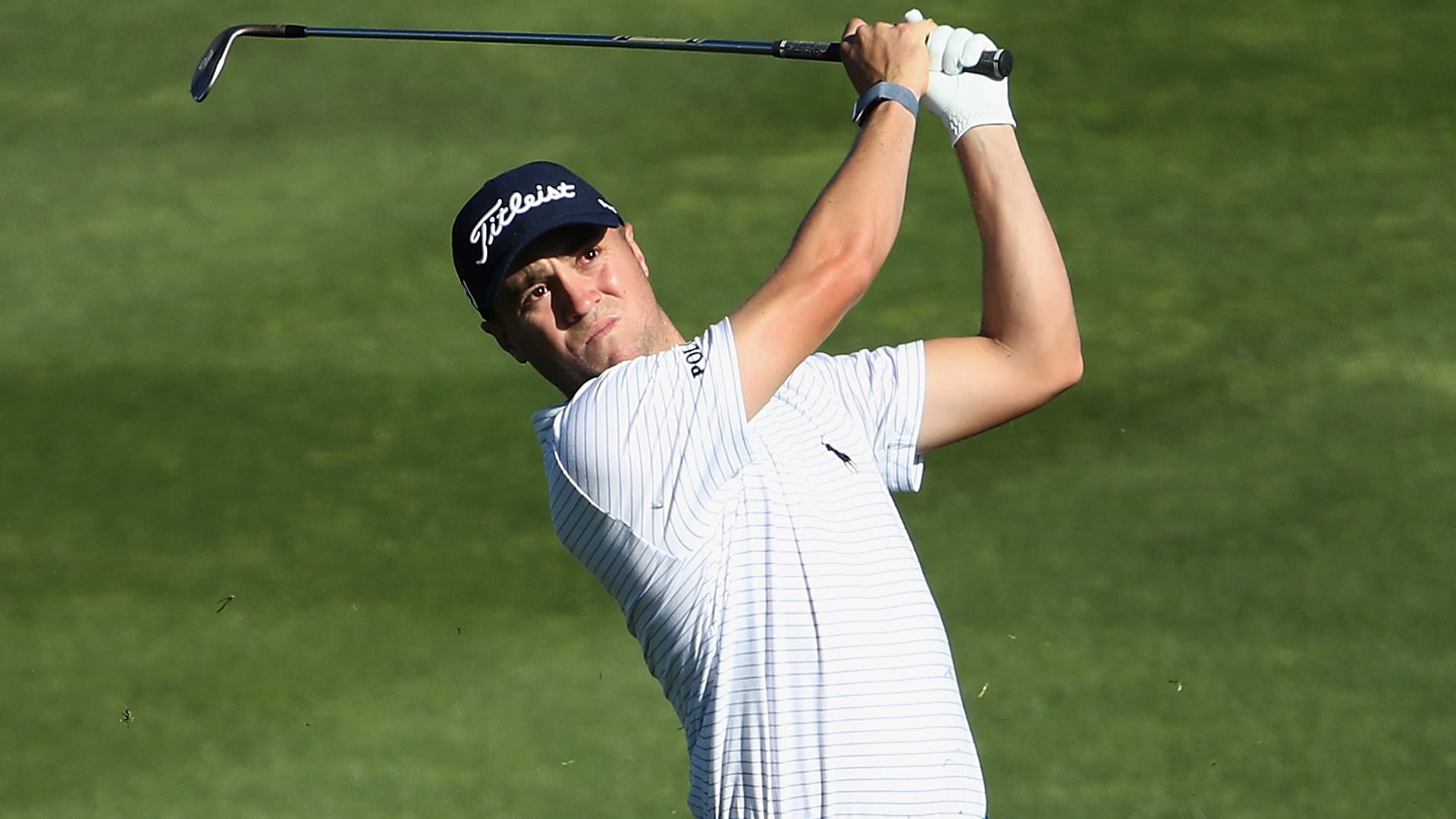 SCOTTSDALE, Ariz. – A calling card of great players is the ability to contend without their best stuff. Such was the case for Justin Thomas this week at the Waste Management Phoenix Open, where a performance that didn’t meet his standards still yielded a six-figure payday.

Thomas was eight shots off the lead and seemingly out of the mix when he began his final round at TPC Scottsdale, but a strong start combined with some early wobbles from the leaders briefly vaulted him into contention for his third win of the young season. He ultimately signed for a 6-under 65 and finished in a tie for third at 14 under, three shots out of a playoff between Webb Simpson and Tony Finau.

Thomas can sometimes be his own harshest critic, and even a top-5 result wasn’t enough to masquerade issues he saw in his own game.

“To be perfectly honest, I don’t feel like I played very well this week,” Thomas said. “I got it around really well and I managed my game tremendously. And sometimes weeks like this can give me more confidence than winning, as crazy as it is.”

Thomas has now finished T-5 or better five times in nine starts dating back to his win at the BMW Championship in August. He admitted that his focus shifted from simply shooting a low score to actually contending for a win on the 14th hole, when he realized the leaders had stalled at 15 under and he was already at 11 under with a few birdie holes still remaining.

Thomas has now finished T-3 at this event each of the last two years, and while he’s seemingly in line to one day lift the trophy, he is for the moment content with making a final-round move up the leaderboard with his B game.

“I mean, obviously I would have rather won,” Thomas said. “But to not have my best stuff, really drive it very, very average, iron game not very sharp, and not really have a hot putter once this week and still to hopefully be able to squeak a top-5 (finish) is pretty good.”