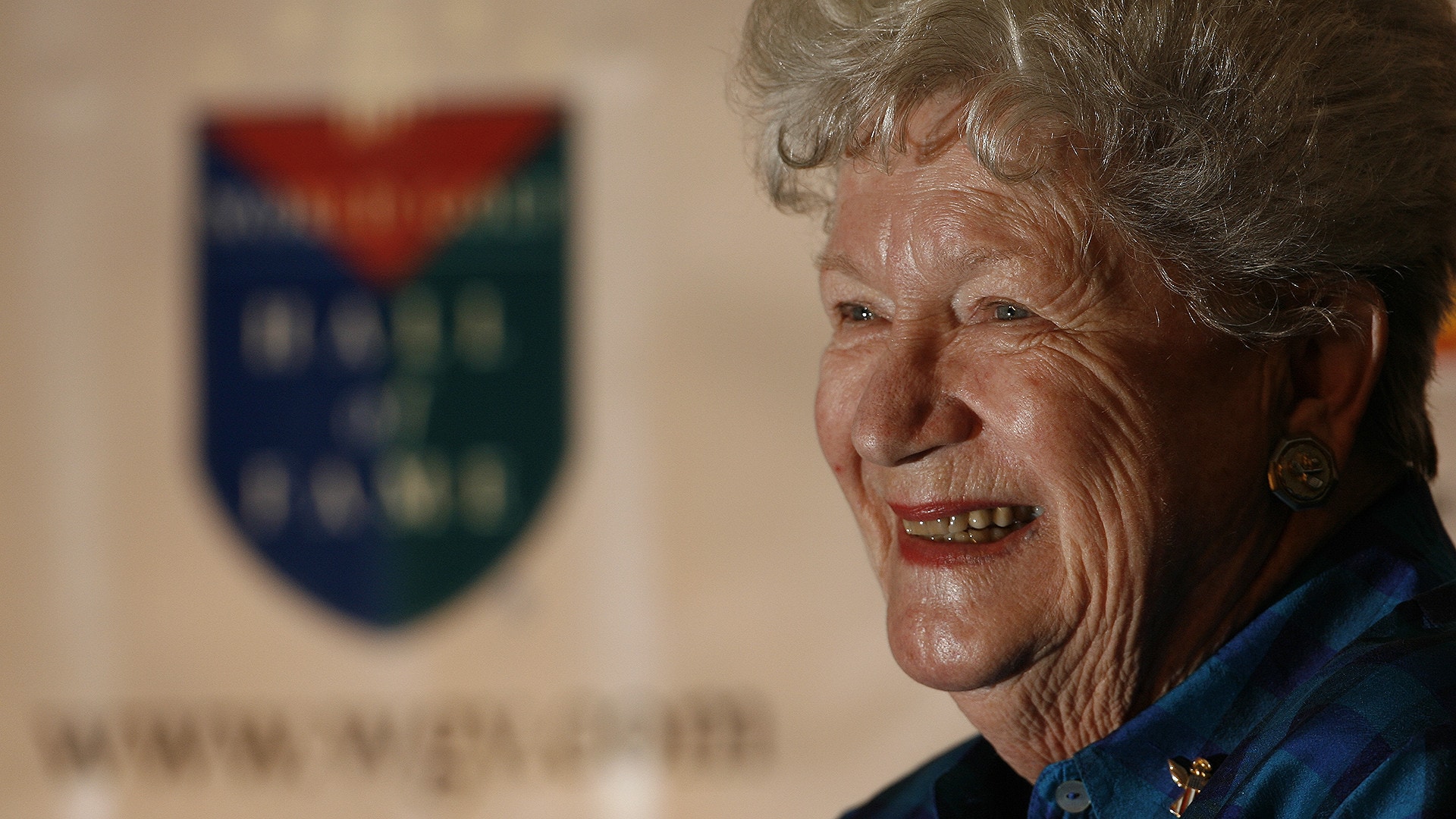 Marilynn Smith was more than a special player.

Though she earned induction into the World Golf Hall of Fame with her 21 LPGA victories and two majors, her legacy goes beyond the trophies she won.

As one of the 13 women who founded the LPGA in 1950, Smith filled so many roles vital to the organization’s growth. She spent time as tour president, secretary, business manager and public relations specialist. She fulfilled sales and marketing duties and tournament operation responsibilities.

Smith, like the 12 other women who built the organization, served all of those roles in either official or unofficial capacity to give the fledgling women’s tour a foundation that would last.

“Different players who were in that era, including myself, all thought Marilynn did an extraordinary job as president, and more than anyone contributed greatly to the success of this tour,” Hall of Famer Kathy Whitworth said when introducing Smith as a World Golf Hall of Fame inductee in the 2006 ceremony. “Mickey Wright said she always remembers the hours and hours Marilynn would spend on the phone talking to these sponsors, potential sponsors, the press and anyone else she thought might help the Association.

“You might say Marilynn always went beyond the call.”

Golf lost one of its treasures early Tuesday morning as Smith died at age 89, four days before her 90th birthday.

"For the LPGA family, Marilynn was special in every way. She was our founder, our north star and most importantly, our friend," LPGA commissioner Mike Whan said in a statement. "In her life, she broke barriers, shattered stereotypes and made others 'believe.' I'll miss her weekly handwritten cards, her daily calls to the office and her love for every LPGA teacher, player and staff member. Quite simply, Marilynn left this world better than she found it – and set a standard that will guide us forever." 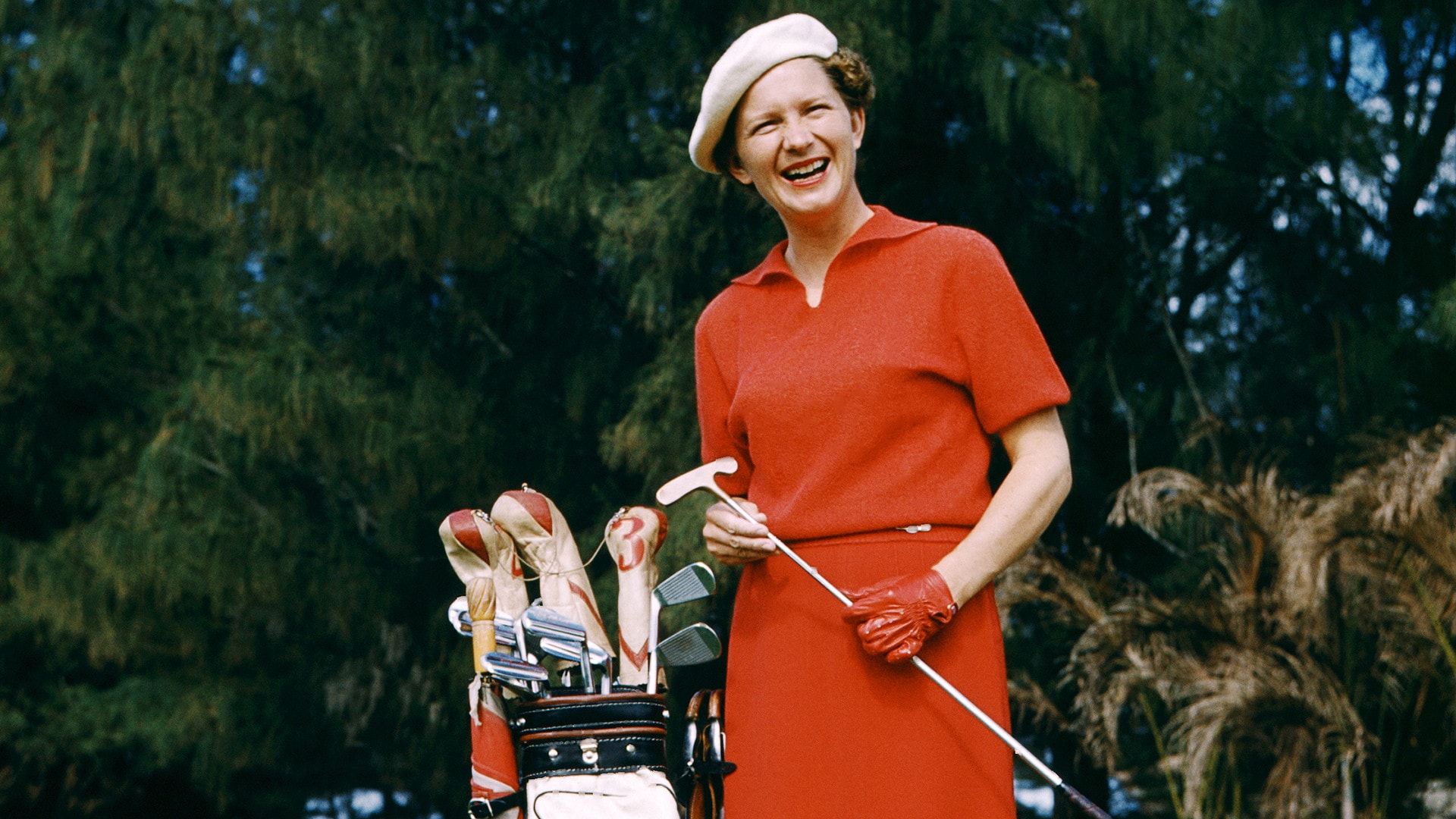 Born in Topeka, Smith won the Kansas Women’s Amateur three times (1946-48). She won the national individual intercollegiate golf championship while at the University of Kansas in 1949. There was no women’s golf team at the university, and she couldn’t get the school to fund her trip. It’s a story she liked to share with today’s players, to show them the obstacles overcome in building the women’s game.

“Too bad your daughter is not a boy,” Smith recalled the Kansas athletic director telling her father.

The championship was played at Ohio State, and Smith relied on her family’s help to get there.

“There wasn’t much encouragement in those days for the gals,” Smith said. “I was lucky I had a dad who could help me.”

Smith’s death leaves Shirley Spork and Marlene Hagge as the only living LPGA founders. The three were all at the Bank of Hope Founders Cup in March. They sat in a special box there alongside the 18th green, where they were greeted by players finishing up their rounds.

“They have been such great role models for us,” Lydia Ko said there this year.

“Just to be in their company and kind of realize all the hard work they put in, to make this a reality, is pretty cool for me,” Brooke Henderson said.

Smith was nicknamed “Miss Personality” by fellow founders. Today’s players know why. Smith loved meeting this generation of LPGA pros and sharing the story of the founders, including the attitude required to overcome so many obstacles.

In her autobiography, “Have Clubs, Will Travel,” Smith summed up who the founders were.

“We did things for ourselves, without management companies, a headquarters staff or swing gurus,” she wrote.

Smith and the founders would drive cars in a caravan to those early tournaments.

Before cell phones, they used ping-pong paddles to communicate between cars in the caravan.

"The first person had three paddles, and she would put one out that said gas, next one said food, the other one said, you know what, potty,’” Smith said.

They barnstormed across the country, promoting and marketing their tournament in creative fashion.

“Shirley and I went to a boxing match, and we were supposed to get in the ring and get the microphone and talk to the fans,” Smith once said. “Well, this one fellow was just pulverizing the other fellow, and I got woozy, because of the blood and everything. Shirley didn't get woozy. She got right through the ropes and got the microphone and said, `Come out and watch the LPGA play in the U.S. Open.’

“Then I would hit golf balls at Major League ballparks, like St. Louis, Cincinnati and Washington, D.C.” 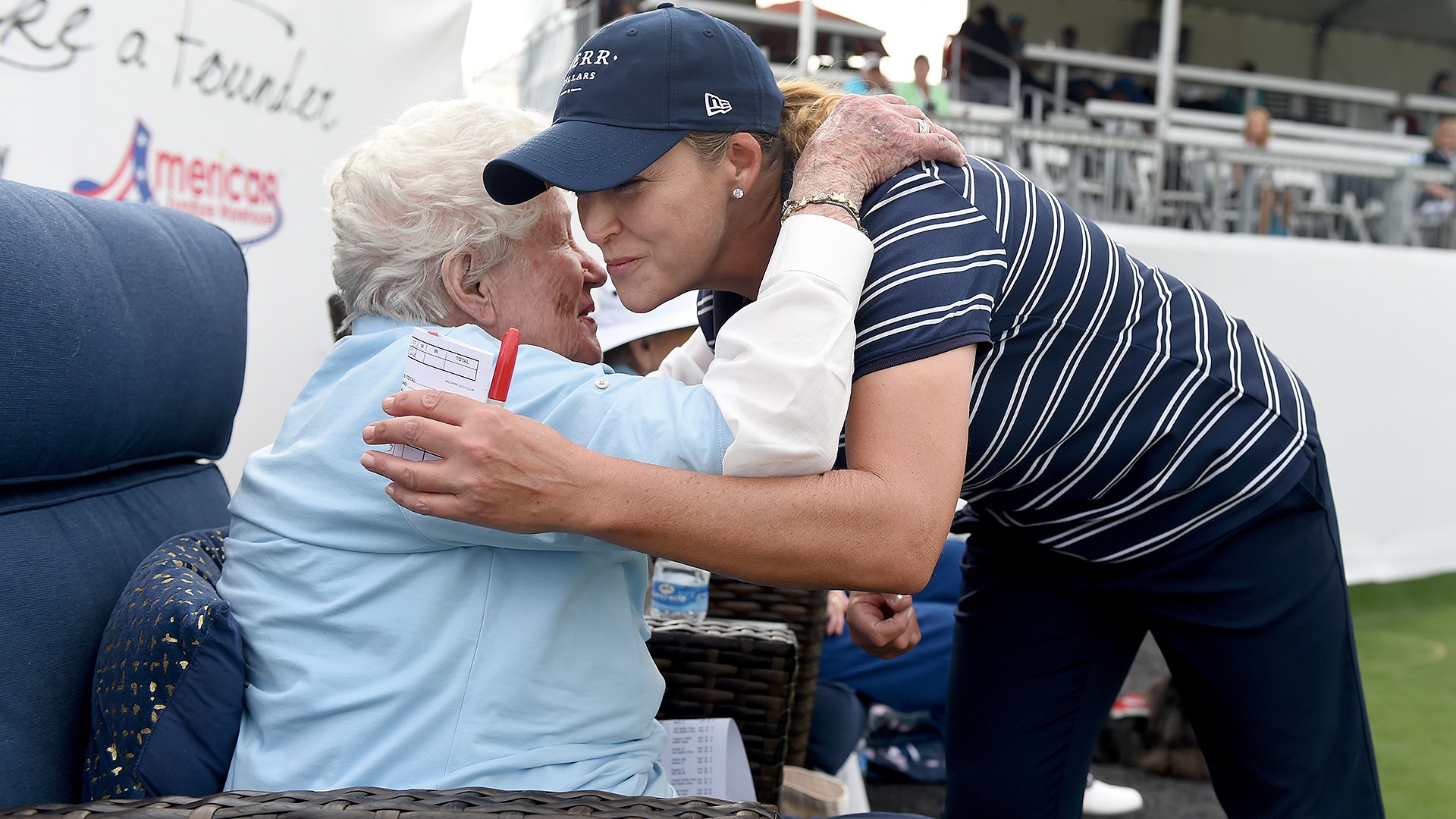 The founders sold tickets and set up the tournament courses.

Smith was the first recipient of the Patty Berg Distinguished Service Award. The World Golf Hall of Fame credits her and Whitworth as being the first female TV commentators. Smith went on to help spearhead creation of the LPGA’s Teaching and Club Professional division. She was a golf instructor herself, who was active helping young players avoid the hardship she endured getting to that national collegiate championship all those years ago. She started the Marilynn Smith LPGA Charity Pro-Am, raising money for college scholarships that are distributed through the LPGA foundation.

“Marilynn has always been a giver,” Spork, a long-time friend to Smith, told LPGA.com. “She worked so diligently as president of the LPGA, out selling the tour to sponsors.”

Whitworth appreciated that, too.

“Many of us always felt that Marilynn put her best foot forward,” Whitworth said at Smith’s World Golf Hall of Fame induction. “She was always a lady impeccably dressed, wearing a skirt, usually a sweater and pearl earrings and a pearl necklace ...

“Marilynn always had a smile. No matter how things were going, you could always depend on a smile from Marilynn.”

That’s how so many will remember Smith and the attitude she brought to building the LPGA. 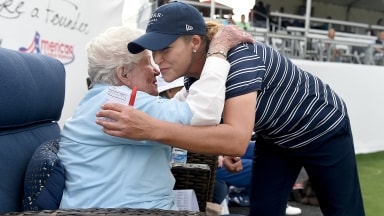 The LPGA and its players, past and present, took to social media to pay their respects to the late Marilynn Smith.