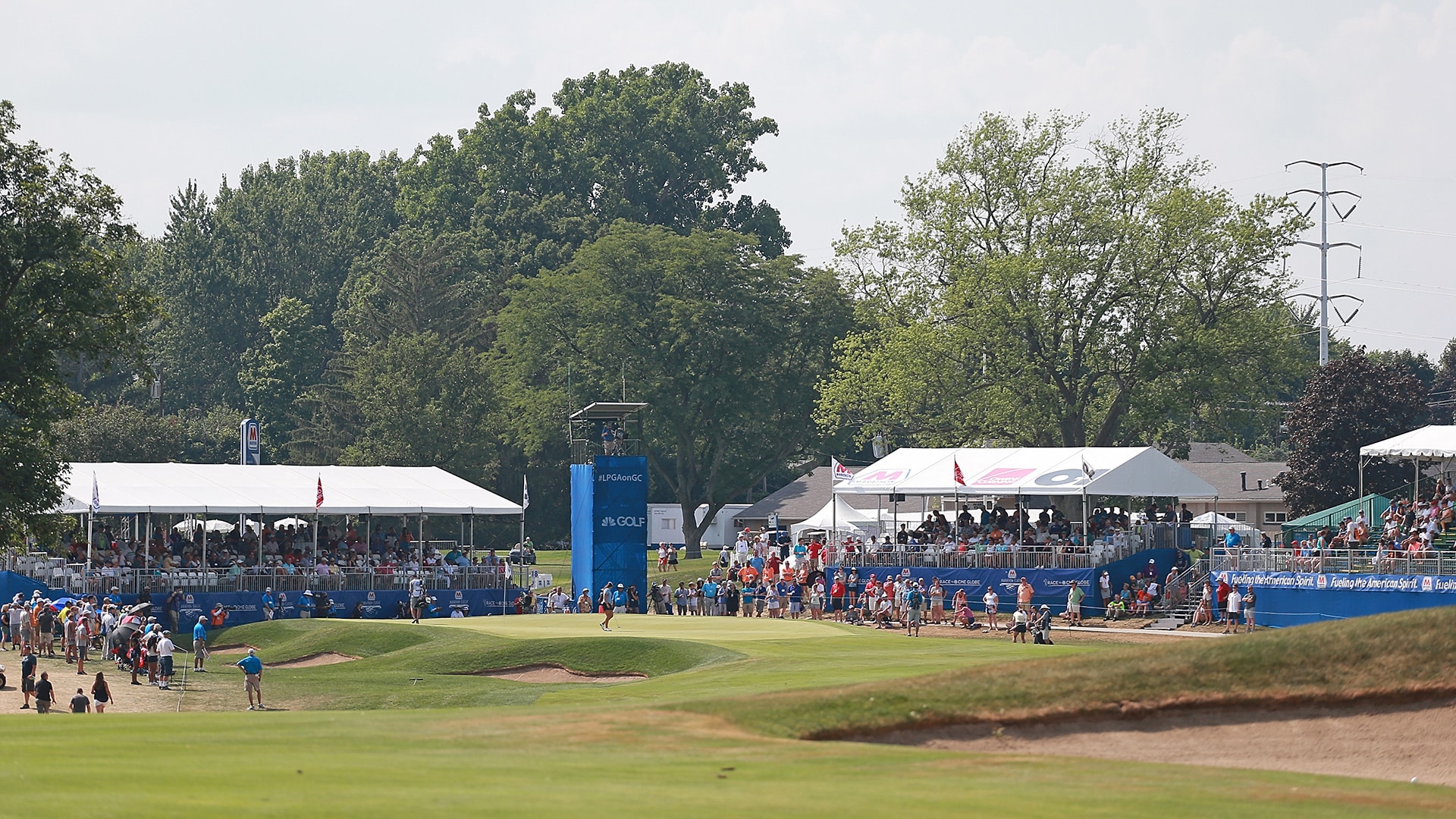 The LPGA remains prepared to open its gates to fans early in its restart in Ohio amid the growing coronavirus pandemic.

LPGA commissioner Mike Whan said Wednesday that he will probably know within 48 hours whether the Marathon Classic will allow spectators for tournament rounds Aug. 6-9 at Highland Meadows Golf Club in suburban Toledo.

“They’re waiting for some local health input on that, but we’re good to go,” Whan said. “We’ve got a plan whether we have fans or not.”

The news comes with the PGA Tour amid back-to-back events in Ohio, with no fans allowed at either event. It comes just a few days after the PGA Tour announced it won’t allow fans for the remainder of its wraparound season.

Tour: No fans, pro-ams for rest of season

The PGA Tour has announced that this season’s remaining events will be played without fans or pro-ams.

The LPGA is also allowing the Marathon Classic to stage two pro-ams, something the PGA Tour also hasn’t yet allowed in its restart.

The LPGA is scheduled to return July 31-Aug. 2 at the Drive On Championship at the Inverness Club in Toledo, after being in pause mode for five months. The Marathon Classic is scheduled to be played the following week in Sylvania.

Marathon Classic tournament director Judd Silverman said two months ago that fans were vital to the tournament’s success, that it didn’t make sense to stage a community-focused event without them.

“Financially, it would not work for us,” Silverman told GolfChannel.com back in May. “A business model with no fans is something that would be very difficult to afford.”

Whan said if the Marathon Classic gates are opened to the public, 2,000 or fewer fans would be admitted per day, allowing ample space for social distancing, with an “aggressive” gallery roping plan.

“We don’t really have a lot of concerns about a small footprint of fans, but at the same time we are going to follow whatever our title sponsor and the local health authority thinks is right,” Whan said.

The Marathon Classic originally planned to stage five pro-ams. That has been reduced to a smaller Tuesday pro-am that will played off site, at the Inverness Club, and a regular Wednesday pro-am on property, at Highland Meadows.

“All of the participants who play in the pro-ams will be COVID-tested under our COVID testing plan,” Whan said.

Whan rolled out details of the LPGA’s COVID-19 testing plans to the public Wednesday. The plans require players, caddies and staff to take saliva tests before departing for a tournament, to take another saliva test upon arriving and then to undergo daily health questionnaires and temperature screenings the rest of the week.

Whan said pro-am participants must be cleared to play under the LPGA testing protocols. He said he has had this pro-am discussion with PGA Tour commissioner Jay Monahan, whose tour’s success isn’t as heavily dependent on fans, pro-ams and community participation as the women’s tour is.

“Jay has heard me say this many times: If we can't figure out how to play pro-ams, the LPGA is going to have some challenges in ‘20 and beyond,” Whan said. “We plan to play pro-ams.”

Whan said there will be restrictions for the Marathon Classic pro-ams. Three amateur partners and the LPGA pro will all play their own ball. The only caddie allowed will be the LPGA pro’s, with the amateurs riding in carts. There will be no fans, family or friends allowed to follow.

Whan said LPGA pro-ams won’t be that different from the day-to-day golf that is being played amid new precautions around the country.

“I can tell you from talking to my players, almost all of them are playing golf and they are playing golf somewhere with people, and they feel like playing golf is something they can do safely,” he said. “But it's a lot more safe when you realize everyone has the same bracelet on that says, 'I've been tested.’”