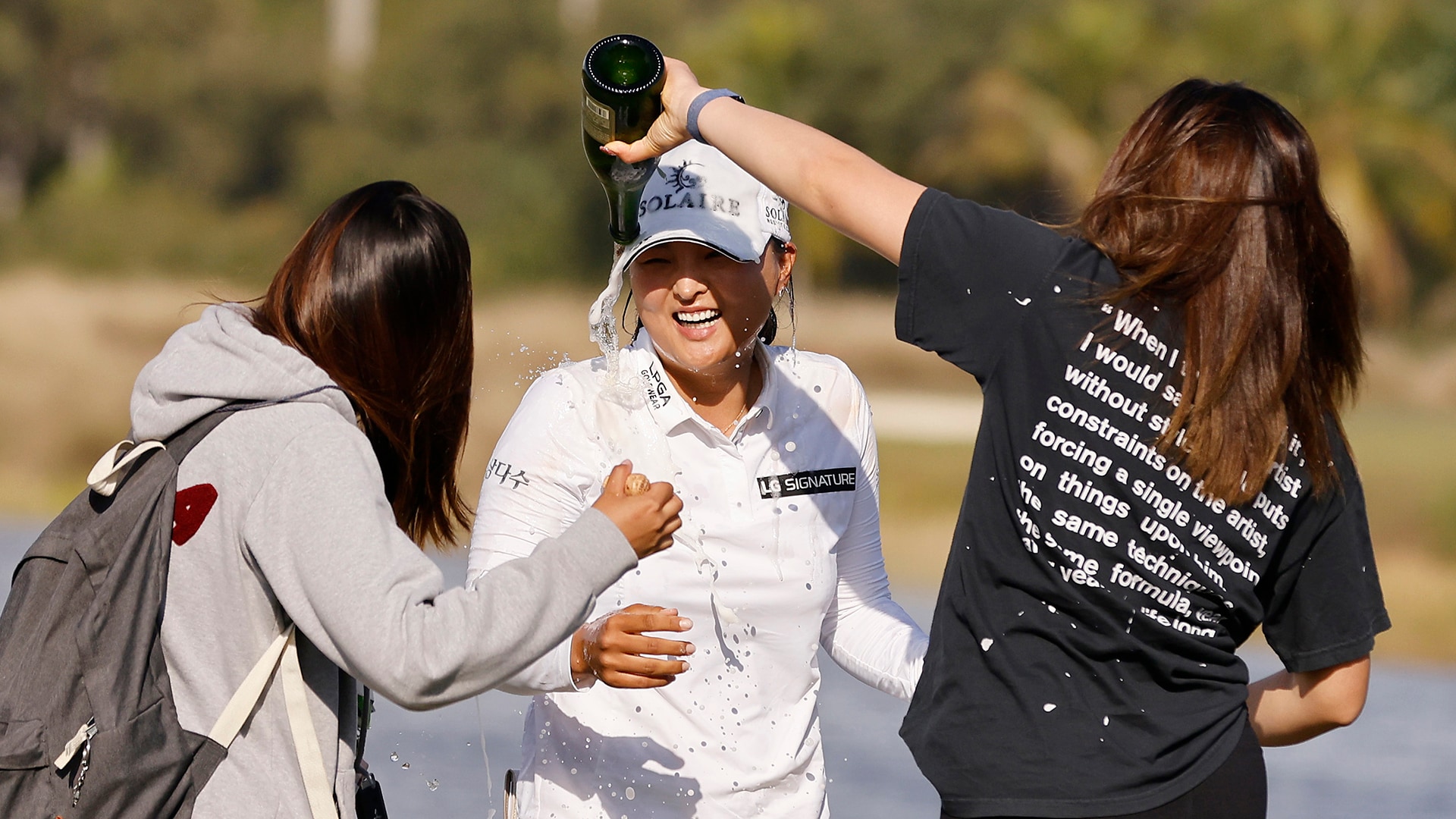 LPGA commissioner Mike Whan had no shortage of ways to sum up what easily has been the most challenging year of his decade-plus-long career.

Navigating a professional golf tour through a pandemic was understandably quite the task. Whan had no instruction manual as he got the LPGA back on track in late July, yet after more than 7,200 COVID-19 tests (42 of which were positive), about $3.5 million in unplanned virus-related expenses and several canceled or postponed events (and the loss of two majors), the LPGA successfully completed its 13-event return Sunday in Naples, Florida.

In some ways, it felt like normal. Yearly spoils, mostly notably a $1.1 million first-place check, were handed out on the final day at Tiburon Golf Club, where world No. 1 Jin Young Ko outdueled second-ranked and red-hot Sei Young Kim to win the CME Group Tour Championship. 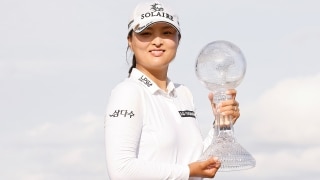 However, it didn’t take much to realize that this year’s road to the finish line was anything but ordinary. Yes, there was a worldwide pandemic that severely altered the schedule and nearly every other part of the LPGA’s routine. But that was only part of it.

The year’s first major, the ANA Inspiration in September, was played in extreme heat, with temperatures in Palm Spring hovering in the high-100s and caddies allowed to use carts during tournament rounds. On the other end of the spectrum, two December events in Texas, including the U.S. Women’s Open in Houston, were contested in near-freezing temps.

The Cambia Portland Classic in September was reduced to 54 holes because of massive wildfires in the Pacific Northwest, and though the Dow Great Lakes Bay Invitational in Michigan was canceled, the tournament’s organizers played a different role in May as they stepped in to aid relief efforts after severe floods and dam failures in the central part of the state.

“Each one of those weeks players look at me thinking, Whose idea was this? And quite frankly, you can't rattle me this year on weekly issues because we won the war,” Whan said. “We got ourselves to the end of this thing.”

The LPGA’s reward for a hard-fought season was a battle between the world’s two best players. Kim began the final round with a one-shot edge over Ko, but the season’s final 18 holes were dominated by the world No. 1. Ko carded seven birdies, including five in her last seven holes, to shoot 6-under 66 and win by five shots at 18 under.

Despite spending much of the pandemic back home in South Korea and teeing it up in just four LPGA events, Ko, now a seven-time LPGA winner, took home the tour’s money title with $1,667,925 in earnings. As CME Group president Terry Duffy exclaimed, “It’s only appropriate that the No. 1 player in the world wins the biggest check on the LPGA.”

Danielle Kang capped her year with a disappointing T-30 showing in Naples, but there was still reason to celebrate: Kang picked up the Vare Trophy as the LPGA’s leader in scoring average this season (70.082).

“In 2020, I think that's something that I really treasure and learn is any positive that is kind of given, you have to take advantage and be grateful for it,” Kang said. “I'm able to look back at the 2020 season and just look at the Vare Trophy.”

In his press conference earlier this week, Whan took ample time to reflect. For all the lows this year, there were certainly some highs, too. Golf was played, and people watched, albeit not in person. Whan said fan engagement was up 44 percent this season, with over 3.3 million per week watching the women’s game. Whan also took pride in the fact that the tour will turn the page on 2020 having not lost a single employee or title sponsor.

Even more, the LPGA’s upcoming schedule, unveiled a few days ago, features 34 events, plus a Solheim Cup, the Olympics, two new tournaments and the return of Q-Series, and record prize money. More than $76 million will be awarded in 2021.

And while next year’s fresh campaign will begin with less than 2,000 guests per day at the season-opening Diamond Resorts Tournaments of Champions, Whan remained hopeful that as vaccines continue to roll out across the country, fans would be allowed back soon.

“It's been a tough year,” Whan said. “You go from incredibly overwhelmed to, when you're in the moment of, let's go figure it out. You just you got your head down and you're figuring it out, so you don't hear all the noise. You're just running to the end and you wake up incredibly proud.”

Sure, it’s been frustrating and embarrassing – and probably many other things Whan would rather not say. But as this year unlike any other has finally reached its conclusion, Whan and the LPGA have much to be proud of.