Lucy Li, who qualified for the USWO at 11, is now an 18-year-old pro and wants more than ice cream 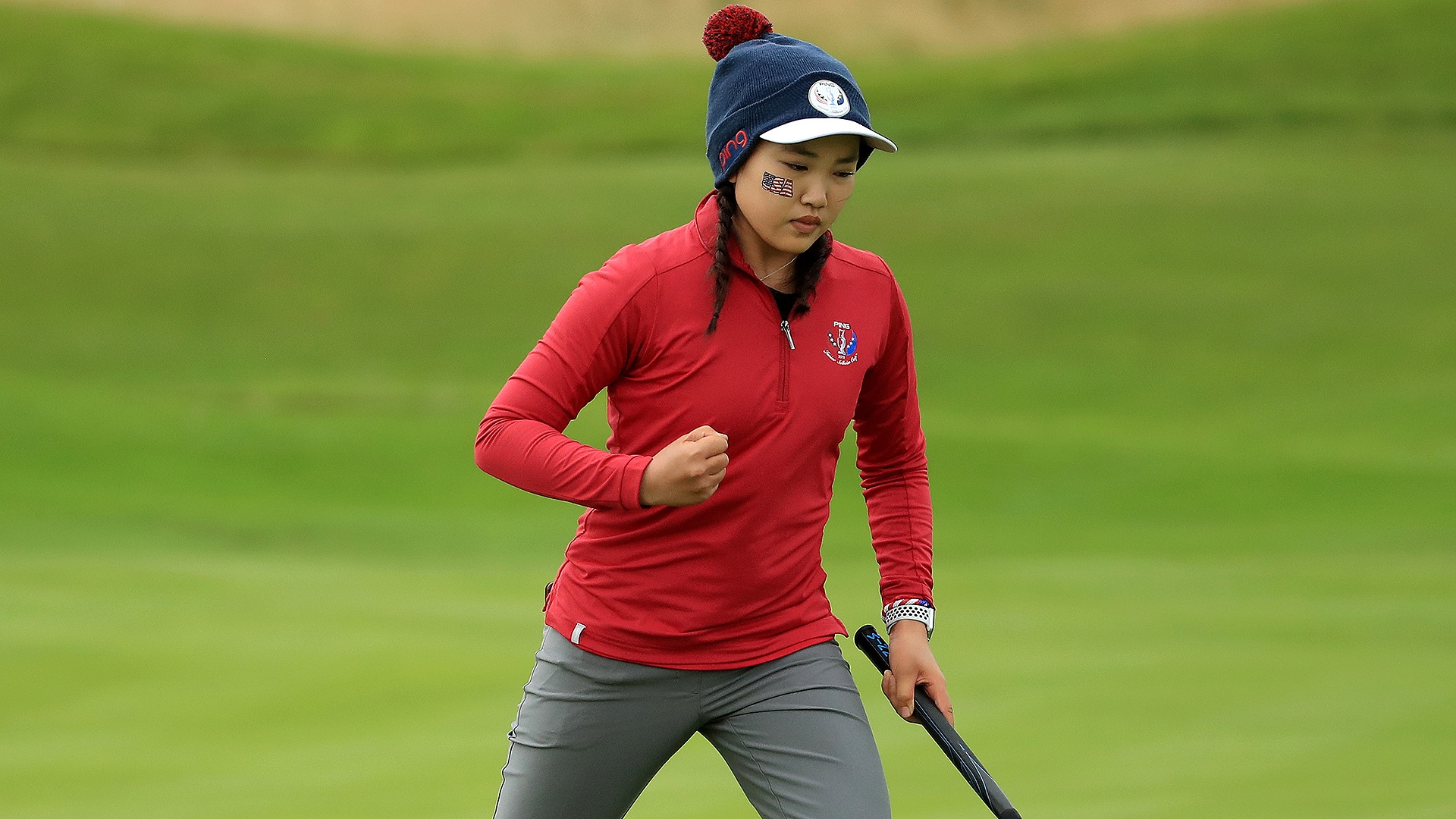 SAN FRANCISCO – Every elite player dreams of competing in the U.S. Open. Only one person in the world has achieved that dream at 11 years old.

Lucy Li, the child prodigy who will be the hometown favorite in this year’s U.S. Women’s Open.

Li’s stardom began when she qualified in 2014, becoming the youngest to ever qualify for the championship. But she didn’t just win her qualifier, she obliterated the field, beating second place by seven shots at Old Course at Half Moon Bay Golf Links.

Her sweet demeanor and colorful outfits at Pinehurst No. 2 charmed the crowd immediately. It was her incredible skill at such a young age, however, that made jaws drop. Media swarmed over Li, yearning to capture her unique story in the right words.

“I didn’t really care about anything back then. I was just focused on hitting the ball and eating ice cream,” Li recalled on Tuesday at Olympic Club, where she returns as an 18-year-old professional.

Ice cream is how many remember Li. After an opening 78, she stepped in front of the media, ice cream on a stick, in hand. She spoke and ate and endeared, wearing pigtails and a red-white-and-blue shirt with hearts and stripes.

Li still holds the record as the youngest qualifier for the U.S. Women’s Amateur and the youngest player to advance to match play in the U.S. Women’s Amateur Public Links. In 2016, Li won the Junior PGA Championship which qualified her for the Jr. Ryder Cup. She went on to win the 2017 Ping Invitational and Rolex Tournament of Champions and competed in the victorious Jr. Solheim Cup in 2017 and 2019, and the victorious 2018 Curtis Cup.

She eventually turned pro in 2019.

Did that mean she would forgo a college education?

“It was an easy decision [to turn pro] because I wasn’t going to be giving up my education and that was super important to me,” said Li, who has already finished a year of credits through an online university.

Now returning to the U.S. Women’s Open for the second time since her debut [T-55, 2018], Li hopes to channel a similar mindset as when she was 11. But professional golf is different. It’s lonelier and comes with extra baggage of internal pressure.

“I had a lot of friends when playing junior and amateur golf, so going to professional golf was an adjustment,” she said. “People take themselves a lot more seriously, whereas junior and college golf it’s a lot more chill.”

Makes sense – there’s a lot more on the line once money is involved. However, this doesn’t mean professionals want to let go of their carefree amateur mindset. Former No. 1 in the world and two-time USWO champion Inbee Park shared a similar experience. “Since my first U.S. Open [in 2004], a lot of things have changed,” she said. “My first U.S. Open, I was an amateur, so I had nothing to be afraid of. I [just] played a practice round with a Japanese girl amateur, I think, and really reminded me of my first U.S. Open.”

Park continued, “She just looked nothing to be scared of on this golf course and just bombing the balls. I kind of envy that, and I don't think I'll be able to ever do that again.”

Last year for Li, COVID-19 plus an injury set her back mentally. “When I was playing Symetra events, I got kind of frustrated because I felt I was playing really well but left a few shots out there,” she said.

The frustration took a toll: “I didn’t remember getting that frustrated when I was playing amateur golf,” she confessed.

Proper self-awareness and reflection improved with time. Her family has also played a huge role in how she’s maintained her healthy mindset.

“I don’t get as frustrated, and I try to not take [golf] as seriously. If you don’t play well, it’s not the end of the world and you just go on to the next hole, next tournament. And when you play well, you cherish every moment.,” she said.

“I feel so grateful to have such a strong support group. It’s really nice to know that I can freewill out there and know they will always have my back.”

The byproduct for Li’s mental maturity has been lower golf scores, and Li, born in nearby Stanford, California, is both excited and proud to be back at the U.S. Open.

“To be able to qualify this year is really exciting and especially having it being in my hometown,” she said. “That was something I’ve been really looking forward to. This year there is limited gallery, but I have some friends and family that are going to come out and watch.”