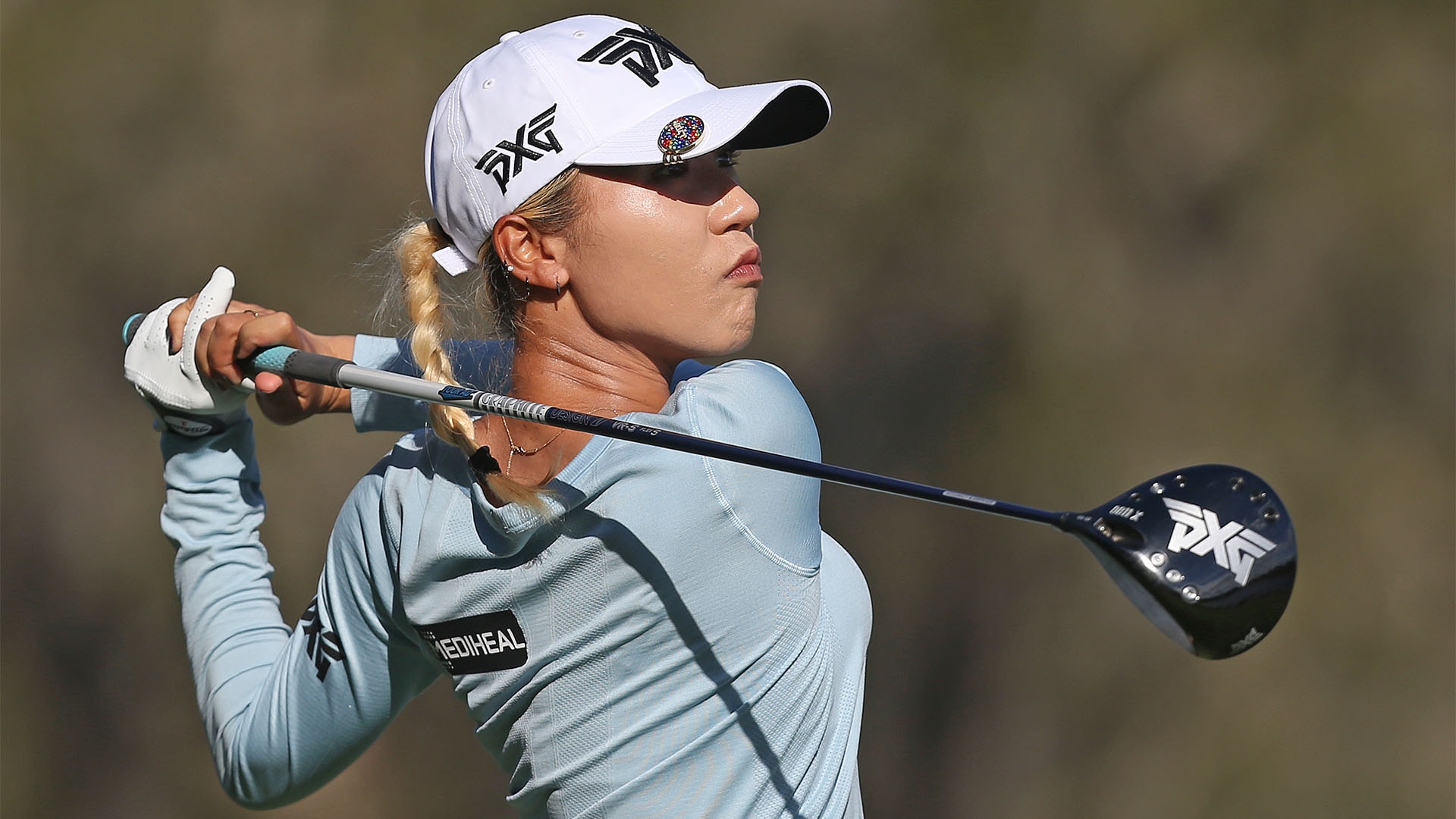 LAKE BUENA VISTA, Fla. – Lydia Ko continues to evolve. She is just 21 years old, but she looks so much different than she did when she first joined the LPGA as a rookie five years ago.

Her glasses are gone.

Her black hair is blonde.

Her body is transformed and reshaped.

That’s what made her form so striking Saturday at the Diamond Resorts Tournament of Champions. With one smooth swing after another, she made us remember what she looked like at her best.

Ko begins the year from a steadier base than she has the last few years. She’s playing pretty much the same clubs (PXG), with the same coach (Ted Oh) and the same caddie (Jonnie Scott).

She is back using Titleist, putting the Pro V1x into play after using the Callaway Chrome Soft X Plus last season.

After all the drama over the sweeping changes she has made the last couple years, there’s a consistency underlying this year’s approach that bodes well in her bid to become a regular contender again.

That doesn’t mean she isn’t continuing to evolve.

There is something new in Ko’s game that’s tough to see with the naked eye, but Oh sees it. Her swing coach sees what is at odd with the slender new look that makes her seem almost delicate.

“Lydia is so much stronger now,” Oh told GolfChannel.com. “She has worked so hard to get stronger, so she could do what she’s doing now, using her big muscles and her lower body to make these changes in her swing.”

Oh said Ko’s new swing required a stronger body. It allows her to create the speed she wants without manipulating the club. She is strong enough now to attack the ball with a swing that is more on plane.

The loop Ko once had at the top of her swing, where she dropped the club inside on the downswing, isn’t visible to the naked eye anymore. If it isn’t completely gone, it’s nearly gone.

“She doesn’t have to drop the club down now,” Oh said. “She’s more on plane.”

Ko met with Oh for a week after Christmas in Orlando home. They met for another week right before the Diamond Resorts TOC.

“One of my biggest goals this year is to improve my greens-in-regulation percentage and my fairways-hit percentage,” Ko said. “At the end of the day, it’s just accuracy.

“We’re also working to dial in my wedge play. I’m not super long, so if I’m 100 to 110 yards out, I want to turn those into as many good birdie opportunities as I can. That’s super important for me.

“We are trying to make my swing simpler and more consistent, without me manipulating it.”

Ko likes what she is seeing so far, but she knows it’s still a work in progress. Sunday at Tranquilo Golf Course is another big step in the work to be done.

“Obviously, there's still a lot to work on,” Ko said. “It's just good to know that we're heading in the right direction.”