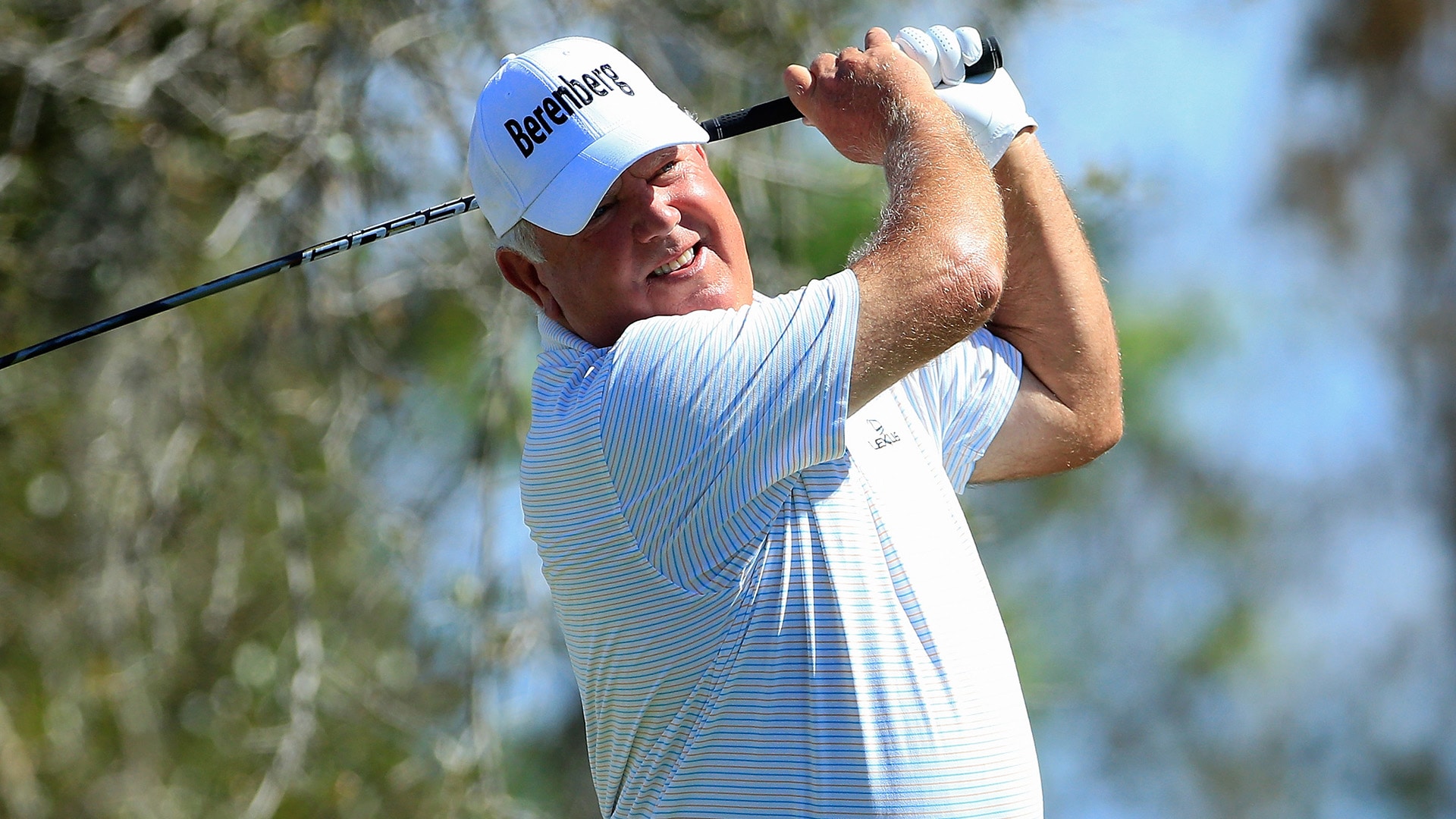 TUCSON, Ariz. — Mark O'Meara shot a 3-under 70 in breezy conditions Saturday to take the second-round lead in the Cologuard Classic, while former baseball star John Smoltz closed with a double bogey to drop 11 shots back in his PGA Tour Champions debut.

The 62-year-old O'Meara finished with a bogey on the par-4 18th to take a 10-under 136 total into the final round on Omni Tucson National's Catalina Course. He also bogeyed No. 18 on Friday in a 66 when he matched the tour record with eight straight birdies.

''The golf course is a lot more challenging today,'' O'Meara said. ''There's still a few good scores out there. We got five par 5s, so those are kind of gettable, but the finishing holes were playing pretty tough. Certainly the last hole's a tough hole, making bogey there.''

''I got my work cut out for me,'' O'Meara said. ''I'm going to have to go out there tomorrow and shoot a really good score to be able to hopefully win.''

Smoltz was tied for 56th at 1 over after rounds of 73 and 74. The 51-year-old Hall of Fame pitcher made the double bogey on the par-4 ninth. He got into the field on a sponsor exemption.

''Coming in here, felt like I could play under par and that I could play this golf course,'' Smoltz said. ''One more day to prove that. I was under par both days all the way until the end. It's much easier closing baseball games than it's been closing out the golf tournament.''

''It was a tough day,'' McCarron said. ''The wind came up, about maybe about the sixth hole or something like that. Made it a little more difficult judging distance. I had a couple little shots I thought were pretty good that turned out not very good unfortunately with wind.''

First-round leader Kenny Perry had a double bogey on the par-5 17th in a 73 that dropped him into a tie for fifth at 8 under with defending champion Steve Stricker (72) and Darren Clarke (68).

Woody Austin had a 75, ending his streak of rounds at par of better at 37 - one short of the tour record shared by Jay Haas and Colin Montgomerie. Austin was tied for 42nd at 1 under. 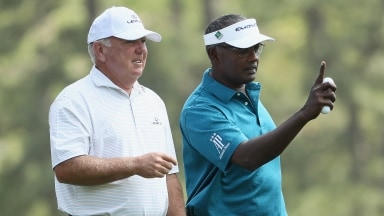 Is this final Masters for 2 former champs?

The hardest thing to do is know when the time is right to walk away. That’s particularly true for Vijay Singh and Mark O’Meara. 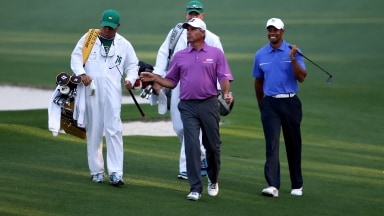 Heading into what is likely his final competitive round before the Masters, Tiger Woods is starting to set up his Augusta practice schedule.