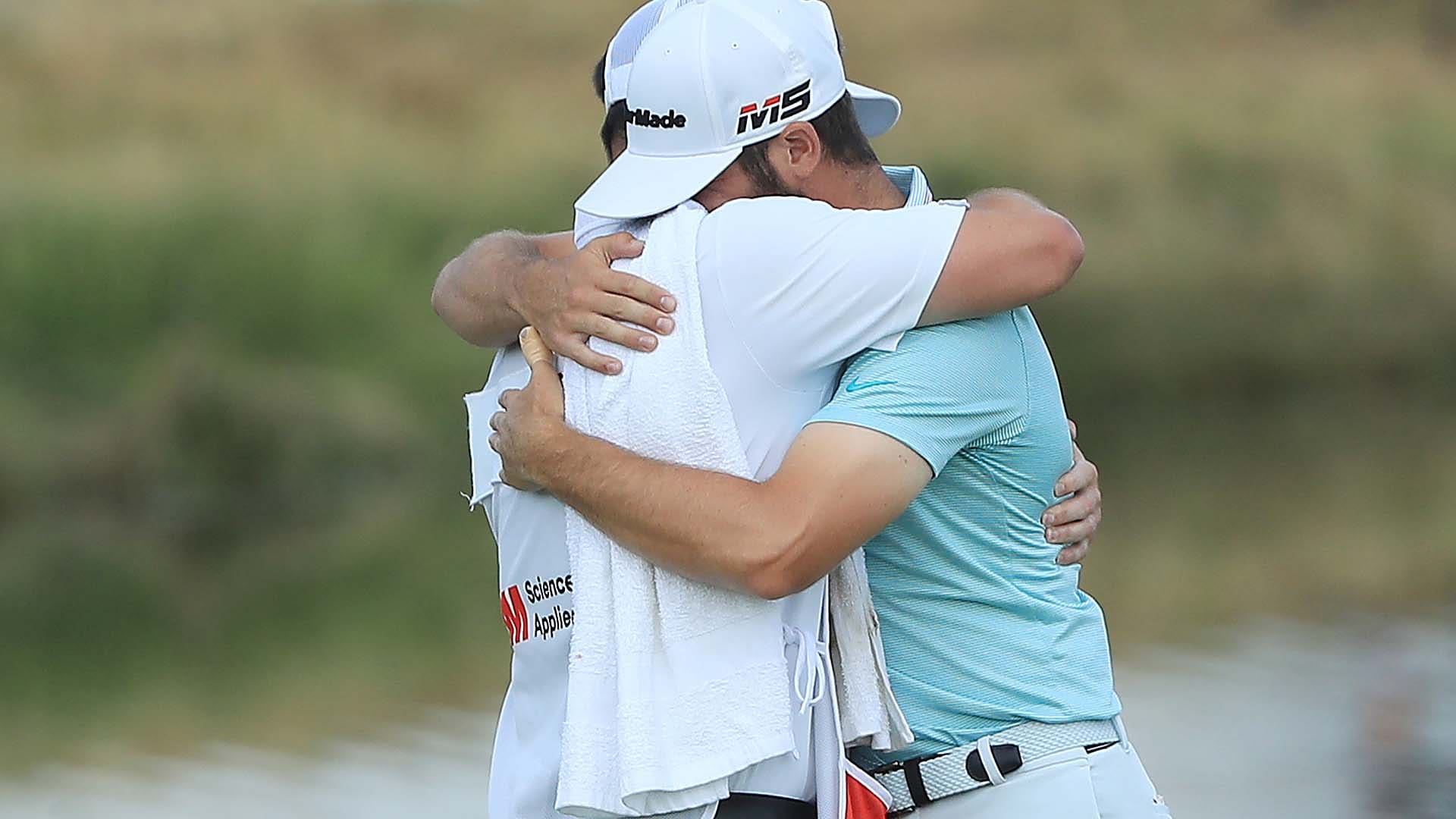 That's one way to put an end to questions about a quirky swing. Here's how things ended at the inaugural 3M Open, where former college standout Matthew Wolff eagled the final hole to win in just his third start as a professional:

What it means: The leaders put on quite a show for Minnesota golf fans coming down the stretch, with Wolff and Morikawa trading birdies. What seemed like a two-man race expanded to three when DeChambeau eagled No. 18, momentarily setting up the prospect of a three-man playoff. But Wolff authored the shot of the tournament, rolling in a 26-foot putt from off the fringe for eagle. When Morikawa couldn't match with an eagle putt of his own a few moments later, Wolff became the first sponsor invite to win a Tour event since 2016. At age 20, he's the first player to win before his 21st birthday since Jordan Spieth in 2013. After a stellar career at Oklahoma State, the former top-ranked amateur is now fully exempt on Tour through 2021 and will play in the Masters and PGA Championship next spring.

Round of the day: Wolff started the day with a share of the lead, and facing the pressure of the final group on Sunday all he did was fire a bogey-free 31 across the back nine to put the tournament away. Wolff's lone bogey came from a three-putt on No. 9, and from there he birdied three of the next six holes before his tournament-clinching eagle on No. 18 to cap a fourth straight sub-70 effort.

Best of the rest: Morikawa was every bit up for the challenge as he joined Wolff in the final group. The former high school and college competitors rekindled their duel on the professional stage, with Morikawa overcoming a slow start to shoot a 66 with birdies on six of his final eight holes. The former Cal standout continues to be a force since turning pro and his T-2 effort secured temporary Tour membership.

Biggest disappointment: When the leaders made the turn, the top spot on the board actually belonged to Wyndham Clark, who like Wolff and Morikawa was in search of his maiden win. But Clark's swing fell apart down the stretch, with multiple instances where the club helicoptered out of his hands after impact. Clark played his final six holes in 1 over to drop into a tie for fifth at 17 under, four shots behind Wolff.

Shot of the day: After watching DeChambeau put away an eagle of his own and knowing that Morikawa faced a far easier putt, Wolff's downhill trickler from just left of the 18th green seemed destined for the hole. In time it could become a shot that's replayed as often as Spieth's 72nd-hole bunker shot at the 2013 John Deere Classic that sparked a torrid start to his own pro career.

Quote of the day: "I just proved to myself that I can be out here." - Wolff