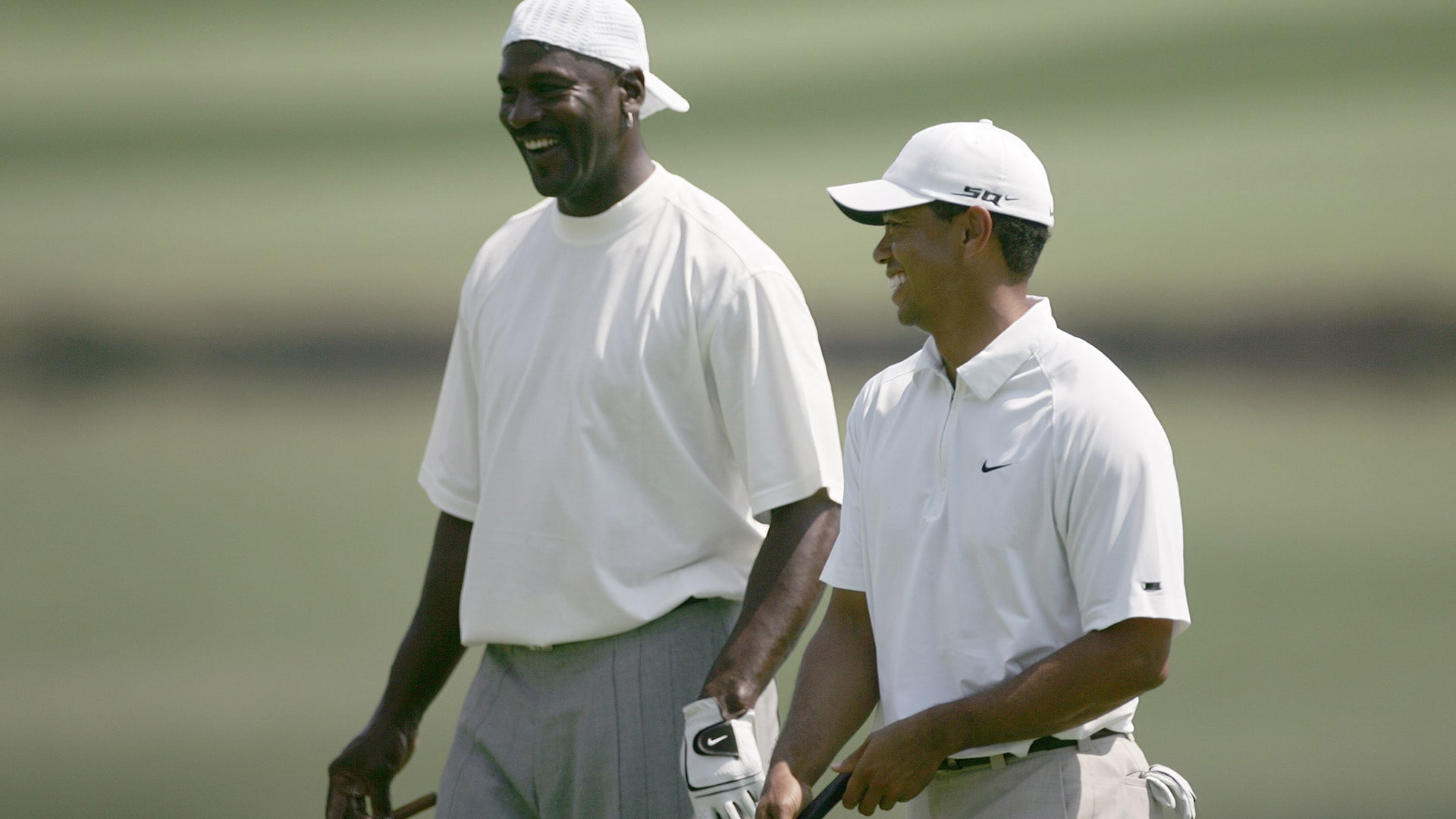 Getty Images
“To me, it was the greatest comeback I've ever seen." - Michael Jordan said about Tiger Woods winning his fifth green jacket at the 2019 Masters.  -

The man knows a few things about comebacks, and he knows plenty about greatness.

So when six-time NBA champ Michael Jordan caught the final round of the Masters on Sunday, watching with the rest of the sports world as Tiger Woods captured his 15th major and first since 2008, he didn't hesitate to describe what he saw.

"I took two years off to play baseball, but nothing like that," Jordan told The Athletic. "I'm pretty sure he questioned himself, whether he could get it back, and he had to put a lot of work in. But he took it head-on. He had to change his game; he had to change his perspective a little bit. To me, it was the greatest comeback I've ever seen."

Jordan won three straight rings from 1991-93 with the Chicago Bulls before abruptly leaving the NBA to pursue a baseball career, returning in 1996 to start another run of three straight titles from 1996-98. He remained an avid golfer throughout his career and since leaving pro basketball, and Jordan reportedly watched Sunday's final round alongside former world No. 1 Luke Donald in Florida.

Jordan admitted that Woods' performance "surprised" him to a certain extent, and after watching him slip into a fifth green jacket he called Woods this week to offer his congratulations.

"I never thought he'd get back physically," Jordan said. "He didn't think he'd get back physically. But he did it. No one expected him to be back the way he is now. He's probably the only person who believed he could get back. To me, that's a major accomplishment. To me, it's unbelievable. Mentally, you always think you can. But you can't answer to what your body has to deal with."

Woods' Masters triumph came seven months after his win at the Tour Championship, where he broke a five-year victory drought at the Tour's capstone event. Now within one victory of Sam Snead's all-time record and only three majors behind Jack Nicklaus, Jordan believes that an invigorated Woods may only be getting started as he looks to take on players half his age.

"They got problems," Jordan said of Woods' peers on Tour. "His confidence is only going to build from here. The unknown is the biggest thing. He's won a Tour event, he's won the Masters, he's won a major."