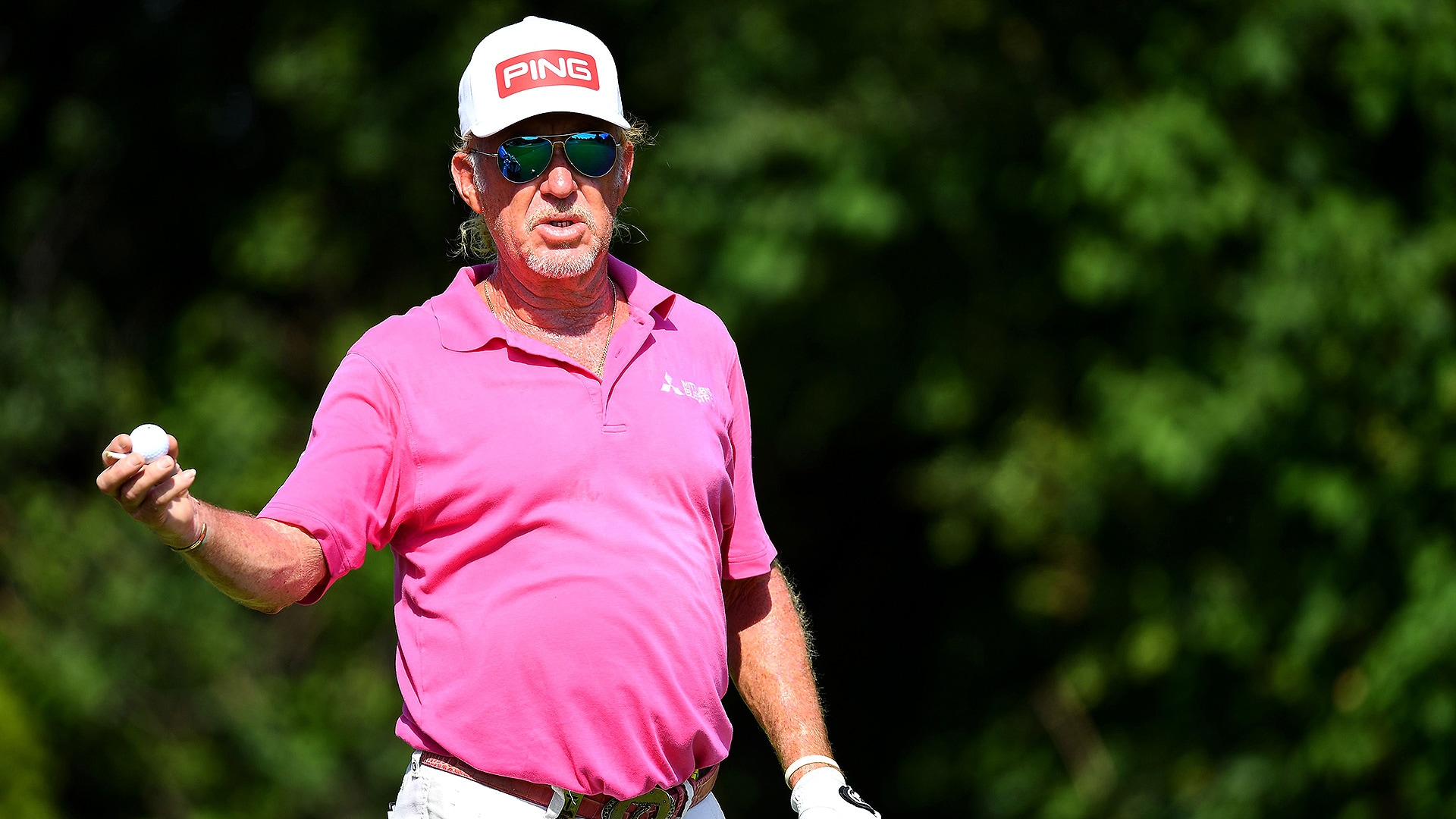 Miguel Angel Jimenez is trying to break his own record again.

Already the oldest winner in European Tour history, the 56-year-old moved into position to shatter his own mark as he took the 36-hole lead at the Austrian Open.

Through two rounds Jimenez is at 11-under 133, two shots clear of five players. Jimenez made 10 birdies in a second-round 65 on Friday at Diamond Country Club in Austria.

“It feels great,” he told the European Tour’s website. “Four months without competing, it’s nice getting back into a tournament and feeling the tension again. ... I was excited to get back. I miss the competition.”

Jimenez, a 21-time European Tour winner who is making his 705th career appearance, already owns the first-, second- and third-place records as the oldest player to win a European Tour event. The current record is from when Jimenez won the Spanish Open in 2014, at 50 years old and 133 days.

This week’s Austrian Open is a dual-ranking event on the European and Challenge tours. It’s the first time the European Tour has played since early March, when the circuit shut down because of the coronavirus pandemic.

First-round leader Joost Luiten shot 70 in the second round and is among the group of five players who enter the weekend two shots behind.

Jimenez plays primarily on the PGA Tour Champions, and he’s currently ranked fourth in the Charles Schwab Cup standings. He hasn’t played on that tour since March 8. The seniors are scheduled to resume July 31 at The Ally Challenge in Michigan.