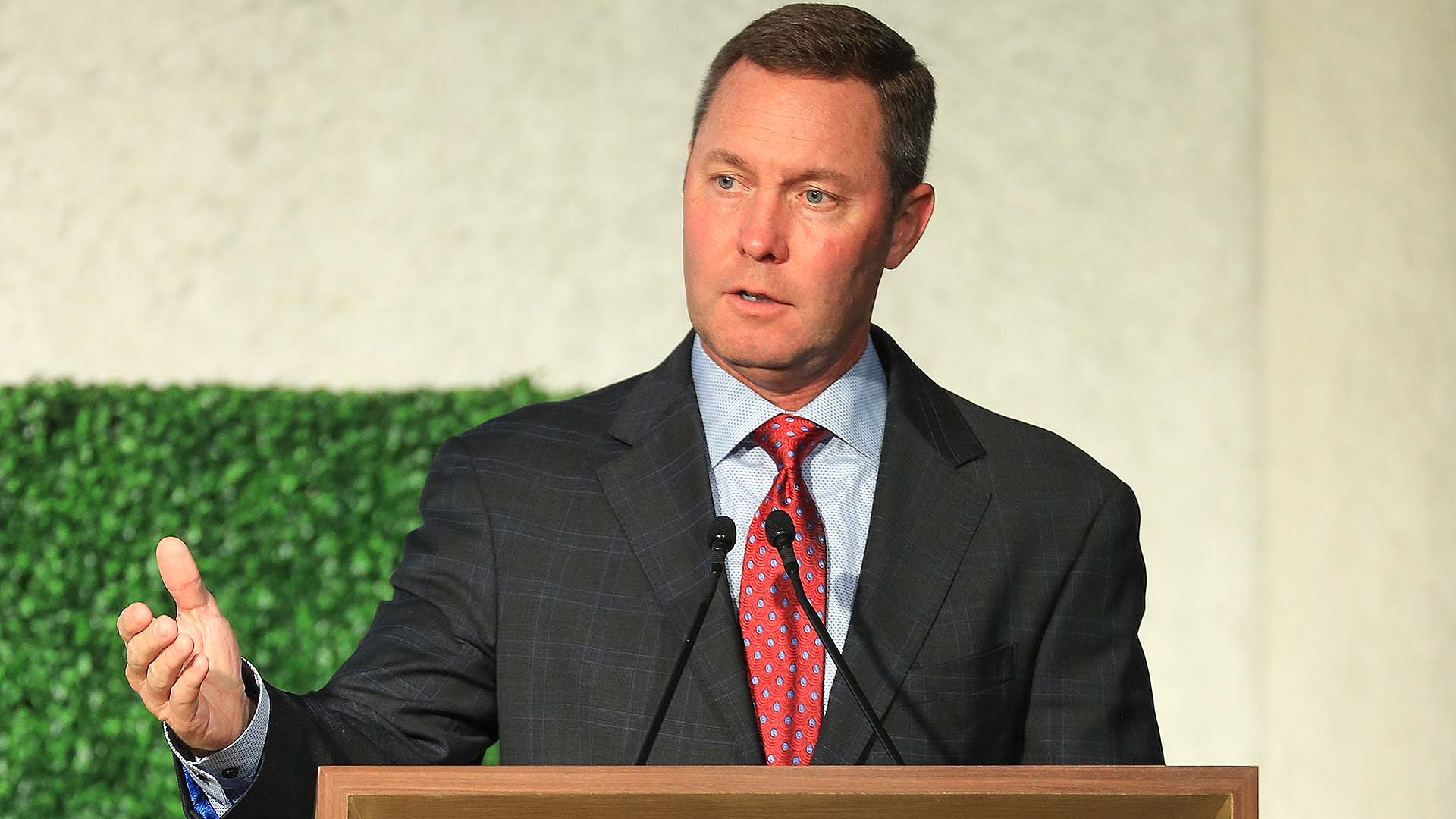 The USGA announced on Wednesday that current LPGA commissioner Mike Whan will succeed Mike Davis as its new CEO, becoming the eighth top executive in the organization’s history.

Whan is expected to formally be seated in the position by “the middle of the year,” said USGA president Stu Francis. “From now until then, Mike’s going to be very actively involved in our strategic decisions and thinking. He and Mike Davis will probably speak every other day.”

Davis, who announced last September his intention to step down in 2021 after 10 years at the helm, will depart sometime after the succession to team with course architect Tom Fazio II in a new company, Fazio & Davis Golf Design. “I know the USGA will be in great hands,” said Davis, “and I look forward to partnering with Mike to ensure a smooth and successful transition.”

The choice of Whan comes at a time when the USGA is seeking stronger alliances with the expanding and changing entities in the golf world, as well as negotiating the revenue challenges of a non-profit sports organization. It’s become a complex, increasingly corporate job, with the most sensitive territory the ongoing debate over increasing distance, which remains contentious between the ruling bodies, who are exploring new regulations, and manufacturers and players, who tend to see that as a threat to both profits and enjoyment.

Whan’s business background, especially at large golf equipment companies, would seem important preparation for the looming landscape. The 56-year-old graduate of Miami of Ohio began his career in business, moving from executive marketing positions at Proctor & Gamble, the golf division at Wilson Sporting Goods, TaylorMade Golf Company and TaylorMade-adidas Golf, the latter three where he followed his upbringing in sports and particularly golf.

Whan became LPGA commissioner in 2010, and his 11-year tenure has been lauded for dramatic increases in tournaments (24 to 34), purses ($41.5 million to $76.5 million) and television hours (125 per season to over 500). He was noted for giving players more of a voice in the decision making. When Whan announced in early January that he would be leaving, LPGA stars along with the rank and file emphasized their appreciation for his communication skills and the trust he engendered. 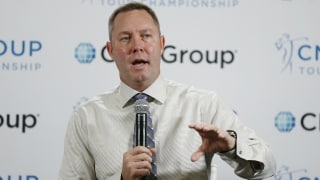 That reaction underlines Whan’s strength as a consensus builder who gets results. “I’m not great at anything, but I’m pretty good at building strategic alliances,” he said. “At the LPGA, 10 of the top 10 things I’m most proud of came about when somebody else grabbed hold of the rope and pulled harder than I could. I just got them interested in the rope.”

He is also a fluent verbal communicator, comfortable in front of microphones and cameras. There’s a realistic expectation that Whan will assume a more “out front” role than any USGA leader since Joe Dey, who ruled as executive director from 1934-68.

“That was a key parameter for us,” said Francis. “We think to lead the game, you need to have charisma, you need to be an effective public speaker, you need to be a leader with other organizations. I think you’ll see a bigger public profile for the USGA. You’ll see a more welcoming USGA to lead the way, to make important decisions and get people coalesced around us. He’s been doing that, but this is just a bigger stage to do it on. Mike Whan is the right leader at the right time for the USGA.”

“I’m not shy,” Whan conceded. “Stage fright has never been a part of my life.”

Whan said he began considering the job after meeting with the USGA’s search committee in December. “It was the first time as commissioner I had shown interest in something else, and an indication that it was time to walk away. The USGA job was a hope at the time, but certainly not on the table.”

Whan announced on Jan. 6 that he would step down as commissioner sometime later this year. He said he reached his final decision to accept the USGA job two weeks ago. He became more convinced after being urged on by each of the last two men to hold the position, David Fay and Davis.

“They both said to me, ‘Mike, do this job. It would be good for golf,’” said Whan. “Two guys who knew me and knew the job and sort of said, 'Trust me on this one.' That mattered to me.”

Said PGA Tour commissioner Jay Monahan: "I believe Mike Whan is the perfect choice to lead the USGA. Just look at his scorecard over the last 11 years after taking the reins at an incredibly challenging point in the LPGA’s history. Mike will take those experiences, his relationships and the passionate advocacy he displayed at the LPGA to ensure USGA organizational decisions will continue to be made based on what is best for both the amateur and professional game.

"And having been a leading voice in the industry for diversity, equity and inclusion with the LPGA, I have no doubt that Mike will take those same principles and make them an organizational passion project for the USGA."

Whan’s journey in the game is a stark departure from the traditionalist heritage that has been the norm among the USGA’s leaders since Dey. That’s significant especially on the distance issue, which the USGA in its Distance Insights Project states is “taking golf in the wrong direction.” That stance, and the current process of proposing possible ways through equipment regulation to curtail distance is perceived as a threat to commerce by several equipment companies. Although the organization promises an involved and prolonged process of interaction and cooperation with the manufacturers, the two sides have for the most part remained in their camps. But Whan’s comments would seem to signal a more conciliatory tone. 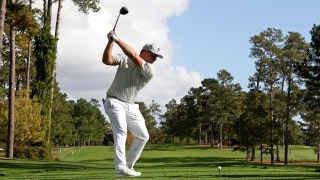 “The last thing I’m going to do is become the head of the USGA who is going to try to stick a company’s $100 million in R&D [Research and Development] in some box and say no more innovation,” he said. “I really believe that innovation, the investment that the manufacturers make in the game of golf, is one of the things that makes our sport better than so many other sports. So we don’t do this without the voice and the help of the manufacturers in the process. That won’t be easy. But that’s one of the things that makes me excited about it. I do like the people we’re talking about doing this with. I’ve lived their life. I know what it’s like to have a bunch of money in inventory and R&D and trying to push the envelope. We’re not going to take the fun out of the game. We’re not going to take the innovation out of the game. We’re just going to make sure that the game is just as fun and innovative in 100 years as it is today. And finding that balance, I’ll be the first to admit, won’t be easy. But I’m excited about a group that is not backing away from something just because it’s not easy.”

Nor is the USGA’s relationship with touring professionals, which has had to endure a steady stream of criticism over rulings like the anchoring ban, the method of taking drops, U.S. Open set ups and, of course, the possible equipment ramifications over distance. The hiring of ex-PGA Tour veteran Jason Gore as director of player relations has helped, but Francis confirmed that Whan’s many solid relationships with players across the game was an important part in his being the USGA’s CEO choice.

“I don’t know if I’ll ever be able to get the voices of the players out of my head,” said Whan. “I’m still going to be talking to a lot of players that I’ve gotten to know. They are people I respect. I can think of nothing more important to invest in than making sure that when a player wins a USGA championship, it’s the greatest moment of their life. There’s nothing more important to me than giving the best athletes in the world the best stages in the world to prove their game.”

Of course, much of how the USGA must measure its effectiveness lies in how it is received by everyday golfers, whose acceptance of the ruling bodies' strictures is, in the final analysis, voluntary. As Fay once noted, “We rule by the power not vested in us.” Whan hopes that during his tenure, the game at large will grow closer to its guardian.

“I want the golf world to perceive the USGA as a partner,” he said. “In growing and protecting this game. And making it more inviting. I know sometimes we gotta make tough decisions. But I don’t just want to be the cop of the game. I want to be the person who is in this with you.”

With that in mind, it won’t be long before the new CEO is all in. 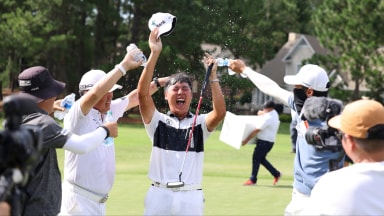 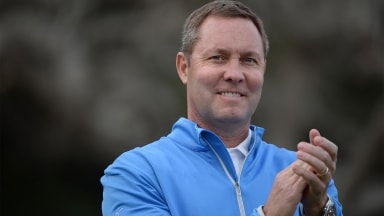