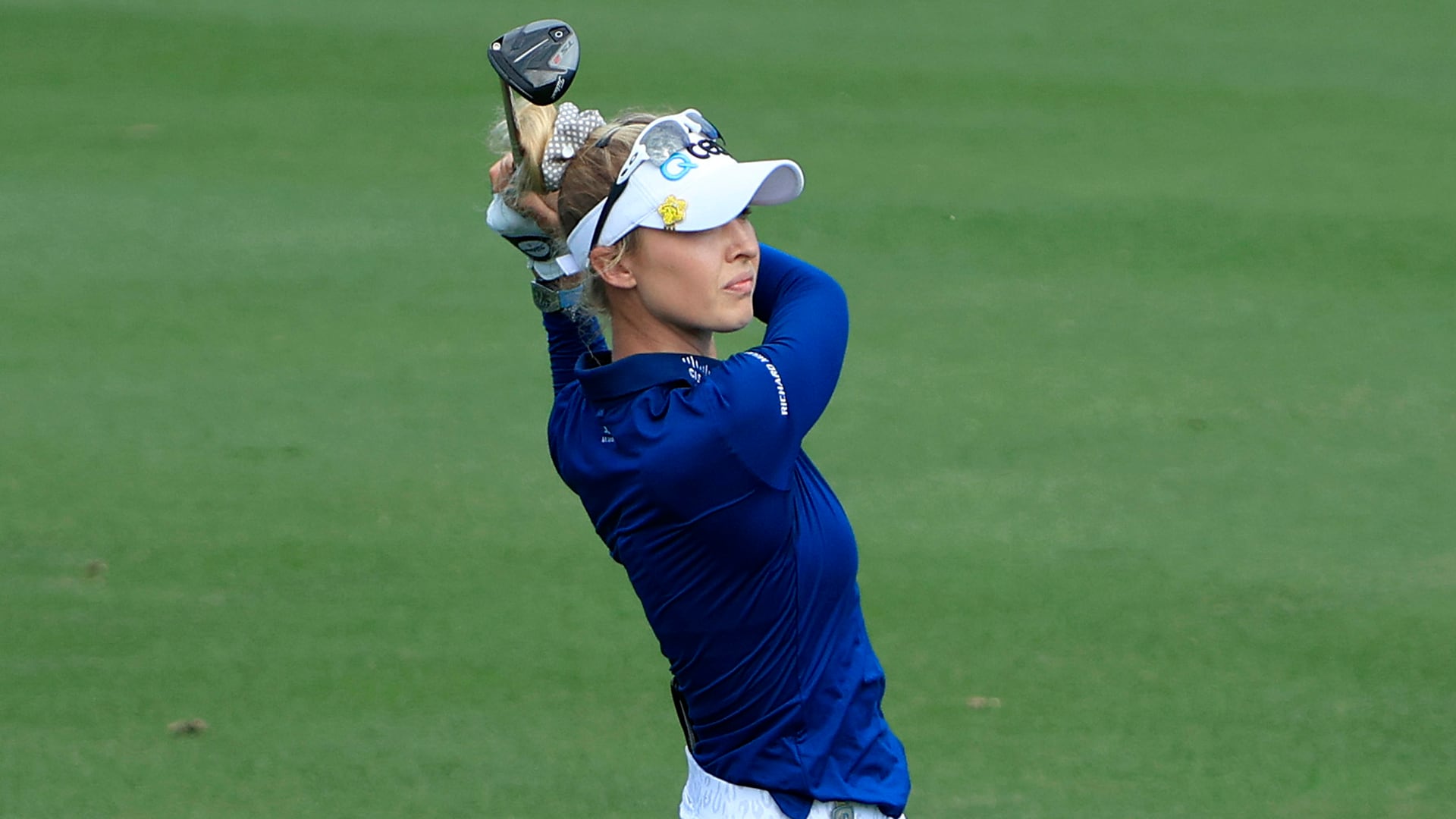 LAKE BUENA VISTA, Fla. – Nelly Korda has reunited with the man she credits for "building my golf game."

Korda followed an opening-round 65 with a Friday 66 to sit solo second heading into the weekend at the Diamond Resorts Tournament of Champions. Korda says the key to her success this week has been returning to her longtime instructor, David Whelan. The 22-year-old began working with Whelan when she was 15. Korda reunited with Whelan after the CME Group Tour Championship in December.

“I just trust Dave so much,” Korda said Friday. “I wouldn't be where I am without him. He holds a special place in my heart. Always will. And I think the chemistry is obviously there and we work well together.”

Korda split with Whelan to work with Justin Sheehan just weeks before the ANA Inspiration in September. She finished T-2 after losing in a playoff to champion Mirim Lee. She finished fifth the following week at the ShopRite LPGA Classic. Korda was forced to withdraw from the KPMG Women’s PGA Championship with a back injury and missed the cut in her return at the U.S. Women’s Open. Prior to reuniting with Whelan, she finished T-19 at the CME Group Tour Championship.

Korda, the top-ranked American in the world at No. 4 in the Rolex Rankings, spent the Tour’s three-week offseason working with Whelan. They spent time returning to a steeper backswing and reducing hip movement in her downswing. Korda sits two shots back of leader Danielle Kang through 36 holes.

“I'm hitting it really good,” Korda said. “We really dialed in on my irons and swings, so I'm very happy with that."