As nicknames pile up, Patrick Cantlay has another: FedExCup champ 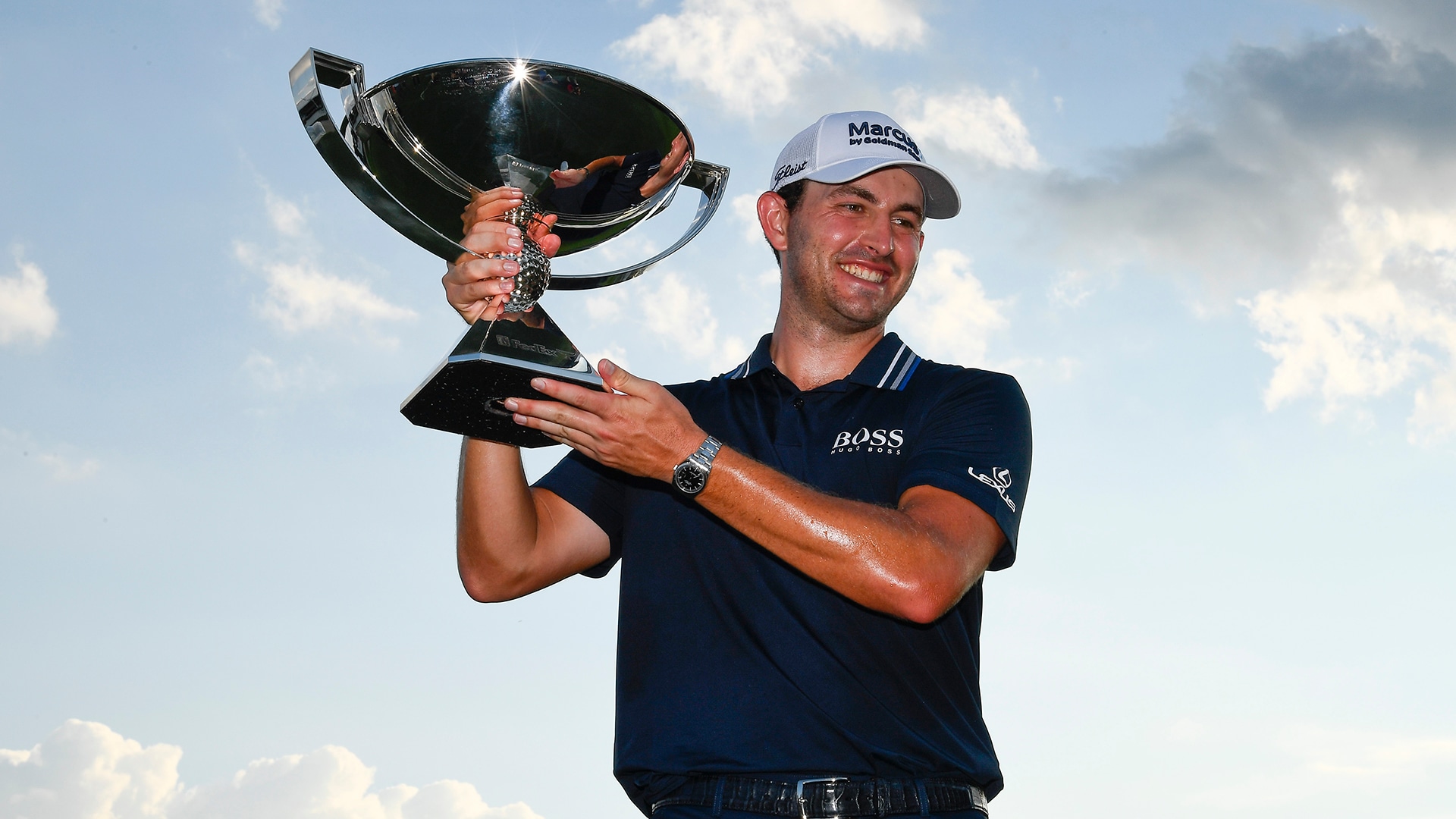 Following back-to-back Sunday brawls to claim the FedExCup, Patrick Cantlay has, in the parlance, proved his chops. You take down Big Bad Bryson in a six-hole playoff and world No. 1 Jon Rahm the next week in a Sunday shootout, and you’ve earned the right to be called whatever you want.

But “Patty Ice,” which is what the Baltimore-area masses took to calling Cantlay at last week’s BMW Championship, is certainly apropos for a player that before the last two weeks would best be described as an enigma.

But it’s not Cantlay’s only nickname and, depending on who you ask, it’s not even the most fitting.

“His nickname for a while was ‘Sheldon’ from the ‘Big Bang [Theory]’ because he was answering the questions before they were asked,” explained Jamie Mulligan, Cantlay’s swing coach since the now six-time PGA Tour winner was 7 years old.

If the golf world comes away with anything from Cantlay’s FedExCup fortnight, other than his singular ability to rise to the occasion at the biggest moment, know that tucked away behind the stoic exterior is a unique sense of humor and a 29-year-old going on 49.

“He's dry, he's linear, he's to the point. He'll give it to you straight if you ask him. He is funny,” said Xander Schauffele, who has become Cantlay’s BFF on Tour and his likely partner in two weeks at the Ryder Cup.

How is he funny? We need examples.

“Our jokes typically seem to be more inappropriate than not for television, so there's no jokes to be told here,” Schauffele laughed.

It’s there, anyone who really knows Cantlay will attest to this side that the cameras can’t see, but it’s what we can see that promises to transform him from a stoic anomaly to a superstar.

It was there last week when he finished 72 holes at Caves Valley tied with DeChambeau and needed six extra frames to win his first playoff event. And it was there on Sunday at East Lake when he had an answer for everything Rahm could throw at him.

On the fifth hole, when Cantlay’s bogey combined with Rahm’s birdie for a two-stroke swing, Cantlay countered with a birdie at the sixth to move two shots clear of the Spaniard.

It was there when it mattered the most on the 17th hole. Cantlay’s drive sailed into the right rough and his approach finished well right of the green followed by a poor chip that didn’t reach the putting surface. With Rahm facing an 11-footer for birdie and Cantlay needing to convert a 6-footer for bogey his two-stroke advantage suddenly felt very tenuous.

“Actually, made a really nice bogey, to be honest,” he shrugged.

But mostly it was there on the final hole with a 6-iron to 11 feet after Rahm had reached the back fringe of the par 5 in two shots.

“Given where Jon was, I knew I had to hit a good one. I was expecting him to make a [eagle] from there,” Cantlay said. “It felt like a match-play situation; you have to expect your opponent to make. It came off perfect. It was the best shot I hit all week.”

Apologies for the recency bias but Jon Rahm doesn’t blink or go quietly. In the simplest of competitive terms, Cantlay was going to have to win the event because Rahm gives nothing away.

In victory, Cantlay was predictably cool. The guy who has honestly earned the nickname “Patty Ice” would never be swayed by a $15 million payday or anything else that was on the line at East Lake.

“As silly as it sounds, the money is not what's really important for me,” said Cantlay, who closed with a 69 for a strokes-based 21-under total. “The money is not what drives me to play this game. Winning golf tournaments, playing golf under pressure, and hitting quality golf shots under the gun, I mean, that's why I practice and that's why I practiced my whole life.”

That’s the thoughtful side, the side that can so easily distinguish between the prize and the process and the side that’s born from equal parts turmoil and tragedy.

Cantlay just makes the ancient game look easy, and largely that comes from a plan he and Mulligan drew up two decades ago. But there’s also perspective born from hardship that started shortly after he turned pro. He struggled for years with an ailing back that was eventually diagnosed as a stress fracture in his L5 vertebrae and cost him the better part of three seasons on Tour.

Just as he was preparing his comeback, his life was upended again when his friend and caddie, Chris Roth, was hit by a car and killed in February 2016 while the two were walking around Newport Beach, Calif. It was devastating and undoubtedly helped shape Cantlay into the flat-liner that audiences are now straining to understand.

It’s the old idiom: It’s better to remain silent and be thought a fool than to speak and remove all doubt. Cantlay is no fool. For those who might need proof, check his thoughts earlier this week on the Player Impact Program. It’s an insightful testament on social media and the dangers of seeking attention at all cost.

“He comes across to everybody as maybe aloof or boring, but he’s one of the funniest and smartest guys in the room and he’s got a huge intuition about people and a really, really light way about him,” Mulligan said. “He’s never going to be the guy who wants to get the attention, ever. I don’t think that comes across on TV.”

There is no easy answer to the enigma that is Patrick Cantlay. He’s thoughtful and, at least around his friends, quick with a joke. He’s also complicated – most successful people are – and an old soul.

“He’s never listened to full song that was written after 1979,” Mulligan added before joining the victory celebration. “He’s listening to Led Zeppelin and Jackson Brown, he likes the classics.”

He’s a little “Patty Ice,” a little “Sheldon” and an absolute force of nature when he’s between the ropes with a golf club in his hand. 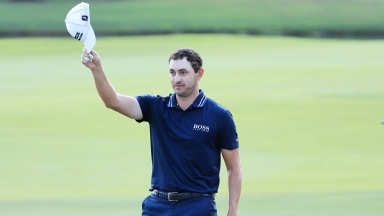 Patrick Cantlay edged Jon Rahm by one shot to win the Tour Championship and the $15 million FedExCup on Sunday at East Lake.