'Not too frustrating': Thomas shrugs off closing bogey at CJ Cup 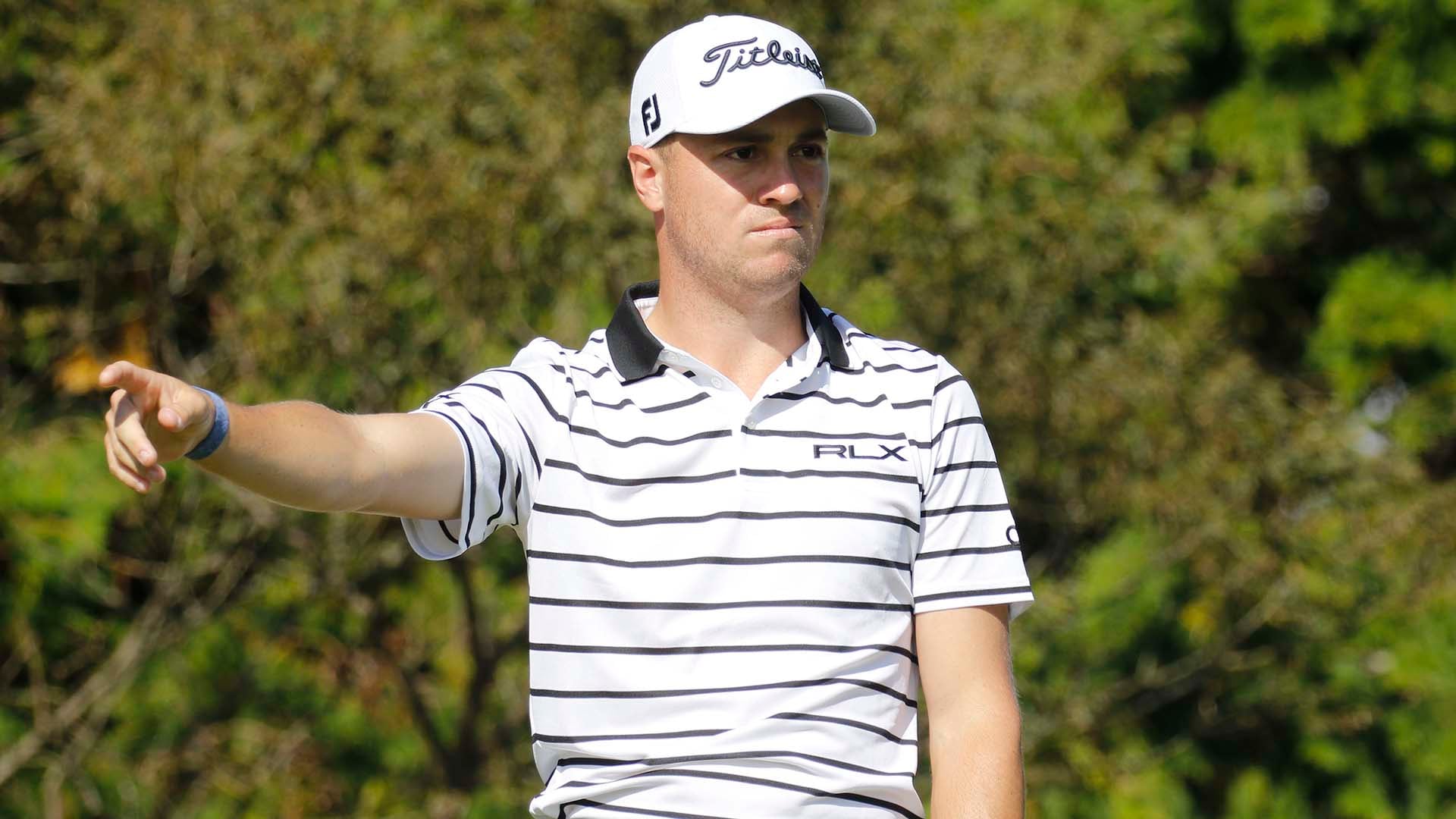 What a difference one hole can make.

Justin Thomas led the CJ Cup by three shots when he arrived at the par-5 18th hole Saturday at Nine Bridges. But when he walked off the island green, he was on the wrong end of a three-shot swing.

Danny Lee's eagle make from the collection area left of the green earned the New Zeleander the co-lead with Thomas, who looked to be in control until hitting his second shot into the water right of the green and making a costly bogey.

"Well, it's not too frustrating since I'm tied for the lead," Thomas said after his third-round, 2-under 70. "It would be one thing if I lost six or seven shots today, but I feel pretty comfortable when I have a chance to win the tournament."

For good reason, too. Thomas has converted seven of his nine 54-hole leads or co-leads on the PGA Tour into victories. But in order to win his second CJ Cup title in three years, Thomas will have to shake off what happened Saturday and instead take away the five birdies he was able to make, three of them on the par-5s.

Thomas entered the third round with a two-shot lead and fresh off a second-round 63. By the eighth hole, though, both An and Lee had tied Thomas atop the leaderboard. While Thomas was able to stretch his lead back to three, it was mainly the product of back-nine mistakes by his playing competitors – Lee doubled the 10th while An carded a triple and double at Nos. 11 and 18, respectively.

Still, Thomas sank birdie putts down the stretch on Nos. 14 and 16, and his two other bogeys came on lip-outs, at the par-3 second and 13th holes.

"I played well," Thomas said. "You know, I just didn't hit a lot of good putts that burned the edges and didn't quite go in. You know, if a couple of those putts fall, I don't make a bad bogey on 18 and the other two bogeys I made, I hit good putts, they just caught the edge and lipped out, today easily could have been a 65 or 66, but to not really get anything out of it and still have a share of the lead going into Sunday is a good thing."