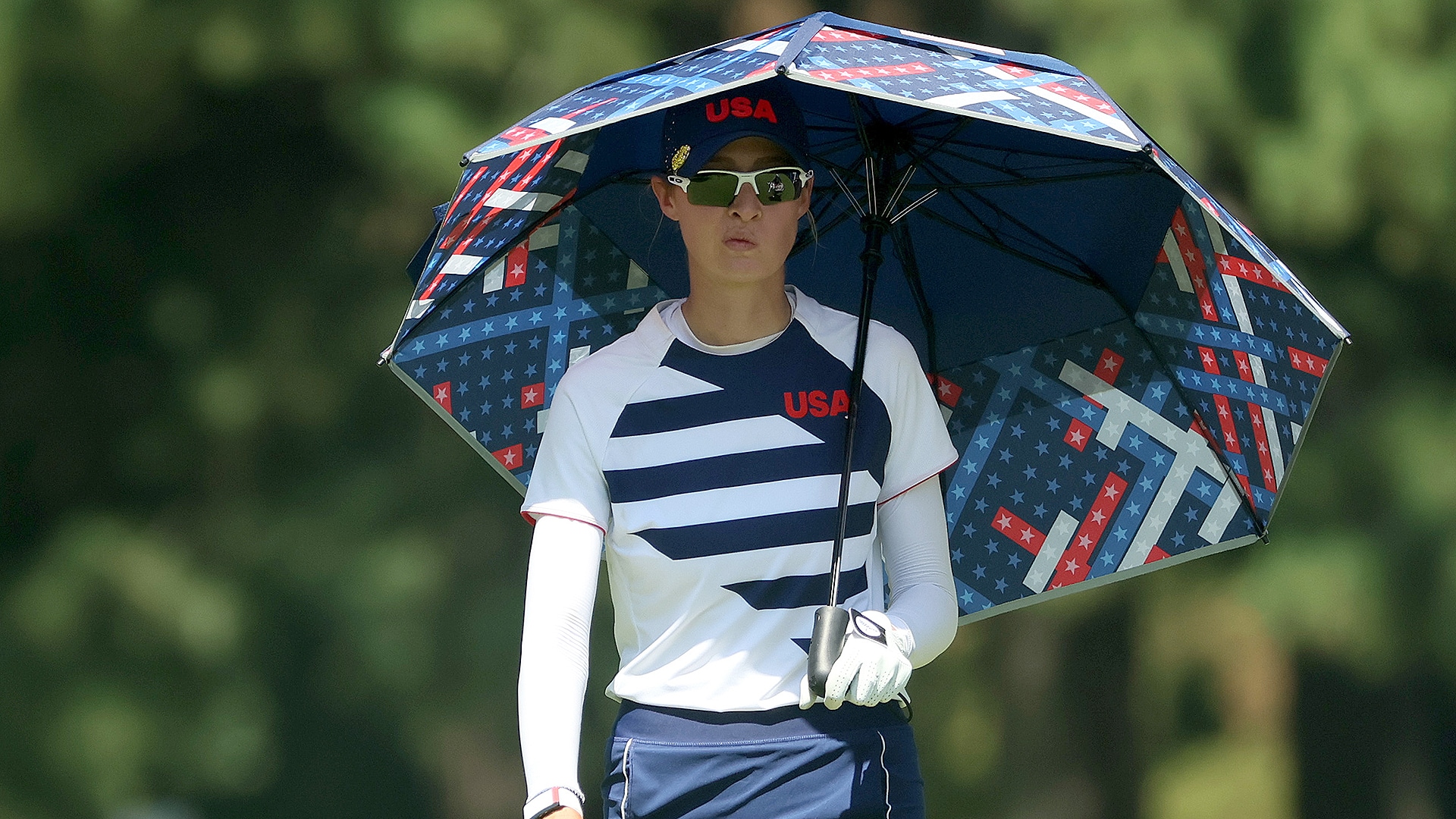 KAWAGOE, Japan – Danielle Kang had no interest in the nuances of an extended forecast or heat index warnings.

“I'm pretty bummed out about that. I hope that that doesn't happen,” said Kang when asked about the possibility of the Olympic women’s competition being reduced to 54 holes. “I really don't like women's events getting cut to 54, more often than normal; it's happened to us a little bit too much, I think. [The] men finished a 72-hole Olympic round and I would really like us to finish 72 holes.”

For now, the International Golf Federation agrees, but for officials trying to navigate a foreboding forecast and a strict schedule, it’s a little more complicated.

When the International Olympic Committee considered golf’s request to return to the Games in 2016, it was agreed that the men’s and women’s competitions would follow the same format used to determine major champions – 72 holes of stroke play. While some have called that decision unimaginative, this probably wasn’t how those opponents envisioned the format would be put to the test.

At issue for officials from the IGF is a confluence of poor weather, with a tropical storm bearing down on Kasumigaseki Country Club, oppressive heat and a rare hard out.

First the storm. Although officials haven’t given it a name, it is expected to develop into a tropical storm and is currently forecast to pass over Tokyo and the Olympic golf venue late Saturday and into Sunday morning. The women’s competition is scheduled to end Saturday.

Under normal circumstances, officials would make whatever adjustments were needed to complete 72 holes, with three coveted spots on medal podium at stake, and as of late Thursday the IGF was still clinging to the notion that the forecast would improve.

Players were informed in a memo that the plan remains to complete 72 holes on Saturday as scheduled “if weather permits.” If not, “we do have the option to finish 72 holes … on Sunday,” the memo read, with the final caveat being the option to “revert to a 54-hole event.”

Officials considered plenty of options to complete 72 holes, including playing 27 holes on both Thursday and Friday. But that idea was dismissed by Olympic medical officials. With the heat index hovering above 110 degrees, and with at least two caddies sidelined this week with heat sickness, anything more than 18 holes a day was too much. 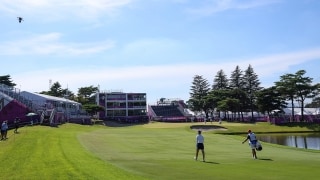 Tokyo officials plan for 72 holes, but 54 in play

The Olympic women's event will be 72 holes. Or, maybe it won't. Officials are keeping their options open, depending on weather.

“If I could have gotten an hour break, I would have been ready. I would just change my clothes and then I'll be fine. But I do prefer not playing 27 holes,” said Nanna Koerstz Madsen, who is tied for second after a second-round 64.

Asked if she had any interests in heading back out following her second round on Thursday, however, Koerstz Madsen sighed, “I would not prefer to, no. Definitely not.”

On this, Kang also seemed to be in the minority.

“Honestly, I'm for whatever. At the end of the day if it's hot, it's hot. If it's cold, it's cold. It's an outdoor sport,” she said following a 69 that left her tied for 11th place. “It would have been a little bit weird to play 27, but I would rather have that happen than cut the event to 54 holes again.”

Although she was somewhat on an island, based on a rough sampling of the 60-player field, Kang’s take was likely shared by many, at least in theory. Some quietly even asked if the men were playing this week would they have their event cut to 54 holes? It’s a valid question.

“It honestly happens way too much for me to be on board, it happened at [the Marathon LPGA Classic in July],” Kang said. “I'm so against people washing rounds. If we teed off at a 72-hole event, however long it takes.”

Normally there would be an element of “however long it takes” in the decision-making process, but that’s where the final piece of this week’s puzzle lands.

If officials could get any play in early Saturday they could, in theory, finish the competition on Monday after the storm blows through, but that’s not an option at the Olympics. The rules require all of the competitions to be completed and all medals awarded before Sunday’s closing ceremony, which begins at 8 p.m. local time.

Officials could forge ahead with the final round on Saturday and hope for the best, but any delays would likely force them to awkwardly revert to 54 holes. There’s also the issue of a possible playoff for any of the three medals. The men’s competition went long on Sunday when there was a seven-player playoff that last four holes for the bronze medal.

Perhaps even worse than the weather-shortened option was the unknown of it all and how players will adjust to Friday’s third round that may or may not also be the final round.

“I'm going to have the mindset that it's going to be a 72-hole [event] and whatever happens, happens,” said Nelly Korda, whose second-round 62 was marred by a double bogey-6 at the last hole, but she remains four shots clear of the field. “I'm not going to set my mind on that, it's just going to be less than 72 because right now it is [72 holes].”

For now, officials with the IGF are content to hedge, but the longer they let it ride the more complicated things will likely become.