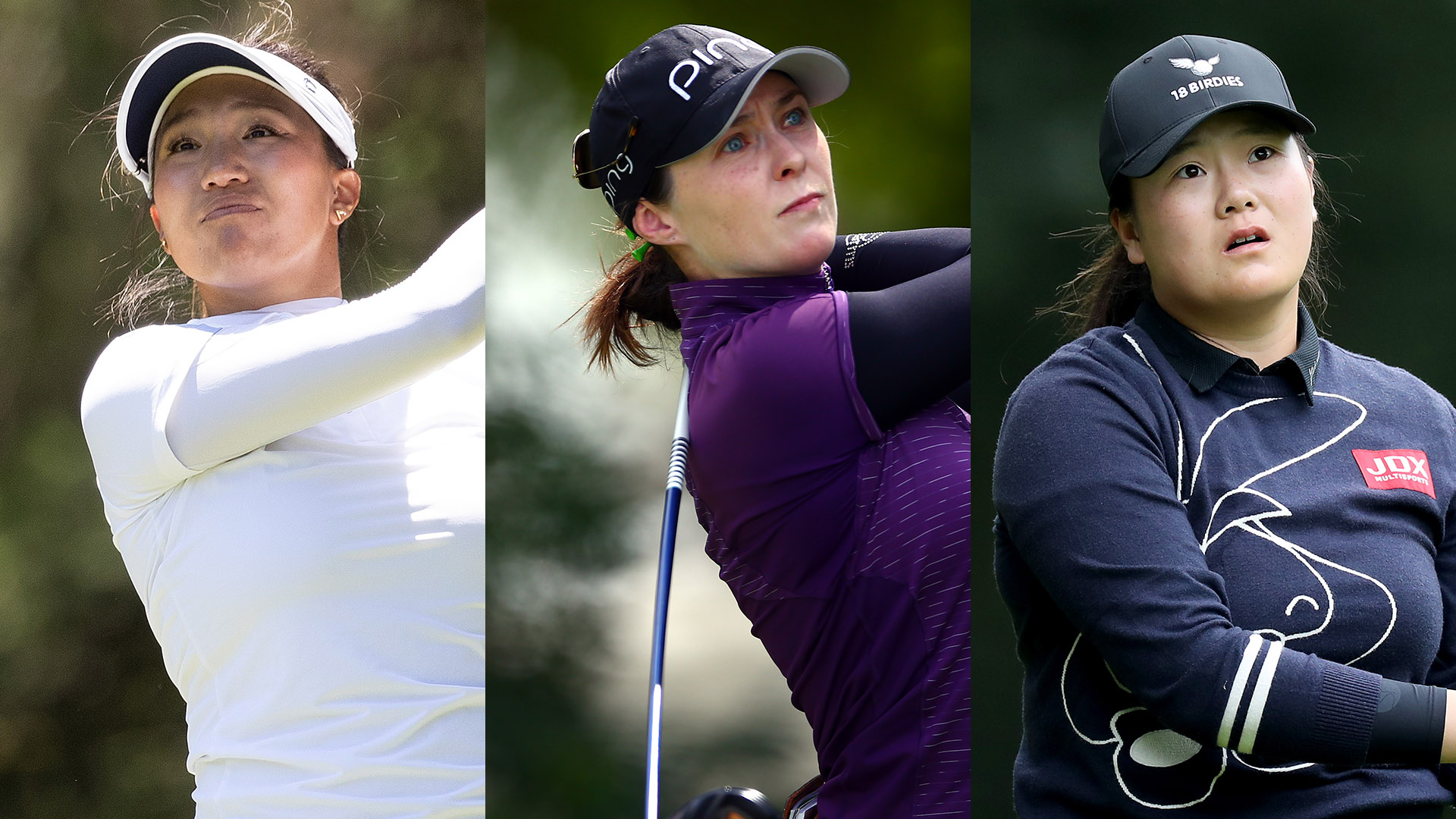 It required some computational drama to decipher, but the U.S. Solheim Cup team’s final three automatic qualifying spots were finalized Sunday at the CP Women’s Open.

In a battle of weighted points and divisors, Annie Park beat out Amy Olson for the final roster spot off the Rolex world rankings. Angel Yin grabbed the first world-rankings spot, and Brittany Altomare locked down the last spot off the U.S. points list.

They complete what is already an exceptionally young and inexperienced group of American qualifiers.

Five of the 10 automatic qualifiers are Solheim Cup rookies. Eight of them have never played overseas in a Solheim Cup. That’s a staggering lack of seasoning for the road game that lies ahead next month in Scotland, where the Americans have never won this event. They’re 0-2 over there.

“You know what? There has to be a changing of the guard sometime,” Inkster said last month. “I think the good thing about rookies is they don’t know any better. They don’t know what to expect, whether at home or away. I think that plays into my hands a little bit.”

Still, it puts more pressure on Inkster to consider using her two captain’s picks on veterans. The problem with that is her best choices are from a pool of major championship winners who have struggled to find consistent form this summer.

Inkster will announce her picks on Monday. Cristie Kerr, Stacy Lewis, Morgan Pressel and Paula Creamer are among her most proven options in Solheim play, but they didn’t make it easy on Inkster at the CP Women’s Open. They all missed the cut.

“I love the way my team is shaping up,” Inkster said Sunday evening. “The problem is I have more players who deserve to be on the team than I have spots available. That is always the most difficult part of being captain, calling those players who played well enough to be going to Scotland but who won't make the trip.

Nelly Korda, Alex, Khang, Altomare and Park will be Solheim Cup rookies. Jessica Korda, Kang and Yin have each played in one Solheim Cup but only at home.

The 10 American qualifiers have combined to win just 23 LPGA titles, with Thompson winning 11 of them and Jessica Korda five of them.

Kerr has won almost as many LPGA titles all by herself, with 20.

The 10 American qualifiers have also combined to win just two majors, one each for Thompson and Kang.

Inkster’s 10 qualifiers boast an average age of 24.9. She said she loves the grit in so many of her young players, but...

“We’re probably, definitely ... the underdogs,” Inkster said last week. “But we got nothing to lose if we can go over there and give it our best shot and see what happens.”

On Sunday, Altomare took the drama out of the competition for the final spot on the points list. She closed out the CP Women’s Open with a 4-under 68 to tie for 13th.

Yin secured the first of the two roster spots off the Rolex world rankings with an equally solid finish. She tied for 10th, closing with a 70.

Olson endured a gut-wrenching finish. She needed to finish fifth or better to beat out Park for the last spot. She played well all week, fought herself into a T-5 position coming home Sunday, but she ended up bogeying the 17th hole and finishing T-7. Olson’s bogey, ultimately, might not have mattered after Nasa Hataoka’s late birdie moved Hataoka into a for fifth with Carlota Ciganda. A three-way tie probably wouldn’t have been enough to get Olson past Park.

Olson and Ally McDonald came up just short in their bids to make the team off rankings and points, but they gave Inkster something to think about when weighing her potential captain’s picks.

And a few veterans to choose from who are eager to complement that youth movement overseas.