‘Out of the blue’: Jim Herman shocks field (and himself) with Wyndham win 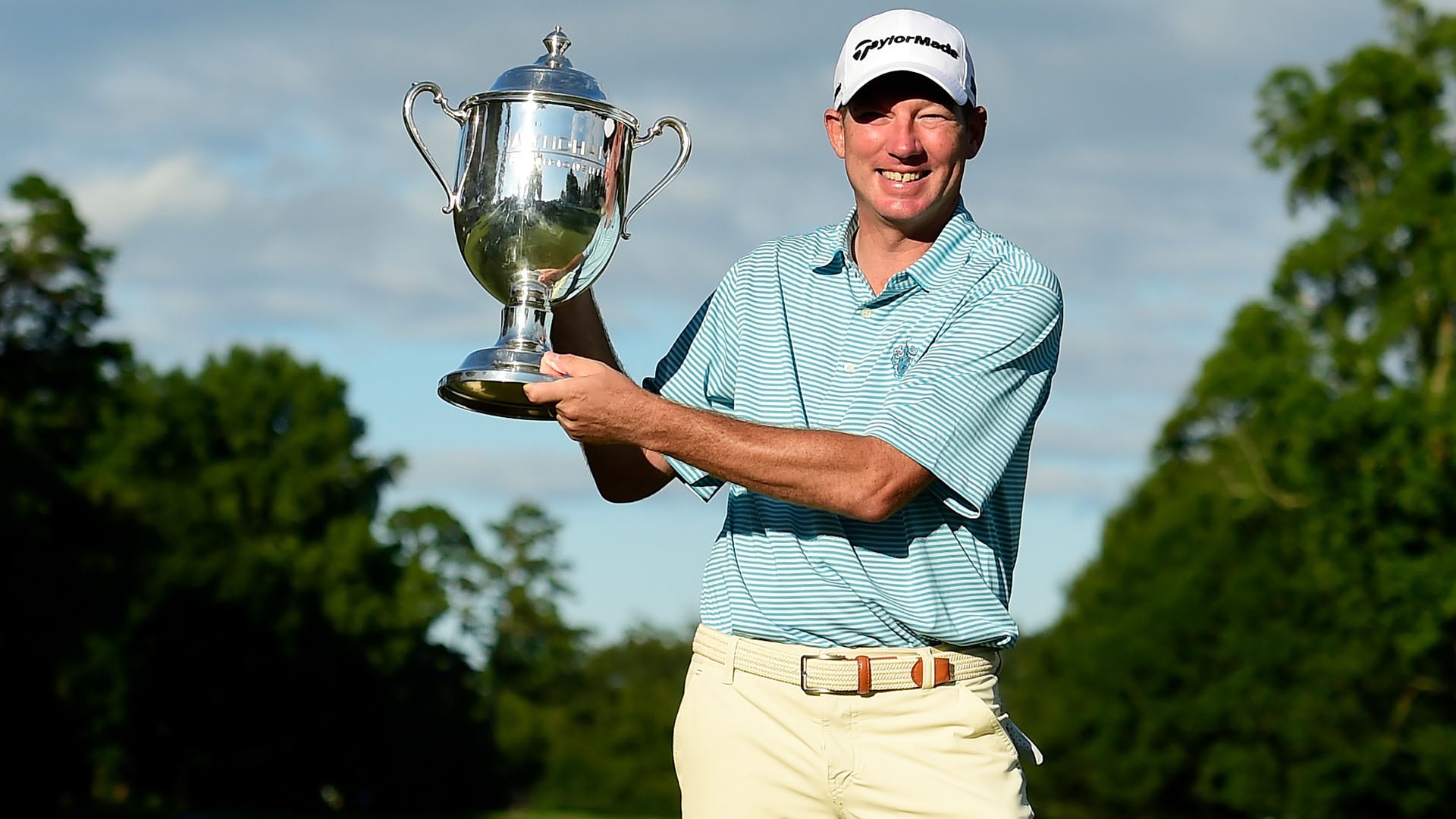 GREENSBORO, N.C. – While everyone was busy burying Brooks Koepka a week ago at the PGA Championship, Jim Herman became a footnote.

Koepka’s disastrous 74 at TPC Harding Park not only cost him a shot at a three-peat, but it beat only one person during the final round. That lone individual, the guy at the very bottom of the totem pole at the first major of the year, was Herman, who shot a 75.

It was indicative of what’s amounted to a disastrous season for a veteran who is used to lean stretches. Herman’s best finish all year was a T-27 at the Sentry Tournament of Champions – and that came against a 34-man field. He had missed three of four cuts since the restart before tumbling to the bottom of the standings at Harding Park. And he was well aware that his name came up in a rather unflattering light as a result. 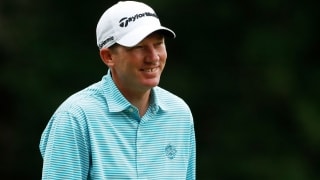 “Usually that’s a good stat, you know, with Brooks. He’s usually at the top,” Herman said. “You hate those stats. Everybody, we all read what is written about us. It gets to us. Yeah, you don’t like that you were the high man on Sunday at a major. It was pretty depressing. I played terribly.”

Of course, Herman gained entry into both the Sentry and PGA by virtue of his win last year at the Barbasol Championship, a victory that itself came out of nowhere and was preceded by 12 missed cuts in 14 starts. Even his watershed win at the 2016 Houston Open, where he held off Henrik Stenson to grab an 11th-hour Masters bid, was preceded by three out of five missed cuts.

It was a similar story this week at Sedgefield Country Club, where Herman was a 500-to-1 longshot following his “terrible” close in San Francisco. He still wasn’t generating any discussion after two rounds, teeing off in the first group of a split-tee start on Saturday. But what followed was a heater the likes of which most pros can only dream of, as Herman fired a 61 to get into contention and followed it up with a 63 to edge Billy Horschel by a shot.

One week after bottoming out, Herman got back into the winner’s circle for the third time in his career. And he did it by playing his final 36 holes in 16 under par, equaling the lowest-ever weekend score by a winner in Tour history.

The win also extends Herman’s season at the last possible moment. He entered the week at No. 192 in FedExCup points, all but eliminated from playoff contention. But with an unexpected win, he vaulted to No. 54 in points and is now assured of a spot next week at The Northern Trust and likely an appearance at the 70-man BMW Championship. Even a trip to East Lake is no longer out of the question for a player who missed 11 of 19 cuts this season.

At age 42, Herman knows he’s fighting an uphill battle. Players he faces each week are younger, stronger and longer. He’s left to chase for scraps on the handful of courses that suit his game while trying to keep nagging injuries to his foot and hip at bay. 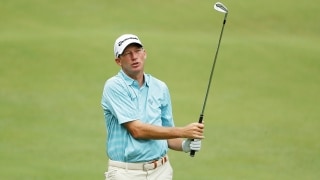 But when the pieces fall into place, Herman is demonstrating a killer instinct for making the most of his rare leaderboard appearances. Sunday he rallied from four shots down to start the day and overtook Horschel with a birdie on the penultimate hole, his sixth of the day to go along with a 59-foot eagle on No. 5.

Now thrice a winner on Tour and exempt through the 2023 season, Herman has completed an underdog’s tale by going from a former pro shop assistant to an established champion. He described his win four years ago in Houston as “life-changing,” and the victory last year in Kentucky as “validating.” As for his weekend performance for the ages in Greensboro?

“Very satisfying,” Herman said. “It’s out of the blue, I’ll definitely tell you that.” 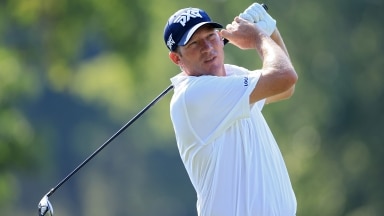 Try and tweet as he might, Jim Herman could win this week. But Herman said "I rank about 100,” regarding his PIP chances.