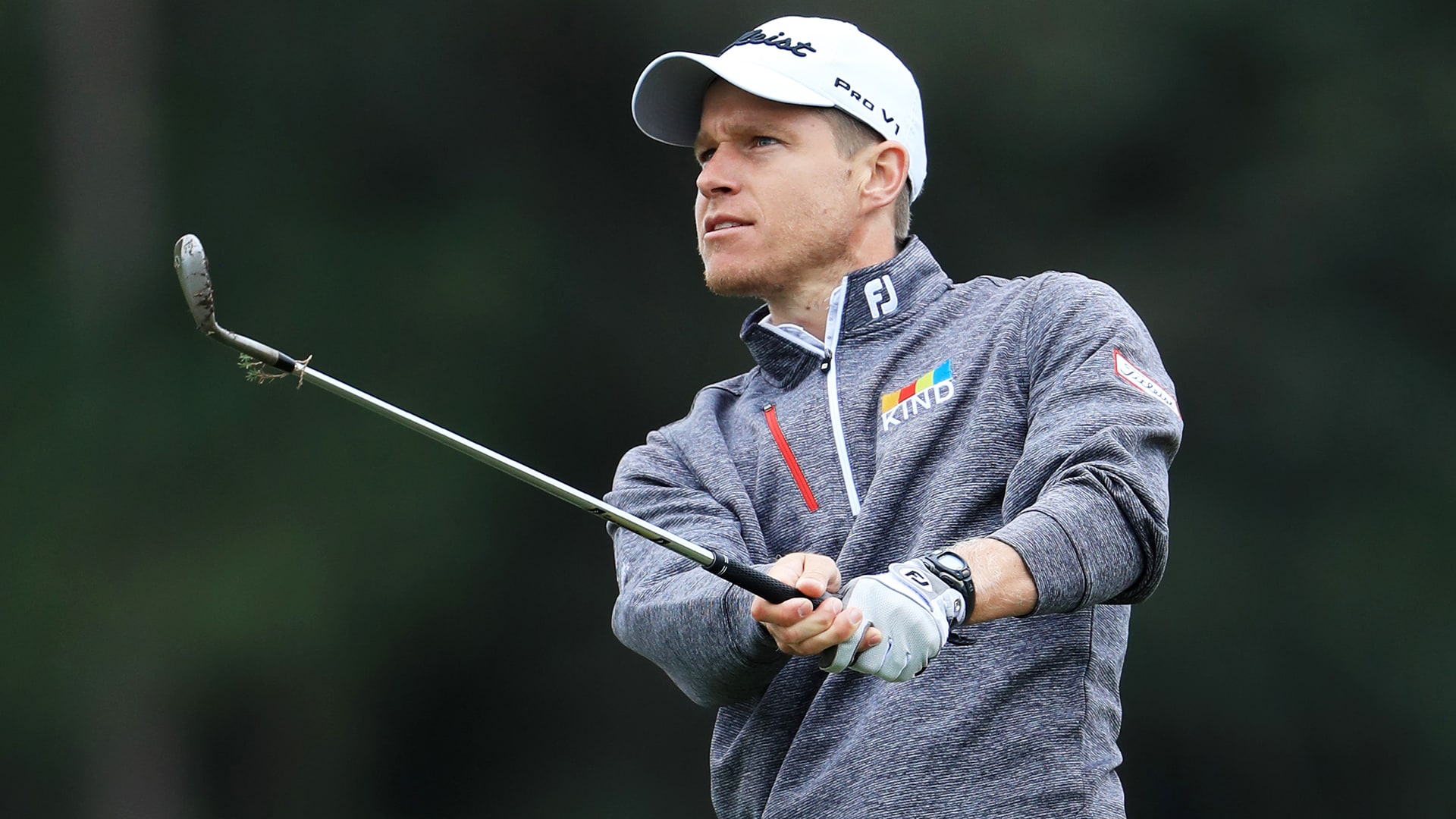 HUMBLE, Texas — Expectant father Peter Malnati started strong and shot 7-under 65 Friday to lead at the Houston Open after morning rain and lightning prevented the second round from being completed.

First-round co-leader Austin Cook, who opened with an 8-under 64, briefly got to 11 under before dropping all the way to 6 under through 15 holes before play was suspended due to darkness at 7 p.m. Talor Gooch, who started the day tied with Cook, improved to 9 under through 14 holes and is a shot behind Malnati's lead.

The 32-year-old Malnati has been playing professionally since 2009 and has one career PGA Tour title. He is expecting the birth of his first child in two weeks and said it's been "a distraction because my head's back home."

"But this week I told myself, 'Dude, this is your last tournament before you become a dad. Do something with it,'" he said.

Malnati, who managed a first-round 69 after missing the cut in his last two tournaments, teed off early in what he called "summertime" conditions, humid and dead calm before bad weather suspended play for over two hours. He took advantage with three birdies and an eagle. A couple of underwhelming wedge shots may have cost him back-nine birdies.

"I got to play the first five holes in perfect conditions and really took advantage of it," he said. "I then came back out and was able to keep the momentum going. To make no bogeys in the conditions we played is really more than I could have ever hoped for. I played the last 13 holes wishing I had hand-warmers. The wind was certainly a two or three club wind."

Although his wife, Alicia, isn't due for another two weeks, he conceded he's already "fully on call."

"She has all the media officials phone numbers," he said. "If she has to come get me off the course, she will."

Only four of the top 10 players on the leaderboard have completed 36 holes. Sepp Straka is in at 8 under, and Carlos Ortiz and Mark Hubbard are 7 under. Straka is tied with Nick Watney (14 holes) and Lanto Griffin (13).