Mannings bond on golf course amidst new chapter away from football 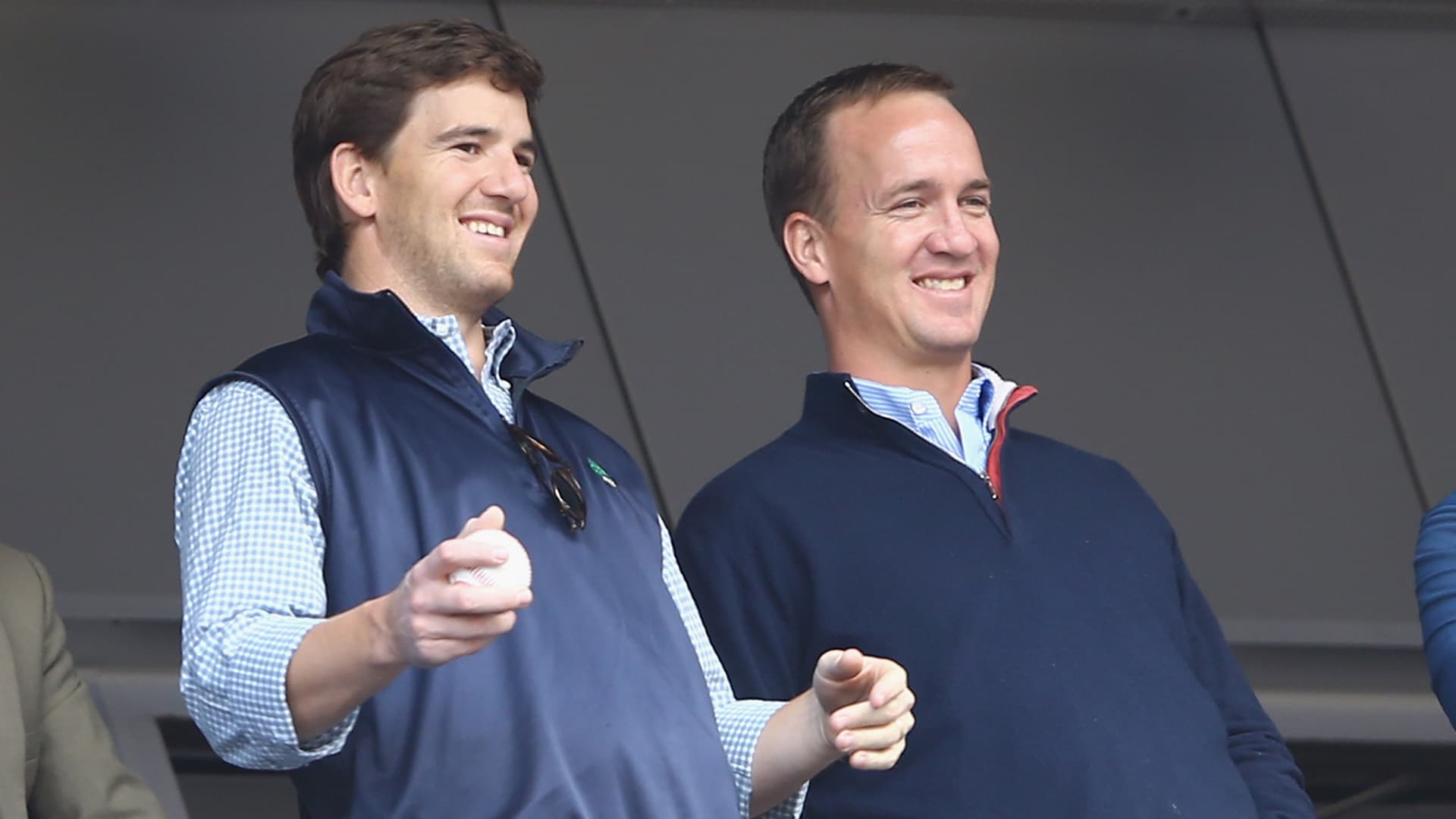 PEBBLE BEACH, Calif. – Peyton and Eli Manning embodied what the real golf experience looks like for most of us.

It wasn't in their difficulty hitting fairways or making pars during the first round of the AT&T Pebble Beach Pro-Am, but in the bonding around their shared struggle.

These former NFL quarterbacks, these winners of two Super Bowls each, were just "regular Joes" having a great time being with each other on a beautiful day on the Monterey Peninsula.

Norman Rockwell couldn’t have captured the spirit of the golf experience for the vast majority of us better than the images the Manning brothers gave us at Spyglass Hill. Rockwell couldn’t have painted a better picture illustrating the sport’s appeal for those of us more interested in the camaraderie of a regular Saturday game than the numbers we scratch on scorecards. He couldn’t have communicated that better than Peyton and Eli did walking side-by-side off every tee box, engrossed in conversation and laughter.

Even when they were making a mess of the 10th hole, there was kinship in the hilarity of the calamity.

“We were both right, in the woods,” said Peyton, the older brother at 43. “Eli hit a shot, and it hit a tree and bounced over, right where I was standing. I hit my shot, and it bounced dead right [off a tree], over to where Eli was standing.

Actually, Eli is in the hunt in the team competition. He and Kevin Chappell are 8 under, three shots off the lead. Peyton and Luke Donald are 5 under. 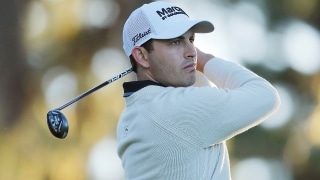 Patrick Cantlay fired a 6-under 66 on Thursday at Spyglass Hill, but trails Nick Taylor by two after the Canadian shot 8-under 63 at Montere...

Of course, with Peyton being the expert prankster, Eli wasn’t sure what to expect in his AT&T Pebble Beach Pro-Am debut.

“I was surprised I had any golf balls in my bag. I thought big bro might remove those from the bag.”

Yeah, they still love to needle each other, to pull pranks on each other, but not so much on this day.

With Eli nervous in his Pebble Beach debut, and with Eli making a new life early in his retirement, this was a day to relish what having each other as brothers meant on this stage.

“I’m kind of pulling for him,” Peyton said. “I want him to hit a good shot, and I can kind of hear him in the background when I hit a bad shot. He kind of feels for me.

“I think that’s kind of how Eli and I have always been, watching each other play [football]. We’ve kind of had each other’s backs and pulled for each other.”

While the Mannings may be the first family of football, with papa, Archie, and oldest brother, Cooper, also former players, a much smaller ball also bonds them now.

“Me and Eli get to play together, with my dad and Cooper,” Peyton said. “That’s probably as good a foursome as you can get for us.”

“We are all spread out -- Denver, New York and New Orleans -- so to be on the golf course for four hours together, with no phones and no distractions, we catch up, trying to have some fun,” Peyton said.

And, oh, they do know how to have fun at each other’s expense when the situation dictates.

Peyton still likes to take credit for toughening Eli in his youth. After Thursday’s round, he told the story of how he liked to pin Eli to the ground when they were kids, using his knees to lock up Eli arms and then digging his knuckles into Eli’s chest.

He wouldn’t stop until Eli passed important pop quizzes, insisting they were meant to educate Eli about important matters.

“Which is important,” Peyton said.

And name the 28 NFL teams of that time.

“Which is important,” Peyton added.

And, once Eli got all that down pat, Peyton would throw in some other obscure test.

“Like naming 10 cigarette brands,” Peyton cracked. “Which is important for an 8-year-old to know.”

Eli took some pride in pointing out he got some payback not so long ago on a golf trip with Peyton. He snuck into Peyton’s room while he was napping, jumped on top of him, pinned him in a corner and gave Peyton an atomic wedgie.

“An atomic wedgie is when you pull the underwear over the head,” Eli said. “It was one of my proudest moments.”

The brothers laughed at that. There’s so much to remember between shots this week, so much to look forward to, with their families promising to grow even closer with the NFL no longer consuming them.

“To play with my brother today, and for two more days for sure, is special,” Peyton said.

“We have a lot of fun and laughs,” Eli said.

That’s what golf is for the vast majority of us.