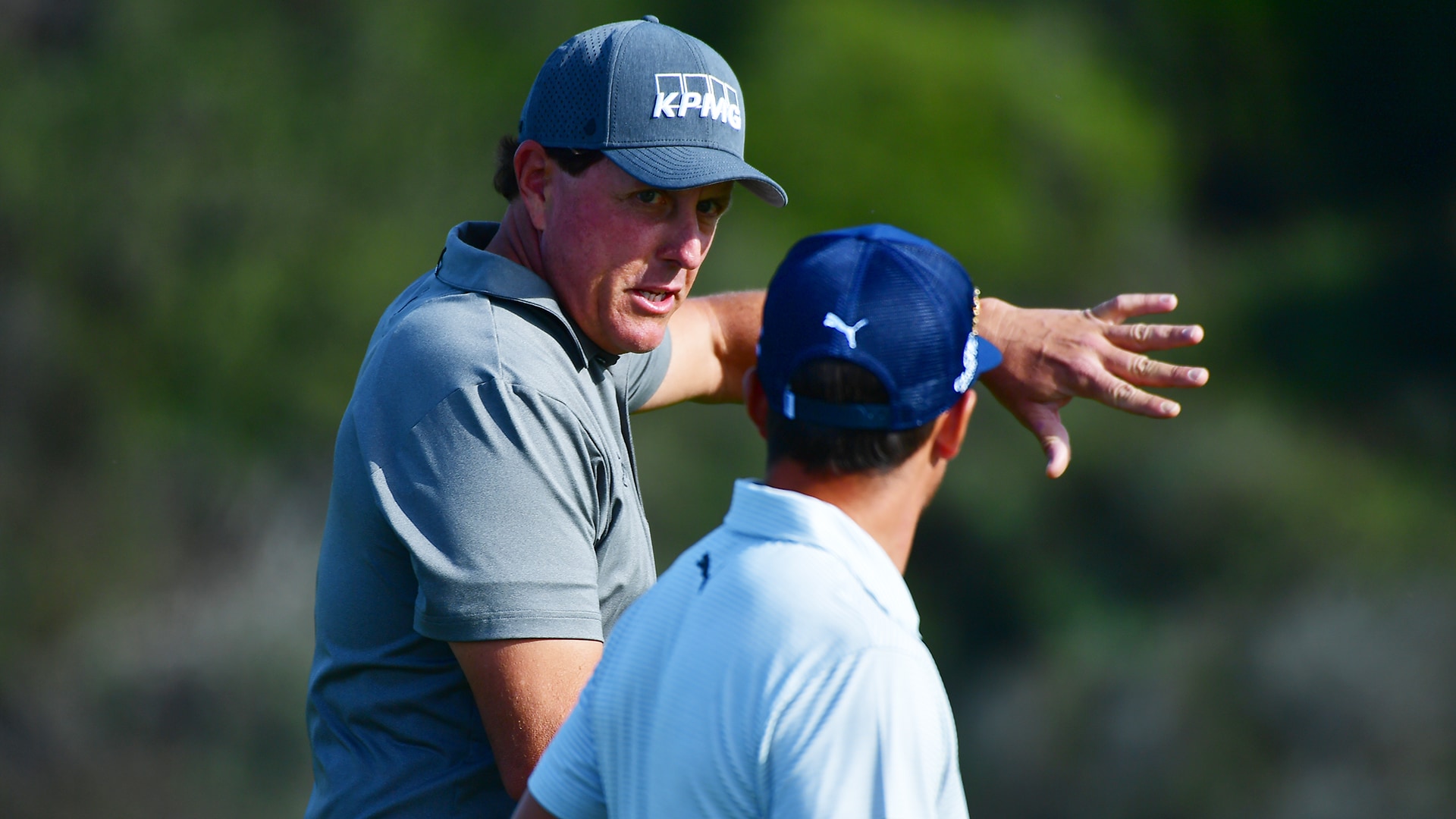 SAN DIEGO – There were plenty of high-profile players who didn’t make the cut at the Farmers Insurance Open but the most glaring early exit was Phil Mickelson.

After beginning his year last week at The American Express with an abundance of optimism following an intense offseason program to lose weight and improve his game, Lefty is now 0-for-2 in cuts made in 2020 following rounds of 72-73 at Torrey Pines.

Mickelson struggled off the tee hitting just seven of 28 fairways over two rounds for his third missed cut in five years at what is essentially his hometown event.

Lefty went to the practice range after his second round for a session with his swing coach, but his schedule won’t make it easy to turn things around. He’s scheduled to play next week’s Saudi International on the European Tour followed by a trip back to California to defend his title at the AT&T Pebble Beach Pro-Am the first week of February.