Players debutant Doug Ghim making most of another rookie season 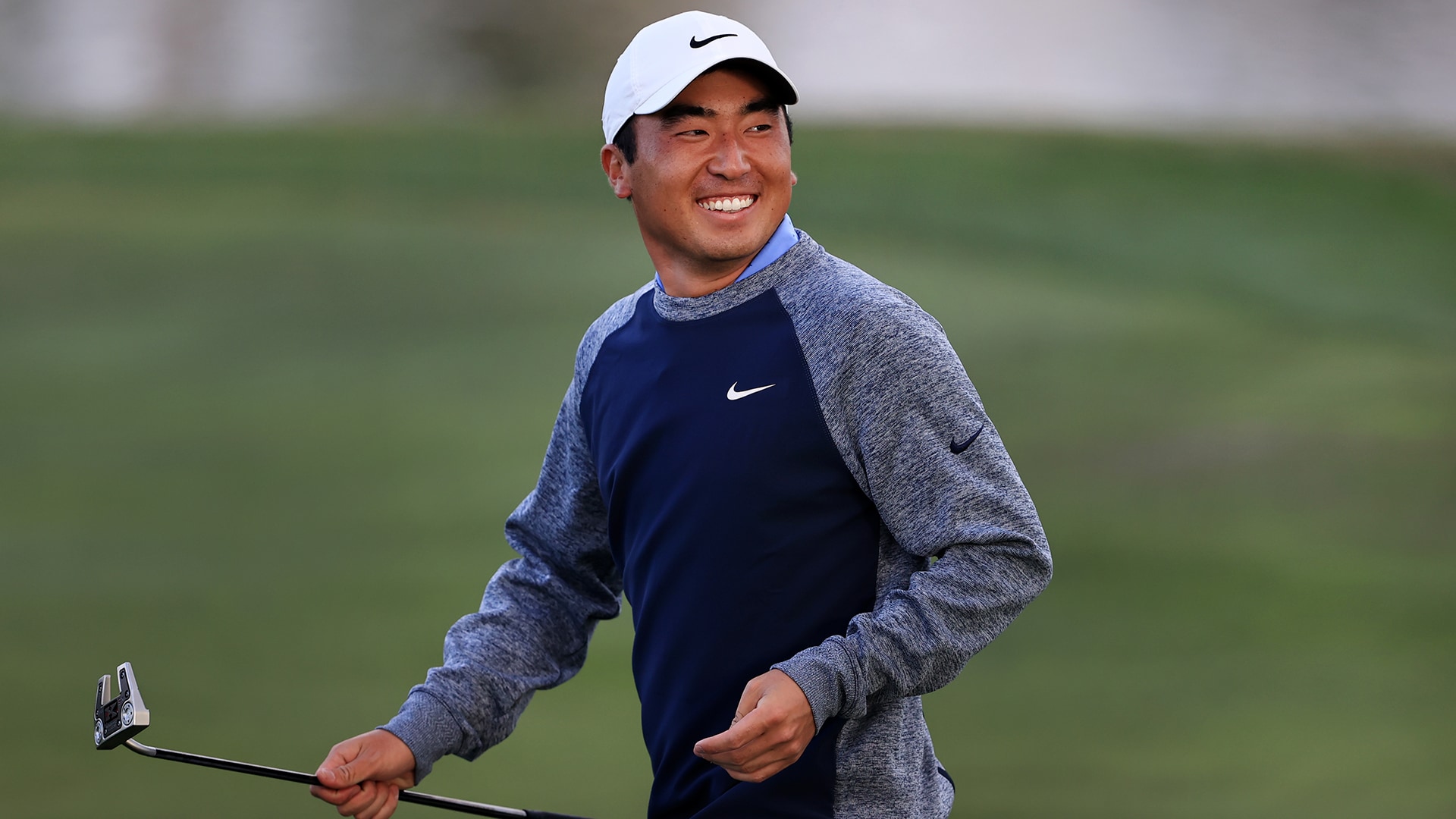 Doug Ghim wasn't supposed to be here this week.

In any other year, the University of Texas product and former Walker Cupper likely would’ve been back on the Korn Ferry Tour, fighting to regain a return trip to the PGA Tour. But when the Tour announced last year that there would be no promotion or relegation between its tours because of the coronavirus pandemic, Ghim, who struggled last season as a rookie, found himself with another chance.

He’s since taken advantage, and this week he’ll make his debut in The Players Championship.

“It’s silly to say in any way that COVID was good for me, but looking at it in a positive light, I was very fortunate that the Tour decided to reward guys who gained their status the year before and allow them to keep their status going into the year,” Ghim told GolfChannel.com last week at Bay Hill. “That gave me time in the summer to try and figure things out.”

Ghim, a 24-year-old Chicago-area native who starred at both the junior and amateur levels, earned his way to pro golf’s biggest stage two years ago after sinking a huge par putt on his final hole at the Korn Ferry Tour Championship. However, he made just five of 16 cuts during the Tour’s pandemic-shortened season, finishing with only two top-25s and 102 FedExCup points, which ranked him No. 184, which normally would've sent him to the KFT Finals.

“It was tough,” Ghim said. “Every opportunity seemed like a big deal, and I didn’t play as well as I would’ve like to.”

When the season was paused, Ghim was reeling with five missed cuts in six events. Once he realized the Tour would essentially hit the reset button in the fall, he got to work back home in Las Vegas, diving in with swing coach Drew Steckel, putting instructor Paul Vizanko at Scotty Cameron and new mental coach Jared Tendler.

He also made a few equipment switches, returning to a setup more similar to what he used during his amateur career, which included a runner-up finish at the 2017 U.S. Amateur, winning the 2018 Ben Hogan Award, being named a four-time All-American with the Longhorns and earning low-amateur honors at the 2018 Masters Tournament.

“I learned that I didn’t really have to do anything that I didn’t feel like I wasn’t already capable of, I just needed to get a little better at what I do well,” Ghim said. “It was a long quarantine, but I got a lot of work done and at the end of it I felt pretty much where I was in college. Obviously not to be insensitive to the people who are being affected still, but there was a silver lining in there for me.”

With a re-tooled game and renewed confidence, Ghim opened the new season last fall with a T-14 finish at the Safeway Open and notched three more top-25s in his next four starts. After sharing fifth at The American Express in January, Ghim had risen near the top of the category reserved for KFT grads, and his FedExCup ranking was good enough to get him into bigger events, including the Genesis Invitational at Riviera, site of his runner-up finish to Doc Redman in 2017. Though Ghim missed the cut that week, he did play two rounds alongside his former Texas teammate Scottie Scheffler.

Ghim said he was both motivated and disheartened last year seeing his peers play well, including Scheffler, who won the Tour’s Rookie of the Year award last season.

“I’ve always been somewhat of a slow-starter,” Ghim said. “I was used to seeing Scottie play well in the beginning and then trying to catch up, as a junior and in college. … Experience is an important thing, and he’s got more of it than I do at this point in time. I look forward to being able to gain some of that this year and hopefully mirror a lot of what he did his first year out here and I’ll be kind of in the same boat very soon.”

No longer sweating out alternate lists, Ghim, currently 65th in the FedExCup, can now rely on a consistent schedule to build momentum and get better. He found something in his putting alignment last month and has started to drive it better after cracking his driver at Riviera. The next step for Ghim is to start contending.

Last week at the Arnold Palmer Invitational, Ghim fired a third-round 65 to get into the weekend mix before slipping with a final-round 81 and tying for 34th. It wasn’t the finish he’d envisioned when he began the day, but he’ll get an immediate chance to bounce back in the Tour’s flagship event at TPC Sawgrass.

“I’m accumulating a lot of good experiences,” Ghim said. “Frankly, I’m having the rookie season that I expected to have last year a year later.”