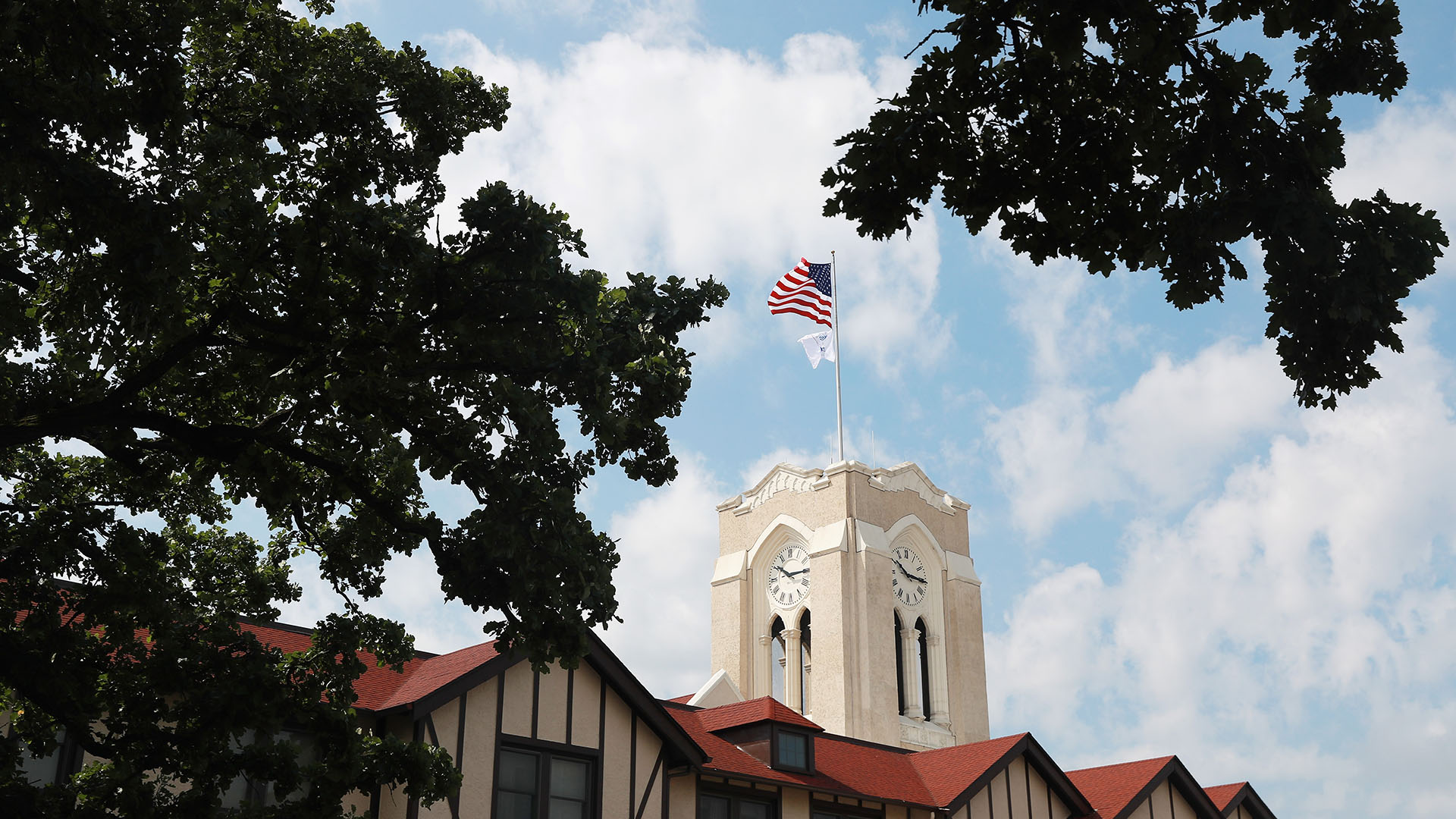 The PGA Tour's FedExCup Playoffs have hit the midway point, and the race is on for a coveted spot at East Lake.

While 70 players will tee it up this week at the BMW Championship, only 30 will advance to next week’s season-ending Tour Championship. Although some top stars can spend the week at Olympia Fields jockeying for position and starting strokes in Atlanta, others are simply trying to earn a seat at the (lucrative) table.

From a relatively unknown venue to Dustin Johnson’s follow-up and Tiger’s Hail Mary attempt, here are the burning questions to ponder ahead of the season’s penultimate event:

What will Olympia Fields offer as a new tournament host?

The BMW has a long and storied history in the Chicago area, but more recently the stops have been at places like Medinah, Conway Farms and Cog Hill. Olympia Fields hasn’t hosted a professional men's event since the 2003 U.S. Open, won by Jim Furyk against a field that included just four BMW competitors (Tiger Woods, Charles Howell III, Paul Casey and Adam Scott). Olympia Fields does host an annual collegiate event, the Fighting Illini Invitational, which several of the players in this week's field played in during their college days. Matthew Wolff won it just two years ago while Maverick McNealy captured back-to-back titles, in 2014 and '15. The 2015 U.S. Amateur, won by Bryson DeChambeau, was also held at Olympia Fields. (Jon Rahm reached the quarterfinals that week.)

But after Dustin Johnson torched TPC Boston to the tune of 30 under par and an 11-shot victory, don’t expect similar scoring this time around. Olympia Fields is a par-70 layout that stretches beyond 7,300 yards, with rough nearing 5 inches and relatively small greens. Oddsmakers at the Westgate Las Vegas SuperBook have put the winning score prop at 269.5, meaning the winning total is expected in the range of 10 or 11 under par.

When Furyk won 17 years ago, he shot 8 under and was one of only four players to finish the week under par. While USGA conditions won’t be expected this time around, and rain could soften some of the course’s main defenses, players can still expect a bit more of a challenge than was posed a week ago.

What can Dustin Johnson do for an encore?

You lapped the field and came within a whisker of both shooting 59 and tying the Tour’s 72-hole scoring record. Great, now what? Johnson won’t have much time to savor his runaway victory at The Northern Trust, as he’ll tee off in the pole position in the points race with a target firmly planted on his back.

The new world No. 1 has been hit-or-miss this summer, winning twice while also bottoming out with consecutive rounds of 80 at the Memorial and withdrawing after an opening 78 in Minnesota. But the good has been quite good, and none better than last week’s performance. Johnson said he “found something” on the range Wednesday at TPC Boston, and it led to a week where he had more eagles (5) than bogeys (3).

Players often talk about the difficulty that comes with trying to back up an unusually low round. It’s a trend that befell Scottie Scheffler last week after his 59, but Johnson was seemingly immune while playing his final 54 holes in 26 under. Now he’s tasked with not only following a strong round, he’s looking to back up an unconscious week and one of the best of his storied career.

Can Tiger Woods extend his season with a big result?

Woods has yet to flash much of a spark since returning from the break, and his best stretch came on the front nine Sunday when he rolled in one inconsequential birdie after another. But even that momentum lasted only a few holes, and he has yet to crack the top 35 in three starts since June.

He’ll need much more than that if he’s going to make it back to East Lake, two years after his watershed victory. Woods will start the week No. 57 in points, which means mathematically he needs at least a top-6 finish to have any chance of making it into the top 30. A similar scenario didn’t generate a late rally a year ago at Medinah, as Woods nearly walked straight from the 18th green to the operating table.

This time around he’ll still have a U.S. Open to prep for next week and a Masters title defense shortly thereafter, so any potential off-season won’t be as pronounced as typical years. Still, the goal is always to make it to the season finale and after notching an early win in Japan he appeared in great shape to do so. Now it’ll take a monumental, 11th-hour effort to get there.

Who will be the surprise to punch a ticket to East Lake?

For some of the game’s biggest names, a Tour Championship trip is already locked up and considered an annual pilgrimage. But for others further down the points list, the pressure is on this week to cash in on some lucrative perks that come with being among the last 30 players standing.

Every East Lake participant will earn spots in the Masters, U.S. Open and Open in 2021. They’ll also be assured of a trip to the WGC-Mexico Championship, and this year because of the pandemic there is also a spot in the Sentry Tournament of Champions on the line. It’s an enticing bounty for players who might not have top name recognition (last year Jason Kokrak was No. 30) or veterans whose game has lapsed (Lucas Glover was No. 29).

So who fits the bill this time around? Kevin Streelman (No. 28) hasn’t won in six years and hasn’t played the Masters since 2016. Adam Long (No. 27) has never played The Open and made his lone U.S. Open appearance in 2011, while Tyler Duncan (No. 32) has played in only three prior majors.

But Duncan has a spot in the November Masters thanks to his win last year at the RSM Classic. So the focus goes to players who have never made that drive down Magnolia Lane: Mark Hubbard (No. 34), Joel Dahmen (No. 40), Tom Hoge (No. 43) and Richy Werenski (No. 44) would all make their Masters debuts next spring if they qualify for East Lake.