Randall's Rant: For the sake of the game, Yanks and Euros must win more 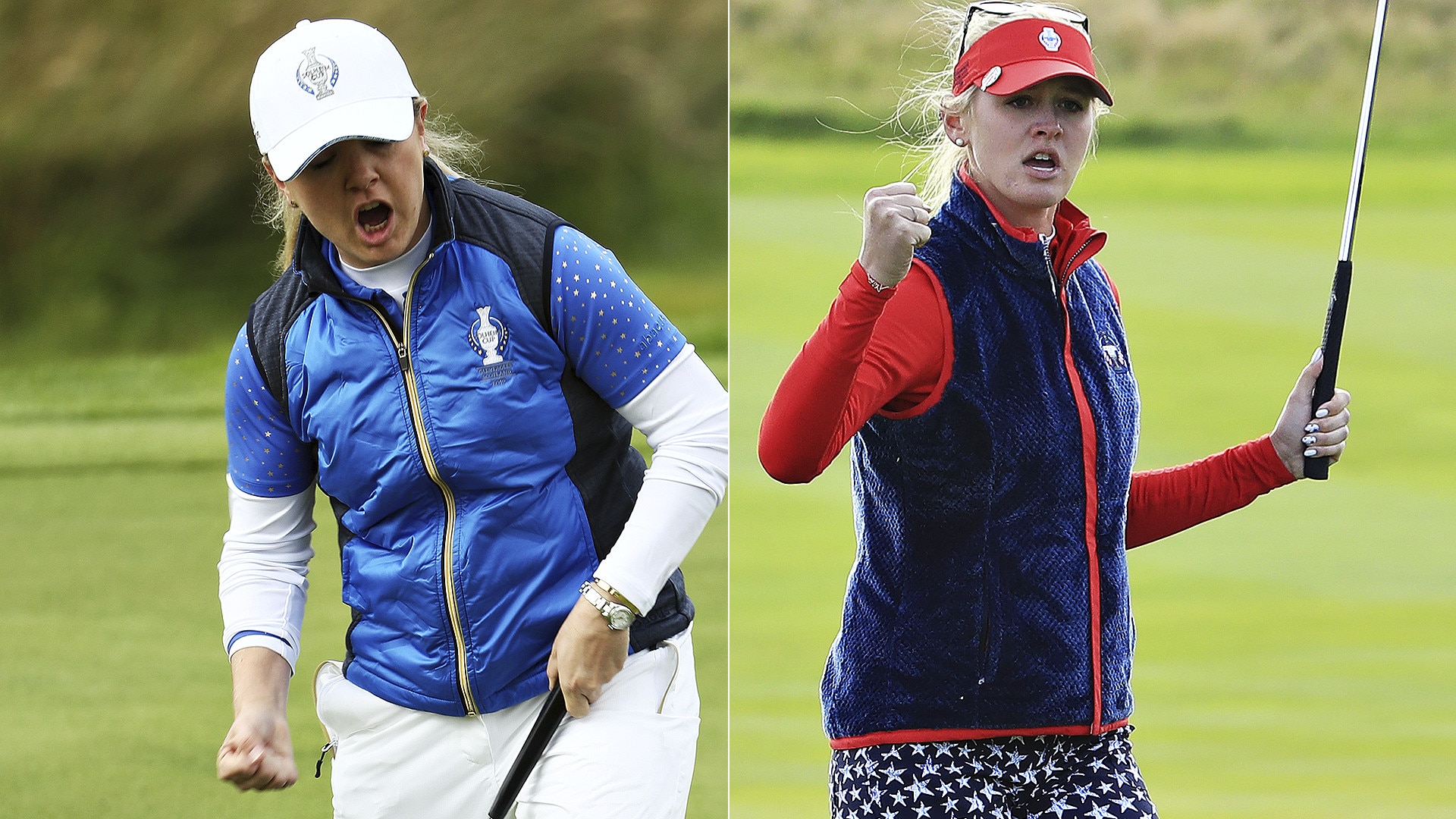 Is there a Solheim Cup bounce coming for both the United States and Europe?

If so, it couldn’t come at a better time with the Americans and Euros needing to rally to avoid their weakest combined effort in the LPGA ranks since the Solheim Cup was created three decades ago.

In the wake of the electric finish in Scotland, where the best Solheim Cup ever was staged, that’s an eye-opening realization, but it’s true.

That’s woeful, given the great history and champions those flags have represented.

The Americans and Euros have never combined to win fewer than seven LPGA titles in a year since the Solheim Cup was first staged in 1990, even with the growing dominance of Asians in this era.

Yes, with six events remaining this season, there’s time left to remedy that.

There was the promise of a Solheim Cup bounce in the air with American Nelly Korda and Spaniard Carlota Ciganda winning back-to-back Ladies European Tour events the last two weekends, but the LET is more comparable to the Symetra Tour than the LPGA nowadays.

The reality of what the Americans and Euros face on the LPGA hit hard at the Indy Women in Tech Championship Sunday.

In the first LPGA event since that stirring Solheim Cup finish, a South Korean stepped up to quickly remind us who really rules in women’s golf.

M.J. Hur won wire-to-wire in Indianapolis, giving the Koreans their tour-best 13th LPGA title this year. The Koreans are three victories away from claiming more LPGA titles in a single year than they have ever claimed, two away from equaling the high marks they set in 2015 and ’17. It may be no coincidence the Koreans have made these runs during Solheim Cup years.

It begs a question: Who really gets a Solheim Cup boost in golf?

This comes across as a shot at the Americans and Euros, but it’s really meant in the hope that there is an American and Euro bounce coming. The game is better with global balance. It’s better when the Americans, Euros and Asians are all thriving.

Yes, it was great for the game, but if the Americans and Euros can regularly recreate success like that outside the Solheim Cup, it’s even better for the game.

The player who said Asians are “absolutely killing” the tour way back in ’03 regretted doing so and apologized profusely. We all saw how the truth of the Asian role in women’s golf unfolded after that. The truth is that Asian love of the sport saved the women’s game. The Korean TV contract was hugely important to the LPGA’s survival in the economic swoon that nearly swamped the tour a decade ago. So were Asian title sponsors, whose growing support extends inside the U.S. border today. Six of the LPGA’s first seven domestic events this year were title sponsored by Asian-based or Asian-American companies.

The global balance has never been so lopsided since Asia’s emergence as a force.

Yes, the Americans equaled the Koreans in LPGA victories last year (9-9), but over the last 10 years Koreans have won almost twice as many LPGA titles as Americans have (102-61). In fact, in that span, Koreans have won more than Americans and Euros combined (102-91).

That’s what added to the Solheim Cup’s success two weeks ago, the possibility corporate momentum can be built on that excitement in the United States and Europe.

American and European women would love to have their hats, shirts and bags as decorated with corporate logos as Asian players do.

There was promise in all those Solheim Cup rookies in Scotland, in what Americans Nelly Korda, Marina Alex, Brittany Altomare, Megan Khang, Annie Park and Ally McDonald showed in their first appearances, and in what Europe’s Bronte Law, Anne van Dam and Celine Boutier showed in theirs.

American and Euro Solheim Cup players swarmed the leaderboard in Indianapolis last weekend, but they couldn’t close. That’s been the story this year. There’s promising young talent in the American and Euro ranks getting themselves into regular contention, but they’re still learning to close the deal, or to close with regularity.

The women’s game will be a hell of a lot healthier when Americans and Euros can recreate the finishes they did in Scotland in regular LPGA events.

That’s a bounce that can make the women’s game a more successful global business interest.