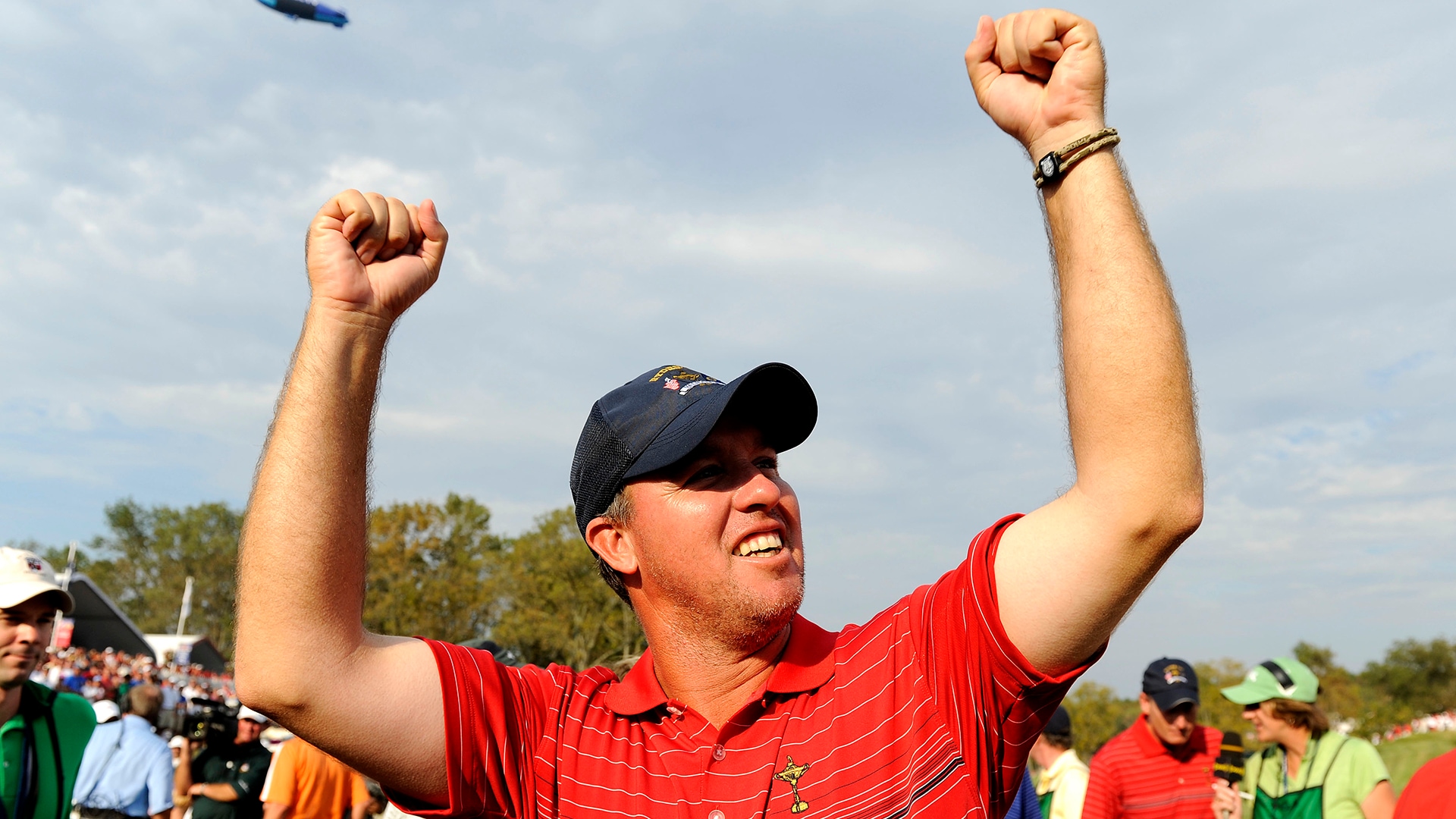 At the 2008 Ryder Cup, then-American captain Paul Azinger offered fair warning to those at the PGA of America who might be inclined to button the blue blazer a tad too tight: Boo Weekley was not your prototypical teammate.

“I told the PGA of America that he would be maybe the greatest character to ever come from America to play on a Ryder Cup team, to represent this country,” Azinger said. “Some of the things that he says you can't script it. He's really impressive. Plus, he hits it so well.”

Throughout his career, Weekley’s personality was irresistible and his ball-striking sublime. The kid from Milton, Fla. (pop. 8,826) was always as entertaining as he was a professional golf outlier. There was no amateur or college pedigree, no country club privilege, no preordained destiny. There was just hard work and good times, right up to the moment when injuries stopped the party.

Weekley’s absence is felt profoundly this week of all the stops on the PGA Tour’s city-to-city circus. For a two-year run it seemed as if he would turn the RBC Heritage into his personal member-member, having won the event in back-to-back years (2007 and ’08). Harbour Town Golf Links and Boo were a fit made in southern heaven. A ball-striker’s paradise and, at the time, the Tour’s preeminent ball-striker.

“I want to play on a golf course where I have to think my way around. Let’s hit a fairway and play from there,” Weekley told GolfChannel.com following a hectic day back home in the Florida Panhandle.

The 47-year-old’s Thursday began with therapy. Always therapy. Twice a week for an hour – or more – following January’s hip replacement surgery. It’s just the latest of a laundry list of injuries that undercut the career of one of the game’s most compelling figures, but Boo really doesn’t see his career arch in that context.

He’s won three times on Tour, played that unforgettable Ryder Cup in 2008 and still had time for what really mattered: his two sons, fishing and hunting. He’ll happily recount the ’08 matches at Valhalla, and his love of Harbour Town and Colonial and those ball-striking gems. Just don’t ask if he has any regrets.

“I live life. Think about it, as a kid in the 1990s you played every sport. Me and [fellow Tour pro Heath Slocum who also attended Milton High School] played basketball, he’s a point guard and I’m a guard, I played soccer,” Weekley said. “You played every sport you can play. Nowadays in sports it’s I’m a golfer and I’m going to play golf.”

Weekley is getting back to playing golf, but it’s been a slow process following his surgery. He played nine holes about a month ago and it didn’t go well.

“That’s when I knew I wasn’t ready. It took me a day to get out of bed,” he laughed before adding, “This past Sunday, during the Masters, I had my own Masters. The only thing that hurts is my back. I’m losing weight and trying to get down to 200 [pounds] again.”

Of all the mounting injuries – there was another surgery in 2017 for tendinitis in his right elbow followed by a cyst on his right shoulder that was cancerous – the one thing that seems to concern him at the moment is his weight and how that will impact his swing. 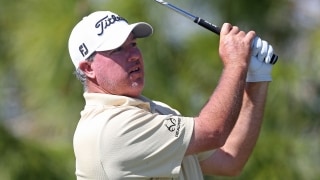 “I’m hoping my back will hold up. I’ve never had a back problem. I was a fat boy and got lazy, 200-and-something pounds, like the Pillsbury Doughboy. I want to get to 200 pounds. That will take the pressure off my back and I can turn and swing well,” he said.

If the image of Boo Weekley trying to lose weight and spending countless hours on a treadmill doesn’t dovetail with the legend know that pretty much everything else about him remains unchanged.

Well past dinner on Thursday, as he drove home after spending the afternoon at his grandmother’s house, he’s as entertaining as ever. North Florida has been inundated with rain in recent days and Boo’s been busy.

“A tree was down that needed to be cleared. They say Florida is the sunshine state but we live in the rain state,” he laughs. “It would take an airboat to get through my girlfriend’s yard.”

Golf and the Tour still beckon. There were certainly parts of the lifestyle that Weekley didn’t like, but after being away for so long – his last start was in November 2019 at the RSM Classic – there are things he misses.

“I miss the camaraderie. I miss the guys. You get to see the people you want to see,” he said. “I miss pounding golf balls. I just want to hear it coming off my club. I want to hear that thud.” 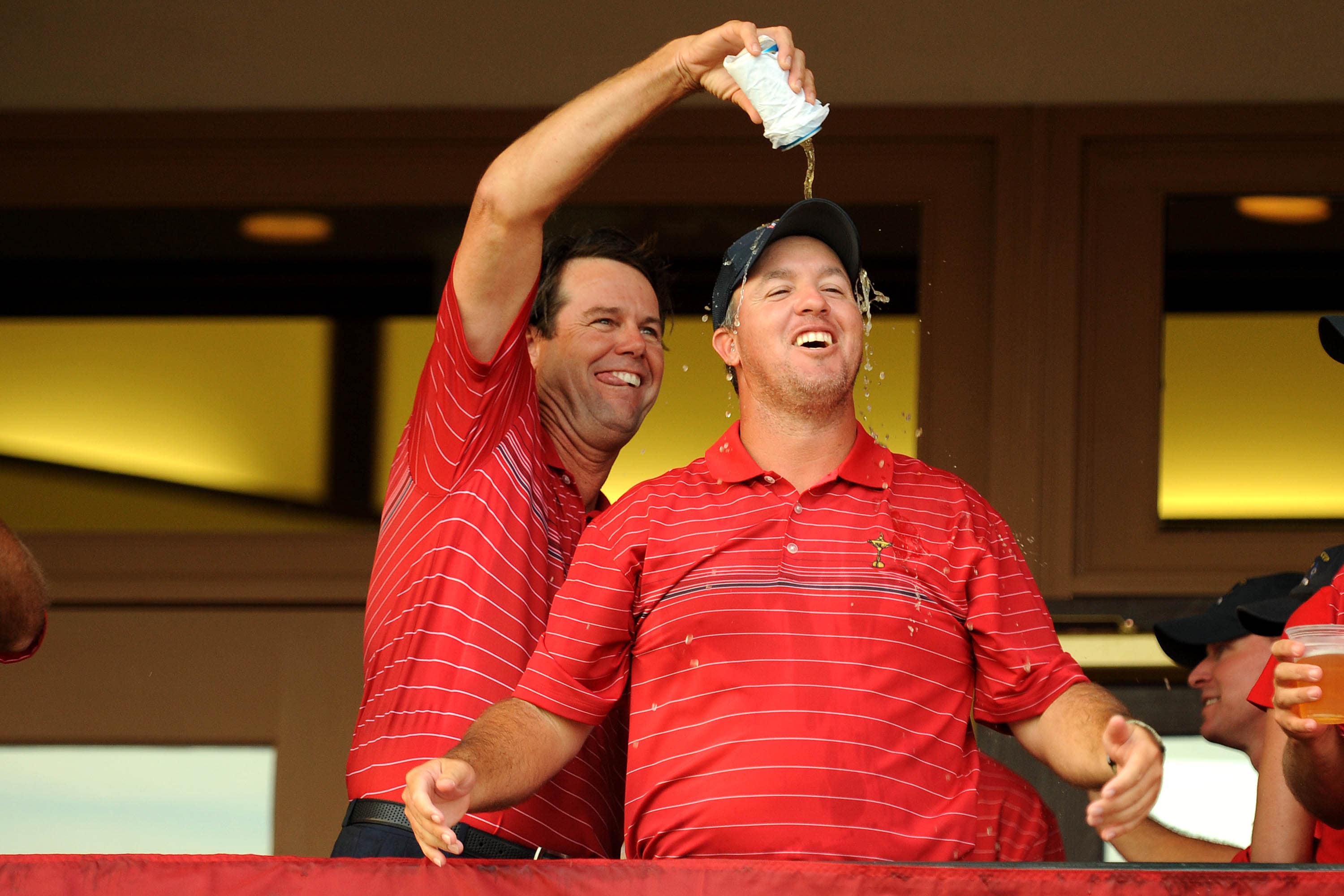 Weekley was always listed among the game’s best ball-strikers – although, in fairness, he’ll admit putting has never been a strength – and despite all of those injuries at his core, he remains that unflappable player. What remains to be seen is whether he can rekindle that greatness.

Through the easy laugh and homespun wisdom, Weekley’s voice drops an octave when asked if he can win again on Tour?

“Oh yes, sir. I can win. If I can get back down to 200 pounds. I worked out today twice. I rode a bike and did a full workout and then went to my grandmommas’ house,” he said.

He makes one last joke about not being able to put his sock on his left foot before signing off. It’s been a long day and there’s more therapy, more work, more trees to clear tomorrow.

A decade after Azinger’s warning to the PGA of America, his assessment of Weekley remains unchanged. Even after so many injuries and so many setbacks, Weekley is still one of the game’s “greatest characters.” And he also still “hits it so well.”