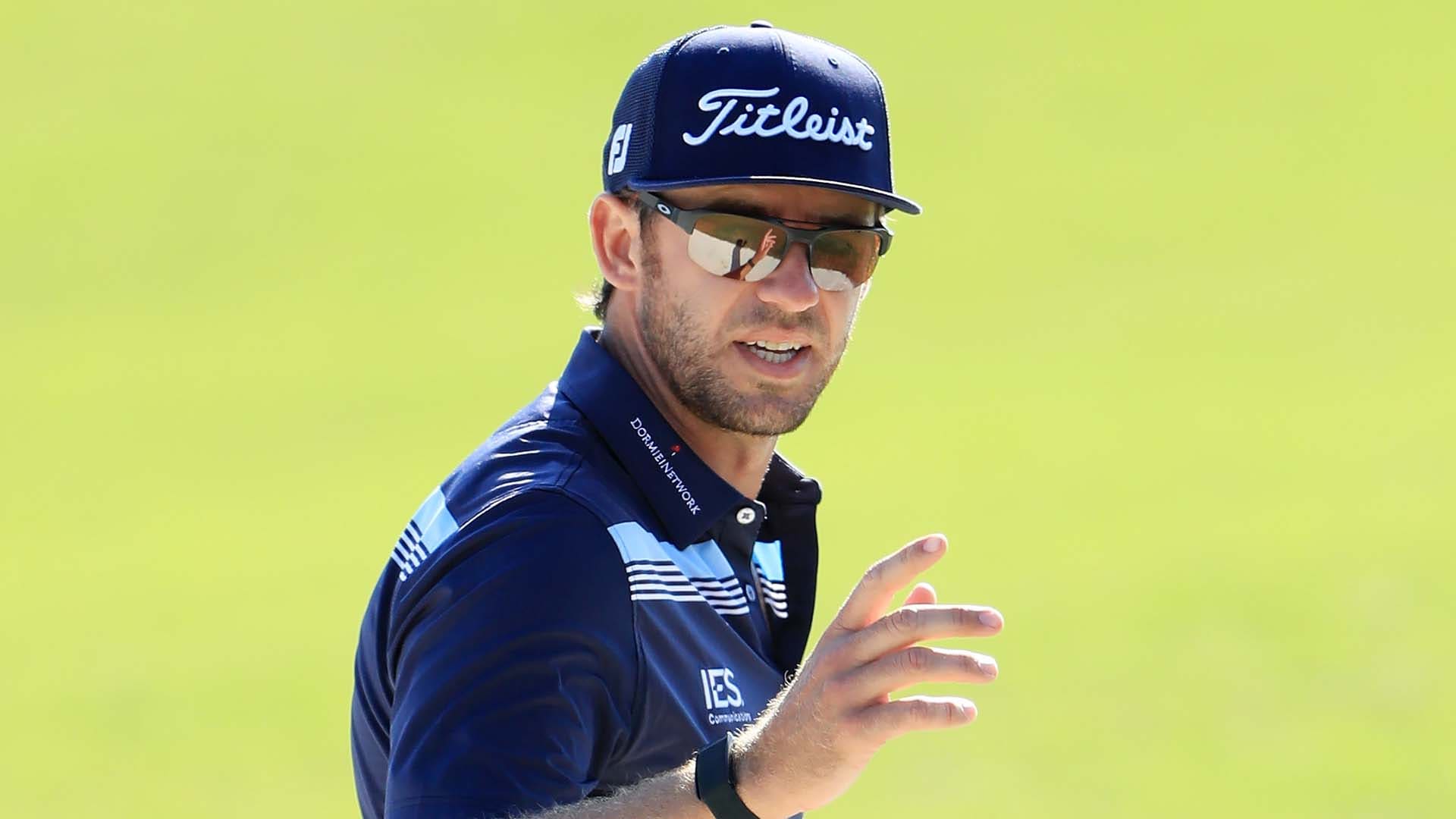 HUMBLE, Texas – Rafael Campos arrived at VCU in 2006 as a college freshman from Puerto Rico, not knowing anybody. He was assigned a roommate from Blacksburg, Virginia, named Lanto Griffin, who didn’t eat red meat and was raised by hippie parents who named their son after a spiritual lord. The two first-year teammates shared a tiny apartment in Richmond, near campus, and soon bonded over golf, poker and Qdoba.

Campos looks back on those memories and smiles, but he still can’t get over one thing.

“LG was honestly the best player we had on our team, and I felt so bad for him that he never won a college event,” Campos said of Griffin. “He would go out there and shoot 63, 64 as if it were nothing and then have some tough days after that.”

Griffin still amassed 12 top-5 finishes during his four-year career at VCU but just couldn’t finish the job. Unlike Campos, though, he wasn’t shocked.

“Mentally, I just wasn't comfortable in the lead,” said Griffin, who vividly remembers lipping out a 2-footer on aerated greens to lose VCU’s home event as a junior.

“But that was a long time ago,” he added.

Roughly a decade later, Griffin finds himself with the 54-hole lead at the Houston Open, where he shot 7-under 65 Saturday to take a one-shot lead over Mark Hubbard – and no longer is Griffin uncomfortable with winning.

Back in 2015, Griffin slept on a lead at a PGA Tour Latinoamerica event in Uruguay. Coincidentally, he was tied with Campos, whom Griffin ended up edging by two shots after a final-round 68.

“Getting a win down there was pretty emotional,” Griffin said. “That was probably one of the happiest days of my life.”

The good times continued two years later when Griffin won on the Korn Ferry Tour, his victory in Nashville spurring him to earn his PGA Tour card for the first time. But Griffin struggled in his rookie year on the big tour, posting just one top-25 in 26 starts and finishing No. 171 in FedExCup points. He lost his card after just one season.

“Honestly, out here you're a bad week away from feeling like, ‘Is this what I want to be doing?’” Griffin said. “But luckily, those are usually temporary, a couple hours’ thoughts. You wake up the next morning and you're hungry and you want to be better than you were the day before.”

Griffin won again this year on the Korn Ferry Tour and earned a return trip to the PGA Tour. Already this fall, he’s played four times and finished T-18 or better each time.

That consistency, believe it or not, was inspired by Greg Norman. When Griffin played in the Bahamas at the beginning of the year, Norman attended the pro-am dinner and talked about how he preferred the top-20 machine over the player who contends a few times but misses a ton of cuts.

“That really stuck in the back of my mind,” said Griffin, who had 11 top-25s on the Korn Ferry Tour this year. “I think about it all the time, and it’s been a goal of mine this year. … You don't have to be a hero necessarily to have a good, solid week.”

Yet when Griffin arrived at the Golf Club of Houston this week, he kind of felt like one. Campos ran into Griffin on the range earlier this week and Griffin told him, “I’m riding the wave right now. I’m really feeling it.”

Added Griffin: “My game's the best it’s ever been, for sure.”

After opening the tournament 66-74, Griffin jumped back on his board and caught the wave again Saturday. The Tour’s leader in birdies entering the week poured in nine, including six on the back nine.

No birdie was more impressive than his holed bunker shot on the difficult par-4 17th, where Griffin short-sided himself badly but somehow managed to pull off the seemingly impossible by holing out.

“I told my caddie, I was like, ‘Let's not get cute with it, give ourselves a look,’” Griffin said. "I didn't expect it to go in, but that was a big bonus.”

With all the talk about consistency, the 31-year-old Griffin was asked whether he’d trade it all for a victory Sunday. After explaining the merits of both, Griffin settled on one.

“I would rather have the win,” he said. “Winning out here if life-changing.”

Campos knows how much a victory Sunday would mean to his friend. He watched years of winless moments in college. He witnessed periods of struggles in the pros. And though he’s seen Griffin break through a few times, his pal still hasn’t done it at the highest level, the level they used to only dream about while hanging out in their apartment as college freshmen.

“He deserves it so much,” Campos said.

Which is why, despite Campos teeing off nearly four hours before Griffin on Sunday, he plans to stick around.

“I really want to be there,” Campos said. “I’m definitely going to wait to see him lift the trophy because I know he’s going to win.”