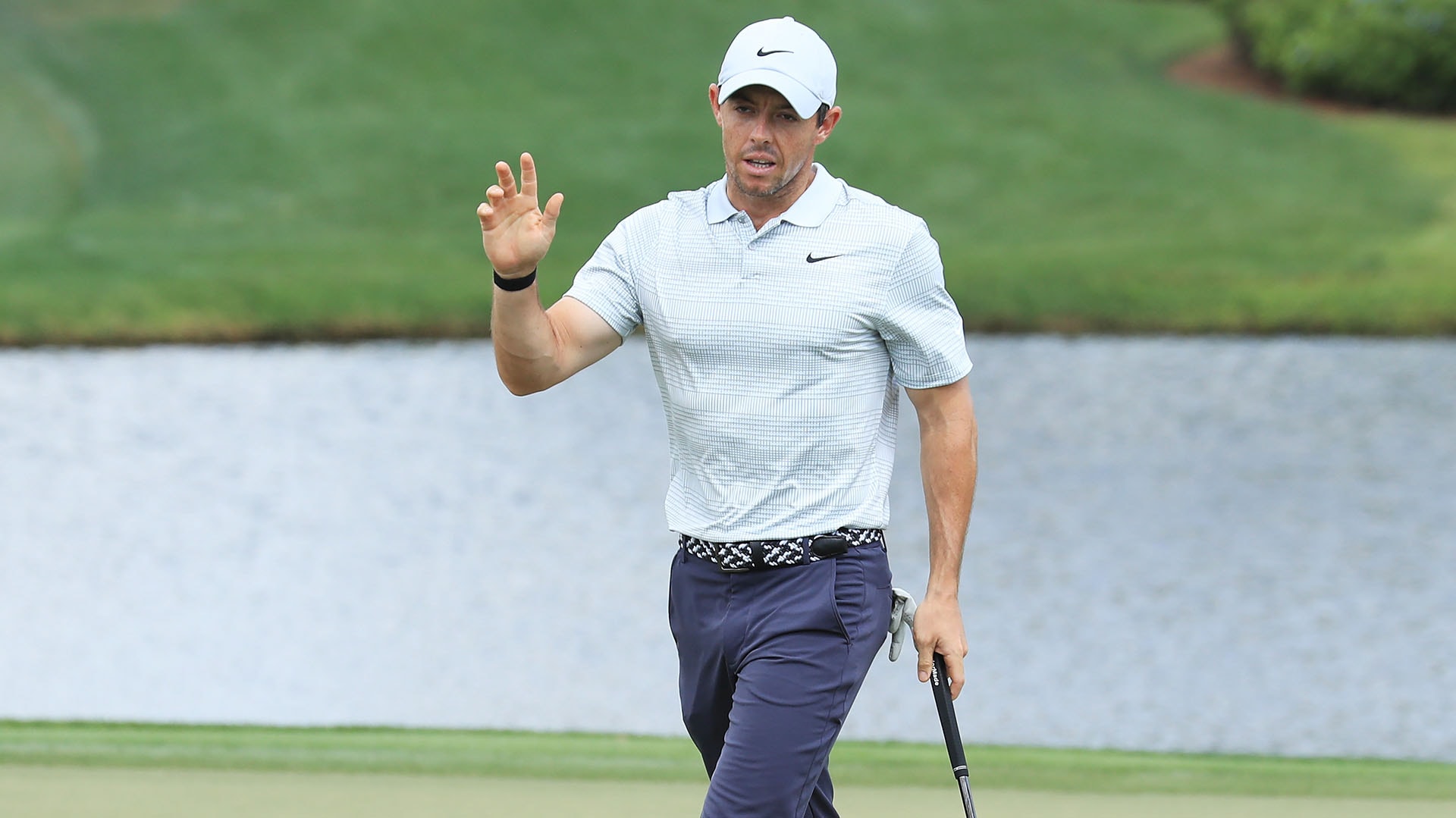 ORLANDO, Fla. – During a different time in his career, Rory McIlroy had the opportunity to have dinner with Arnold Palmer. It’s what you would call a "good table" and a moment that the Northern Irishman will always cherish.

Asked once for details from the dinner, McIlroy laughed and recalled this exchange:

“It was quite funny,” McIlroy said with a smile.

It was the beginning of what evolved into a uniquely special relationship, although it didn’t exactly start out that way.

Earlier in his career, Bay Hill never found its way onto McIlroy’s dance card. Players pick their schedules for all manner of reasons and for Rory, central Florida never made the cut until he received a friendly poke from the King.

“I’m going to tell you something: If [McIlroy] doesn’t come and play Bay Hill, he might have a broken arm and he won’t have to worry about where he’s going to play next,” Palmer joked in 2012.

McIlroy is a wildly independent person and he doesn’t respond well to ultimatums, but this was different. This was Mr. Palmer. So in 2015, five years after playing his first full season on Tour, Rory made his first start at Arnie’s Place. He tied for 11th that week and has since become a Bay Hill staple.

McIlroy won Palmer’s Member-Member in 2018. It was Rory’s first victory on Tour since he’d won the Tour Championship on Sept. 25, 2016, the same day Palmer died.

That night in ’16 at East Lake following the trophy presentation and winner’s press conference, circumstances left McIlroy as the only available voice in golf to put the loss of a legend in context. It was no surprise that McIlroy was the perfect person for the job.

Despite being advised by a Tour official that he might want to wait to make a public statement about Palmer’s passing, McIlroy had plenty to say.

“No, I mean, look ... he’s Arnie. He put the game on the map,” said McIlroy with a distinctly heavy heart. “I don’t think any other sports person in any other sport did for their sport what Arnie did for golf.

“He was the one who drove this game to the masses. He was such a great man and I’m just so happy I got to spend some time with him before he passed.”

McIlroy went on to tell a quintessential Arnie story. During the ’16 Arnold Palmer Invitational Rory introduced his soon-to-be wife, Erica, to Palmer, who shares the same birthday, Sept. 10, with the King. It was Palmer at his engaging best, “We should have a party,” he said with a smile.

“That will live with me for the rest of my life. He’s such a great man,” McIlroy said.

Even during his post-round interview session on Thursday, following a first-round 66 which landed him in solo second behind Matt Every, he quickly referenced the absent-but-never-forgotten host.

“There's so many nice little traditions here. Obviously, [Palmer’s bag] behind us here on the range,” McIlroy said. “Still having to take your hat off when you walk into the clubhouse, that's something that I really like. Eating breakfast this morning and saw a couple of people that were asked to take their hat off as they walked in. That's nice.” 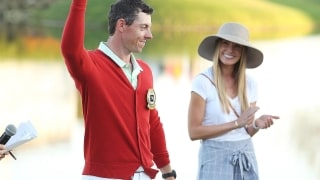 Rory McIlroy won the 2018 Arnold Palmer Invitational and has since risen back to the top of the game. But it's the mental transformation that is most impressive.

His victory in 2018 was also a turning point for McIlroy, who had gone almost a year and a half without a win on Tour. He’d always played well at Bay Hill but two years ago he reestablished himself as a dominant player by beating the likes of Tiger Woods, Henrik Stenson and Justin Rose.

That McIlroy is back in the hunt at a place that won’t let you forget Palmer’s legacy wasn’t lost on him.

“I didn't play it for the first sort of few years of my career, but once I did, I realized that it's a pretty special place and one that I want to try to come back to each and every year,” McIlroy said.

Palmer would have particularly appreciated McIlroy’s play on Day 1. He was 1 over par through his first six holes and six strokes off the lead at that time before he birdied three of his next four holes.

His Palmer moment came at the par-5 fourth hole (his 13th hole of the day) when McIlroy roped a 3-iron from a fairway bunker 254 yards to set up a 24-foot eagle putt that he converted.

In an ode to the late legend officials started giving Bay Hill champions cardigan sweaters a few years ago. Some have pulled it off, like McIlroy in ’18. Some haven’t (we’re talking to you Francesco Molinari).

“You could have given me a neon cardigan and I would have worn it all the way home,” McIlroy smiled before admitting, “It was warm. Alpaca isn't as comfortable as you think.”