McIlroy moves to world No. 2 after FedExCup win 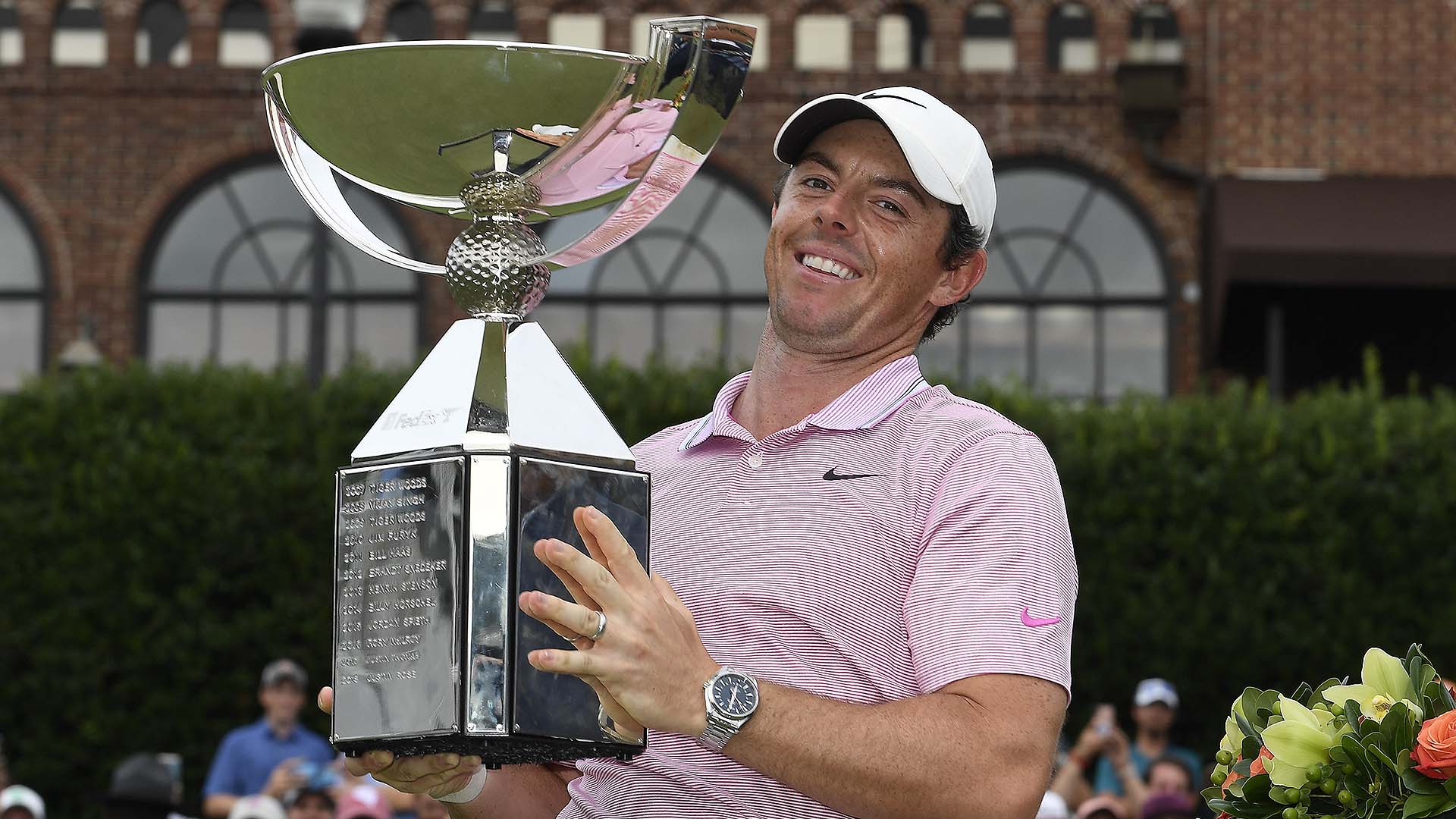 After cashing in on a big payday at East Lake, newly-minted FedExCup champ Rory McIlroy got back to No. 2 in the world rankings for the first time in more than two years.

McIlroy's performance at the season-ending Tour Championship wasn't enough to pass Brooks Koepka for world No. 1, but it did nudge him past Dustin Johnson at No. 2. While McIlroy has held the top spot for 95 weeks across his career, this marks the first time he's been ranked No. 2 since the 2017 U.S. Open at Erin Hills.

Xander Schauffele made $5 million for finishing second behind McIlroy, and he jumped two spots to No. 9 in the process, knocking Francesco Molinari out of the top 10. England's Paul Casey went from 21st to 18th with a fifth-place showing at East Lake, while Erik Van Rooyen rose 26 spots to No. 61 with his maiden European Tour win at the Scandinavian Invitation.

Koepka remains world No. 1, and with more than a three-point advantage in his OWGR average over McIlroy he won't be caught anytime soon. Johnson dropped one spot to No. 3, followed by Justin Rose, Justin Thomas, Jon Rahm and Patrick Cantlay. Despite not playing the Tour Championship, Tiger Woods stayed at world No. 8 for another week, with Schauffele and Bryson DeChambeau rounding out the latest top 10.