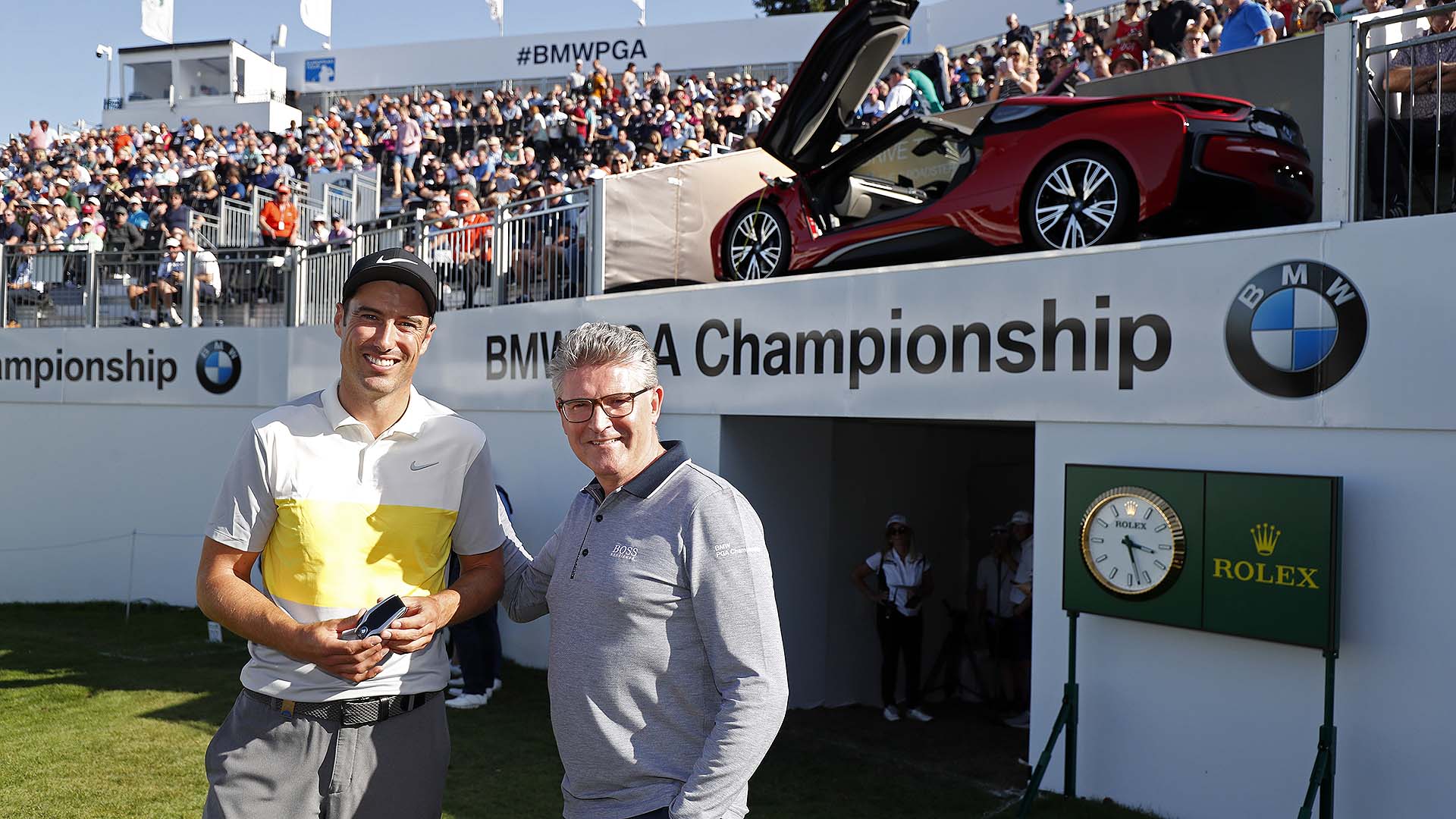 “I hit it and I thought I had pulled it. Thankfully the wind was off the left, so I sort of looked away. Obviously dead center,” Fisher smiled.

Fisher’s shot bounced on the green and rolled into the hole for an albatross that lifted the Englishman into a tie for ninth at the BMW PGA Championship and a third-round 66. The rewards didn’t stop there. Fisher also won a BMW i8 Roadster worth about $165,000 thanks to his “pulled” 4-iron from 225 yards at the last.

“The crowd's reaction told the story, the massive roars and cheers, to know it's gone in, and to win the BMW i8, still a bit shocking,” he said.

Fisher was born in Ascot, which is about three miles from Wentworth, and still lives in the area which made his finish on Saturday that much more special with his friends and family in attendance.

“Obviously an [albatross] on 18 is a pretty special way to finish off, and especially with [wife] Jo and [son and daughter] Harry and Eve and the family, friends,” Fisher said. “What an experience, to see me play that and hole a second shot, albatross. There will be a few celebrations tonight, but I'll have to come back and try and do it again tomorrow.”