Season of giving: A story of Anthony Kim's generosity 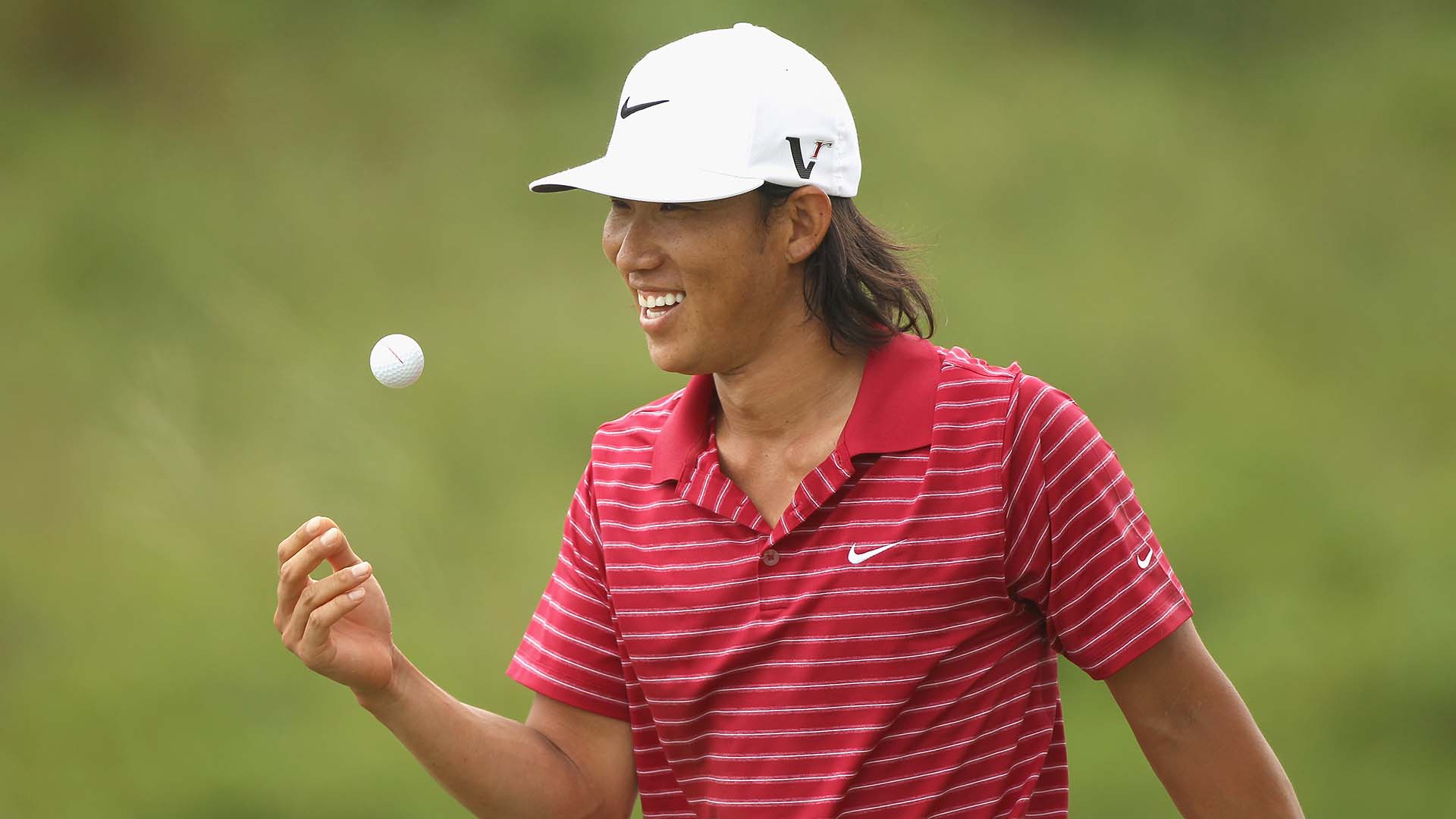 We're just hours into Thanksgiving week and we've already been treated to a wonderful story of giving.

Not only is the tale heartwarming, but it also involves the mysterious Anthony Kim, who hasn't played competitively – or been seen much publicly – since in eight years.

Talking to Chris Como on the latest episode of "Swing Expedition," which airs 7 p.m. Monday on Golf Channel, one of Kim's former swing coaches, Adam Schriber, recalled a lunch that he and Kim went to at a California Pizza Kitchen in Palm Desert, California, in 2008, the same year that Kim won twice.

As Schriber tells it, their waitress was pregnant and Kim made a comment congratulating her on her upcoming arrival.

"Your husband must be so excited," Kim said, per Schriber.

At that moment, the waitress broke down in tears, sharing a story of how her boyfriend had just left her and how she was scared to have the baby.

"My goodness, I didn't see that coming," Kim told Schriber.

A few months later, Schriber and Kim were eating at the same restaurant when the same waitress came running out to greet them, giving Kim a hug and photo of the baby.

"They looked like they had known each other for 30 years," Schriber said of the moment.

That's when Kim revealed that he had left the waitress a sizable tip.