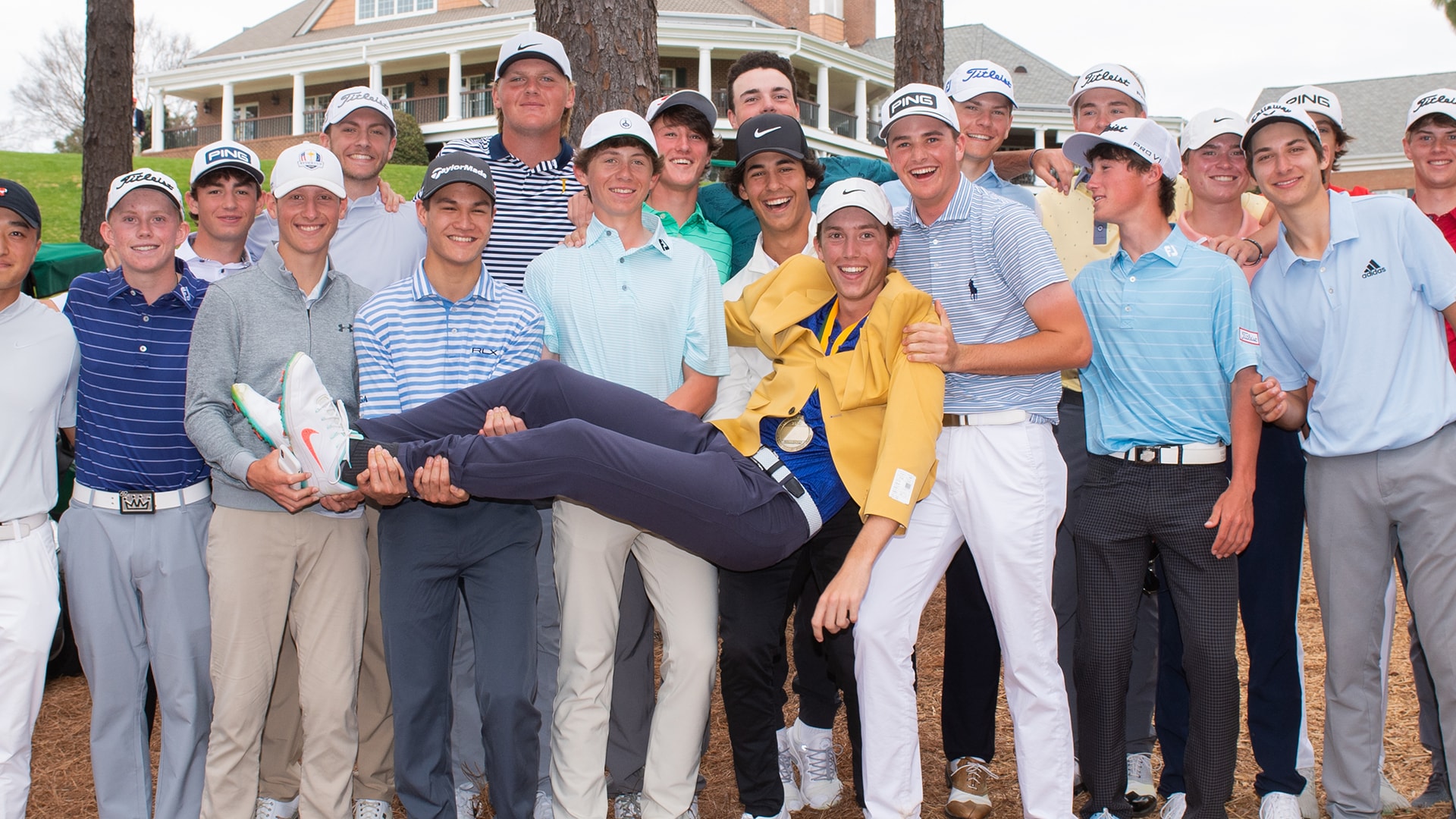 “It was really, really strange.”

In the middle of a three-and-a-half-hour car ride from Graniteville, South Carolina, to his home in Pinehurst, North Carolina, Jackson Van Paris had plenty of time to process what had just happened.

His two-shot victory Saturday at the Junior Invitational at Sage Valley was the biggest triumph of the 16-year-old’s young career, but it was also the most bizarre.

As most of competitive golf stood still amid a coronavirus pandemic, the prestigious junior tournament pushed forward.

Van Paris played just nine holes Saturday, Sage Valley’s front side, carding four birdies in his final six holes to shoot 5-under 67 and race past his competition, the majority of whom were completing play on the back nine on a spectator-less course.

“I’m speechless right now, to be honest,” Van Paris said. “I never really thought I was going to win until I came off the ninth green and I was like ‘Oh wow, I have a chance to win this thing.’”

He almost didn’t. As the sports world experienced mass cancellations and postponements because of COVID-19 concerns, including the PGA Tour canceling The Players and four other events and the Masters pushing back its tournament to a later date, the status of the Junior Invitational was also in doubt after Thursday’s opening round, which was open to the public, went off as normal.

“We weren’t sure what was going to happen,” said Van Paris, who was getting ready for his second-round tee time Friday morning when his roommate knocked on the bathroom door and told Van Paris that his starting time had been moved up nearly two hours.

Instead of cancelling the remaining two rounds, tournament officials decided to continue with the tournament, though will some alterations. The schedule was changed to include 27 holes on Friday followed by a nine-hole finish Saturday, with only players, parents and essential personnel allowed inside the gates at the ultra-private club, where the competitors, 54 from around the globe, stay together in on-site cottages, about 12 to a residence, and are prohibited from leaving the grounds. (Players weren’t specifically tested for the coronavirus upon arriving at the beginning of the week, but they were screened.)

Van Paris totaled 10 birdies in 27 holes Friday to set up a four-shot comeback on Saturday. Luke Potter posted a second-place finish at 7 under while Michael Brennan, Maxwell Moldovan and Tyler Wilkes tied for third at 6 under.

Top-ranked juniors Joe Pagdin (rib) and Karl Vilips (finger) had to withdraw from the event because of injuries. Their timetables for returning are uncertain.

Van Paris doesn’t know when he’ll compete again, either. He was supposed to play in the Azalea Invitational in Charleston, South Carolina, at the end of the month, but he expects that to be canceled or postponed. He also heard that the AJGA Thunderbird Invitational, set for April 9-12 at Grayhawk Golf Club, will likely be postponed. (Grayhawk was supposed to host the NCAA Championships in late May before the NCAA canceled all winter and spring sports for the rest of the season. The AJGA has yet to announce any cancellations or postponements.)

“We don’t know when our next tournament’s going to be,” said Van Paris, “so to end with a win is a great feeling.” Austin Eckroat drained a 12-foot birdie on Saturday to edge Min Woo Lee by one and win the Junior Invitational. 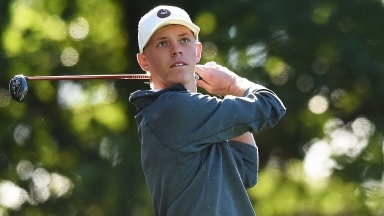 Two weeks ago, Paul Chaplet was playing his first Masters. Now he's playing 20 minutes away from Augusta National in what's commonly referred to as the Masters of junior golf. 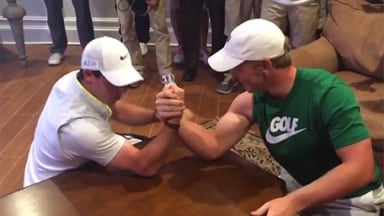 World No. 1 Rory McIlroy made a surprise appearance at the Junior Invitational at Sage Valley on Friday and lost an arm-wrestling contest to a kid.