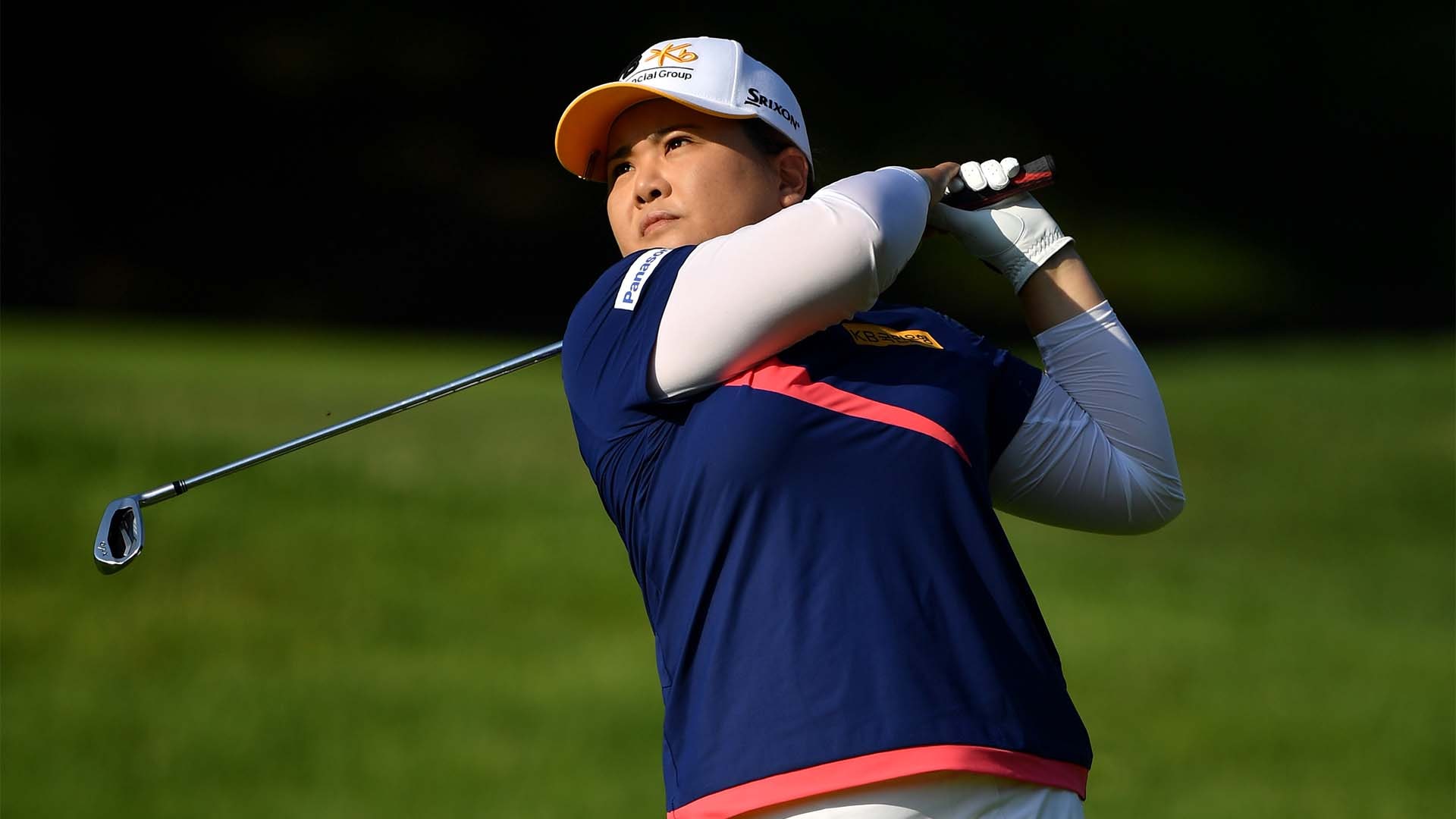 There was some question over whether Inbee Park achieved a career Grand Slam in women’s golf when she won the Women’s British Open in 2015.

With the Evian Championship the LPGA’s fifth major, did she have to win it as a major to have the slam?

Park won Evian in 2012, the year before it became a major.

Purists argued that a Grand Slam required a sweep of all the majors.

Park put herself in position Thursday to make sure everyone remembers her record as some sort of slam. She moved into early contention to win Evian again. Her 6-under-par 65 left her one shot behind the leader, Paula Creamer.

Whether it’s a Grand Slam or Super Slam or no slam, one thing’s clear: Park cherishes her memories of Evian.

“Winning the golf tournament in 2012 really got me started doing really, really well in my golfing career,” Park said. “It's a special tournament for me, in my heart, and I think maybe the positive attitude is just helping out.

“This is where all the history began for me, so it’s a special place.”

After winning Evian in 2012, Park went on a historic tear. She won the first three majors of 2013. Overall, she’s seeking to win her eighth major championship, which would move her into a tie with Betsy Rawls for sixth most in LPGA history.