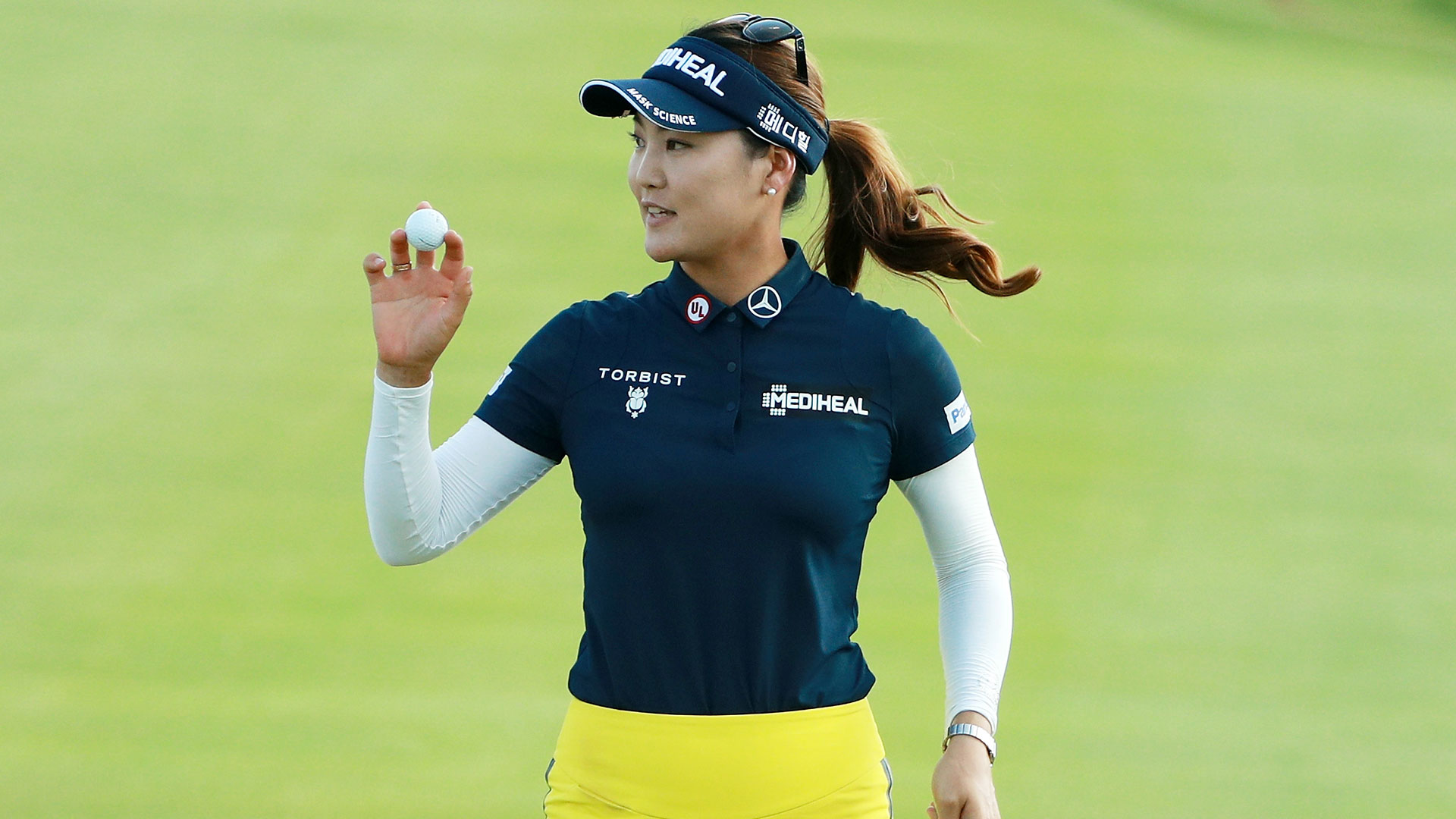 That’s exactly why her swing coach, Cameron McCormick, wanted her to go ride one.

There was a larger lesson to be learned, he said, facing her fears.

It may have been the best putting lesson Ryu ever got.

Yeah, after a terrible week putting at the U.S. Women’s Open last month, Ryu told McCormick she was becoming overly nervous on the greens. So he gave her some homework. He asked her what sort of things she feared, and when she confided, he told her to go ride a roller coaster.

If Ryu wins the KPMG Women’s PGA Championship Sunday, she will thank him again for the tough assignment. She’ll remember how nervous she was standing in line to get on a roller coaster at Six Flags Over Texas near her Dallas home three weeks ago. She made her sister come with her to ride it.

“I was actually pretty sick after that,” she said.

A week later, Ryu won the Meijer Classic, and then she told McCormick all about her roller coaster ride.

Ryu is strapped in at Kemper Lakes hoping to soar to yet another new height in her career. With a 5-under-par 67 Saturday, she moved into sole possession of the lead.

Ryu is bidding to win her third major. If she does, she will move back to Rolex world No. 1, as long as Ariya Jutanugarn doesn’t finish second, and that’s not likely, with Jutanugarn tied for 41st coming into Sunday.

Back before she was even an LPGA member, Ryu won the U.S. Women’s Open at The Broadmoor in 2011. If she wins this week, she’ll have the Ricoh Women’s British Open and Evian Championship left to complete the career sweep of the LPGA’s five majors.

Saturday was a steamy, grueling test.

Temperatures reached into the mid-90s, with the heat index up to 105.

Nobody was cooler than Ryu on the back nine.

Tied for the lead at day’s start, Ryu missed a 3-foot putt for par at the third hole and fell two shots behind Henderson and Park.

Momentum swung back to Ryu with a bad bounce that turned into a lucky bounce at the seventh hole.

That’s where she hit a 5-wood too hard, trying to reach the par 5 in two. Her ball bounced hard over the green and was bounding toward the water when it disappeared into a marshal’s backpack.

After taking a free drop, Ryu made par.

“One of my luckiest moments out there,” Ryu said. “The ball could have gone into the water. I could have made double bogey instead of 5. Definitely, God helped me out there.”

It felt like a belated birthday present. Ryu turned 28 on Friday.

Ryu has become one of the best ball strikers on tour, and her putting is a less nervy adventure now. She showed off all her skills on the back nine. She birdied four of the final eight holes.

“Right now, I feel pretty confident on the putting green,” Ryu said. “I think the tournament is all about confidence, and that's the attitude I really want to have for tomorrow, a free mind but confident.”