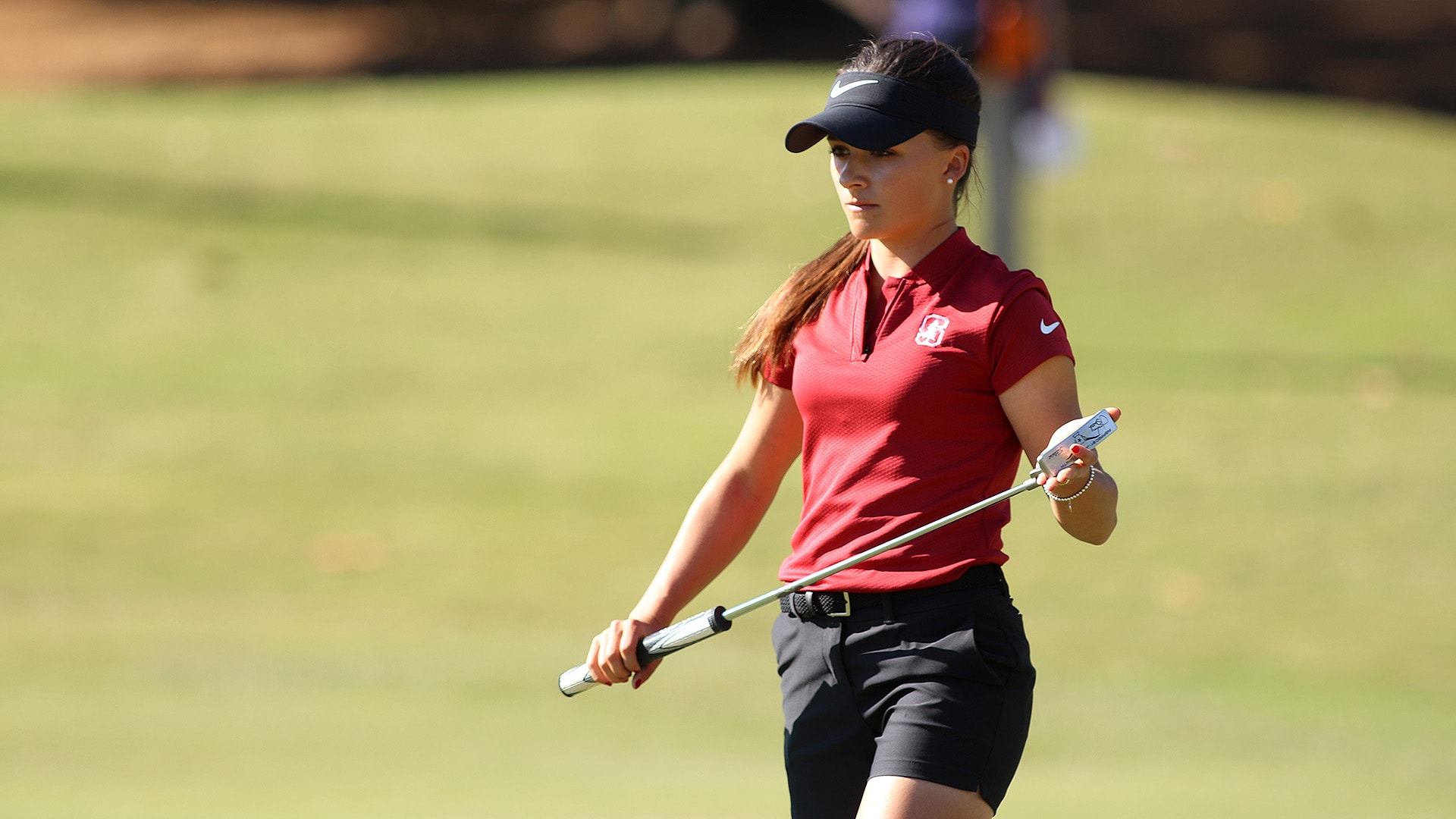 ATLANTA – A rigorous day on the golf course turned into a pair of dominant performances for the Stanford Cardinal and USC Trojans, who will meet in the East Lake Cup final for the second straight year after putting away Alabama and Arizona, respectively, in the match play semifinals on Tuesday.

The Cardinal victory over fourth-seeded Alabama came courtesy of two blowout wins by juniors Andrea Lee (7 and 6) and Ziyi Wang (8 and 6), while individual stroke-play winner Albane Valenzuela defeated Angelica Moresco 4 and 3 to secure the win.

“We’re in this position every year because of the way we play in May,” Stanford coach Anne Walker said. “I just give all the credit to my players, again, and I feel very fortunate to coach at Stanford and coach these student-athletes.”

The Cardinal has been at East Lake for all four years of the competition, which proves advantageous when playing a course as tough as the one in Atlanta. Stanford, however, has an additional leg up, with the fact that three of their players have been here before, including Valenzuela and Lee, who are in the midst of their third trip to East Lake.

“I think it definitely helps to know the course,” Valenzuela said. “We’re more familiar with the shots, and I got in some positions today where I remembered the way I played it in the past, and that certainly helped. This year, there’s a different energy, and everyone really wants to get that win.”

Stanford’s only loss came from freshman Aline Krauter, who battled her way into a one-hole playoff against Crimson Tide junior Kenzie Wright before dropping the match. Despite the 4-1 defeat, Alabama coach Mic Potter was very proud of his junior.

“It was gutsy, and you just never know in golf,” Potter said. “She really hung in there, hit some good shots and had a couple putts that could have gone in, but you have to read speed and break together out here very precisely. For her to take it to extra holes though, especially from where she put her second shot down to 18, was pretty impressive.”

USC’s matches proved to be closer against three-seeded Arizona, as it took until the 18th hole for Jennifer Chang and Alyaa Abdulghany to wrap up their points. Sophomore Amelia Garvey finished off the Trojans’ triumph after drilling a putt on 16 to take down Sandra Nordaas 4 and 2.

“I didn’t know that was the putt to win, but to hear that just makes it a little bit sweeter,” Garvey said. “It feels really good [to be back in the finals]. We are excited for tomorrow.”

The Trojans have now reached the finals all three years they have played in the East Lake Cup, winning it all in 2015 and 2017. Last year, they took down top-seeded Stanford in the finals, 3-2.

“We see them a lot, so there’s a lot of familiarity in the roster, and I know our girls are excited to go out there and play against some of their friends,” USC coach Justin Silverstein said. “So far, our speed on the greens has been our biggest advantage, so we want to continue that. We are jonesing to get out there tomorrow.”

Although the matches were very close today between USC and Arizona, Wildcats coach Laura Ianello felt her team was outplayed in most facets of the game, though she did get a solid victory from Yu-Sang Hou, who edged Malia Nam 3 and 2.

“We left the door wide open for USC today,” Ianello said. “They did not have to work too hard, and we did not make any birdies to put pressure on them, which I think was the missing link. In match play, you say ‘Be patient and let them make mistakes.’ Well, we were the team making mistakes.”

Live broadcast coverage of Day 3 of the East Lake Cup begins at 3 p.m. ET on Golf Channel and Golf Channel Digital, and is also available via the Golf Channel’s mobile app.