Storylines of the Year: Counting down the biggest stories in golf from 2021 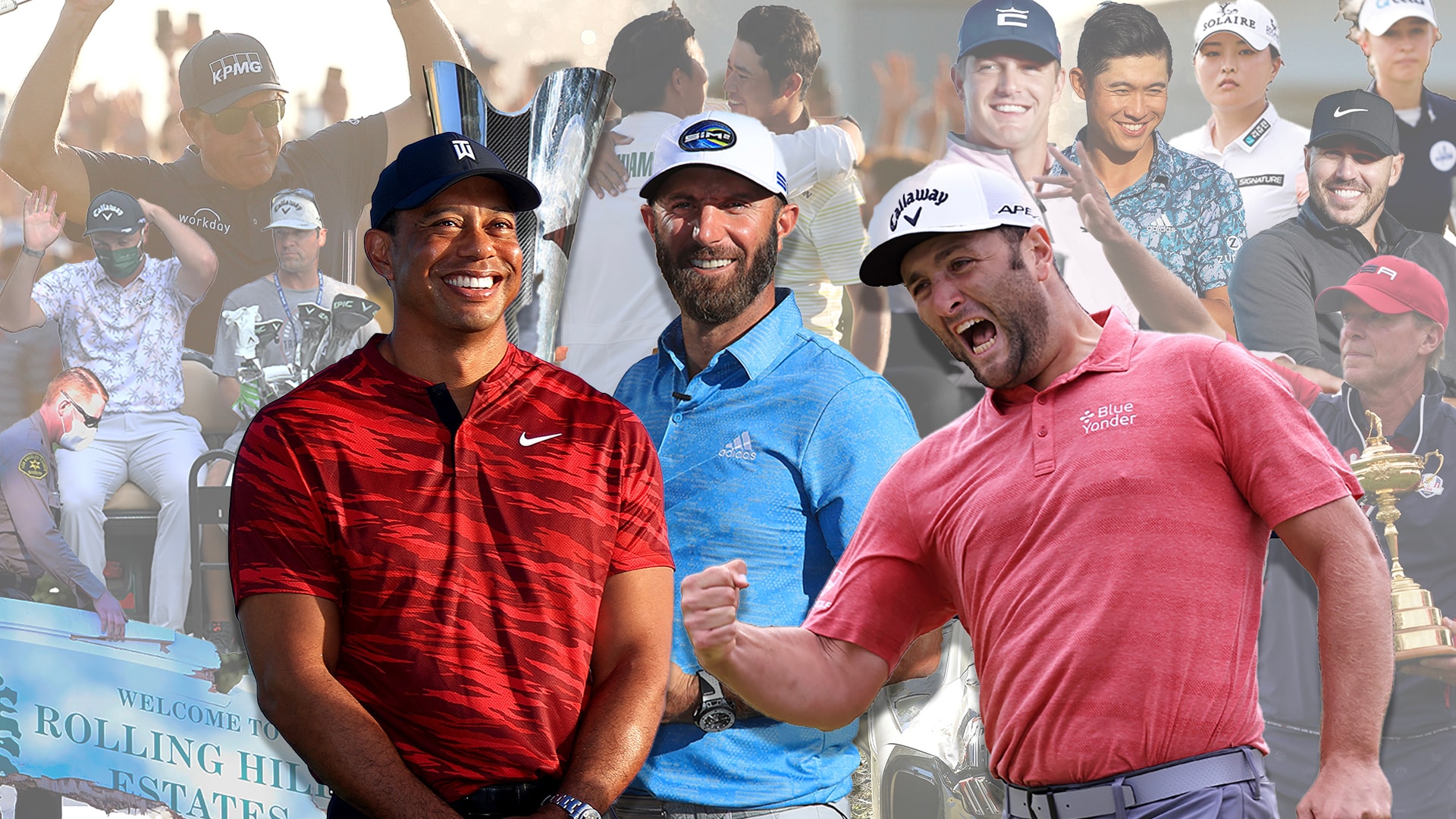 Another year, another bellyful of storylines.

This past year in professional golf brought us many captivating storylines, from Tiger Woods' terrifying car accident and subsequent comeback, to Jon Rahm's rollercoaster of a season, to the ever-evolving news that was the Saudi Golf League, the Premier Golf League and whatever other three-word acronyms that might've – or may still – pop up.

So, with 2021 almost officially in the books, GolfChannel.com's Rex Hoggard and Ryan Lavner count down, via video, the year's five best storylines that we'll be talking about for years to come:

No. 1: Shaking up the establishment

The golf landscape is changing. A potential rival tour is in the works. The PGA Tour is giving out money hand over fist to its star players. The European Tour has rebranded and realigned. The men's game, for better or worse, is evolving.

Both players won early in 2021 and made headlines of their own, but most of the news surrounding these two involved one another. From barbs to eyeball rolls to a cold-wet conclusion, Bryson DeChambeau and Brooks Koepka gave people plenty to talk about.

Jon Rahm won his first major championship and became world No. 1 this year. He also twice battled COVID issues, which cost him a great shot to win the Memorial and to compete in the Olympics. And he had his first child. It was a wild ride for the Spaniard.

It's been a long time since the LPGA had a true rivalry, but it appears the future is ripe for Nelly Korda and Jin Young Ko to battle for dominance for years to come. Both players showcased their supreme talents in 2021.

No. 5: Tiger, the crash and comeback

Tiger Woods' shocking year, which began with a devastating car crash in February near Los Angeles, is set to conclude with the 15-time major winner's "incredible" return at the PNC Championship, where he'll again tee it up alongside son, Charlie, less than 10 months after suffering a severe right-leg injury in the accident.

Five top storylines doesn't come close to doing 2021 justice. GolfChannel.com senior writers Ryan Lavner and Rex Hoggard take a look at all of the prominent stories from the golf world this year.