How the fate of The Players changed in 3 hours 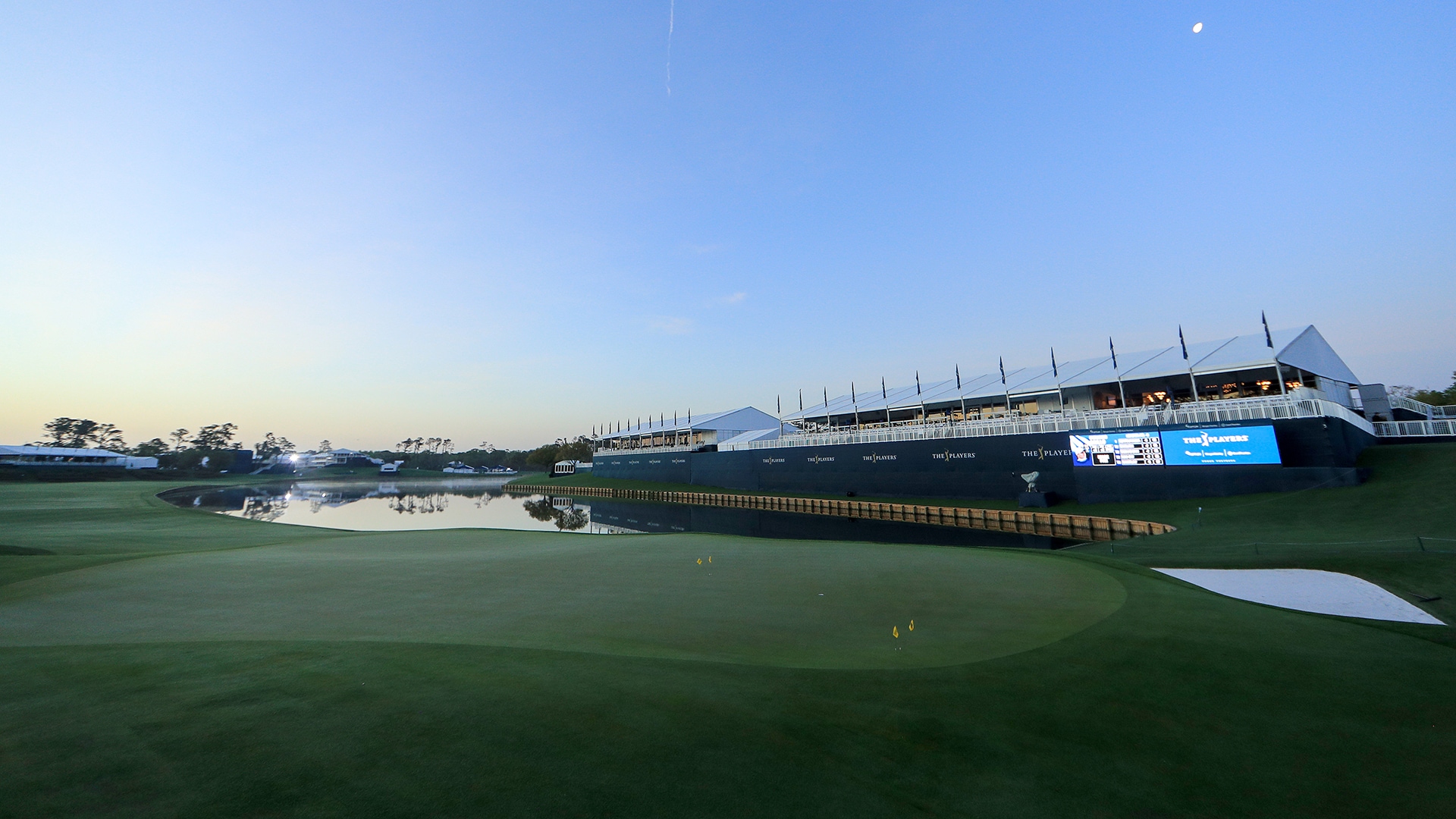 PONTE VEDRA BEACH, Fla. – With players still completing their opening rounds at TPC Sawgrass early Thursday evening, the PGA Tour sent out a detailed “operations update” regarding the final three days of The Players. Distributed at 6:45 p.m. ET, the memo included specifics on who would (and would not) be allowed on the course, how marshal staffing would be limited, how media interviews would be conducted and where the few “essential personnel” on-site would be allowed to park.

The quick reversal begs the question: what changed in the interim?

According to Tour commissioner Jay Monahan, there were multiple key factors. One that he highlighted in his Friday comments were the decisions by Disney World and Universal Orlando theme parks to close through the rest of March, an announcement that was made after the Tour issued their operations update.

With this week’s event in northeast Florida and the Tour planning to head across the state next week for the Valspar Championship, the geographic proximity of the theme parks made their decision seem more impactful in Monahan’s eyes.

“When you looked to that moment in time where you have two theme parks that are located between Jacksonville and Tampa cancel, to me that really was the thing,” Monahan said. “That was the final thing that we had heard that said, ‘You know what, even though we feel like we have a safe environment and we’ve done all the right things, we can’t proceed. It’s not right to proceed.’” 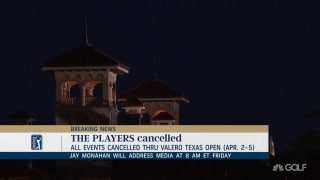 Live From The Players

Rich Lerner reports that the PGA Tour has canceled The Players Championship and the next three events.

But in the midst of what Monahan often described as a “fluid situation,” theme parks closures were not the sole contributing factor. He added that input from international players in the field also weighed heavily, as several players spent hours before and after their opening rounds at TPC Sawgrass trying to sort through travel logistics for friends and family before a federal travel ban to and from much of Europe went into effect.

Austria’s Bernd Wiesberger shared Thursday afternoon that the situation he most feared was an entire field of players being quarantined while he’s thousands of miles from his home. Because of the tournament cancellation, Wiesberger will be able to get on the final flight back home from Jacksonville to Austria Friday afternoon, hours before the ban takes effect.

“I’m in constant contact with family and relatives in Europe, and it’s pretty bad there,” Wiesberger said. “I’m pretty sure more travel bans are going to happen for Europe, and it’s going to be a bit crazy. So I’m actually quite fortunate to be able to go back.”

Then there were the comments from Monahan’s counterpart at the LPGA, Michael Whan. With the PGA Tour planning to soldier on with a revised plan at TPC Sawgrass, Whan announced late Thursday that three LPGA events, including the first major of the year, would be postponed. He also drew a bold contrast between himself and Monahan, noting in a phone interview on “Golf Central” that he “wasn’t willing to live with being wrong” in the instance of a possible positive case – all while Monahan attempted to keep the Tour’s flagship event afloat.

“We worked very closely with all golf organizations. In fact, Mike was here on Wednesday, and we were sharing our respective plans,” Monahan said. “In his case, he’s about to resume play on the LPGA Tour, and he has players from throughout the world that are making a decision about whether or not they’re going to get on a plane and come to Phoenix and play. … For us, we’re here. Our players are here. Everybody is on the ground.

“This is our Super Bowl. We were making decisions in real time about what happens this week, with an eye towards what happens in the coming weeks. So we made a decision for this week, and we were prepared to execute going forward.”

But the words of world No. 1 Rory McIlroy also seemingly played a role in the Tour’s decision to cancel the biggest event to date this year. McIlroy has been outspoken on a number of topics recently, and he continued that trend Thursday when he called for “all the Tour players and people that are involved” to be tested for coronavirus, given the possibility that asymptomatic individuals could unknowingly have the virus and infect more susceptible population groups without realizing it.

In the wake of the cancellation, Monahan shared that there simply “aren’t enough tests out there” for widespread testing on Tour, and that “the responsible thing” is to ensure what limited tests are available go to individuals with a more critical need.

But he also noted that similar testing comments from McIlroy and other players influenced the ultimate decision to call off the event.

“We were proactive in trying to share with them our thinking over the course of the day and as they came off the golf course and late into the evening,” Monahan said. “Ultimately, as I said, there were some players that were concerned. That’s something that we took into consideration, and took it very seriously.”

In the span of a single day, the Tour went from conducting their biggest tournament in front of thousands of fans, to plans to complete it in front of empty grandstands, to a decision to “hit pause” on the sport entirely for the foreseeable future. It was a jarring, whirlwind of a day with unprecedented impacts, and one the game won’t soon forget.