TT Postscript: Roller-coaster round ends in even-par 72 for Woods 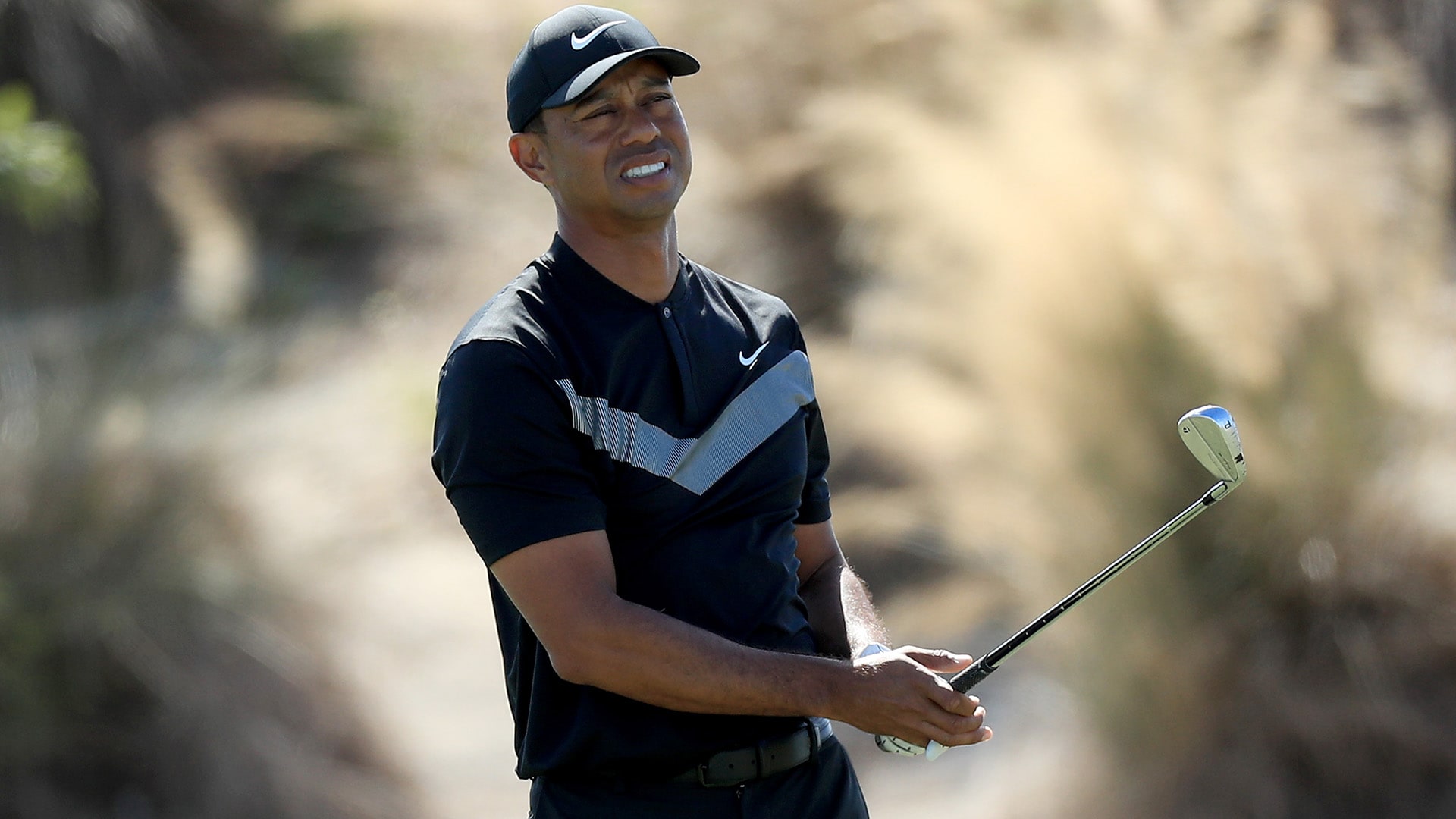 NASSAU, Bahamas — For a round of even 72, it was a colorful scorecard. Windblown thoughts from Tiger Woods’ roller-coaster Wednesday at the Hero World Challenge:

• Even for a December hit and giggle in the Bahamas, it was a sleepy first 10 holes. Woods had little momentum and made the turn in 2 over following back-to-back bogeys at Nos. 8 and 9. And then, in the highlight of the day that overshadowed even his holeout for eagle, he clowned Justin Thomas, and business picked up.

• Woods put a [insert big-box retailer] between his and Thomas’ tee balls at the par-5 11th, and the soon-to-be-44-year-old just couldn’t help himself.

That guy is Thomas’ captain next week! And maybe his playing partner! That, ladies and gentleman, is how you earn only the second dash in Presidents Cup history.

• The light-hearted moment seemed, after two hours, to finally light a spark under Tiger. The exchange set Woods off on a run that saw him play five holes, Nos. 11-15, in 5 under, going birdie-par-birdie-birdie-eagle, that last one coming via holeout at the par-5 15th:

• Suddenly 3 under with three to play, Woods just couldn’t scramble his way into the clubhouse. After a par save at 16, the Albany winds gobbled up his tee shot at 17, leading to a bogey from the front bunker. After finding the fairway bunker and laying up at the home hole, he then three-putted from inside 15 feet, lipping out a bogey try, to finish bogey-double and sign for a disappointing 72.

• Afterwards, he wasn’t especially chatty. “Yeah, it was not a very good start. Didn't play the par 5s well early and then got it going on the back nine for a little bit. Got myself kind of right there in the mix and then bad shots on 17, 18,” he said, summing up the afternoon. “I didn't putt that well today but my short game was great, drove it really well. Just hit a couple poor iron shots that cost me a few shots.”

• Following up on Tiger’s own assessment, he did look good really good with the driver all day, with the exception of misses at Nos. 9 and 18. I know Albany is for the most part a driving range off the tee, but his swings were so fluid, so on-balance. There was nothing forced, nothing strained. It’s encouraging to see that kind of rhythm.

• Alright — weird round. But it’s silly season, and the week at Albany should prove a useful warmup for next week at Melbourne. There was enough good today to not get bent out of shape about the bad, even if Tiger, who also has the Presidents Cup on his mind, is probably still hot about the way the round ended.