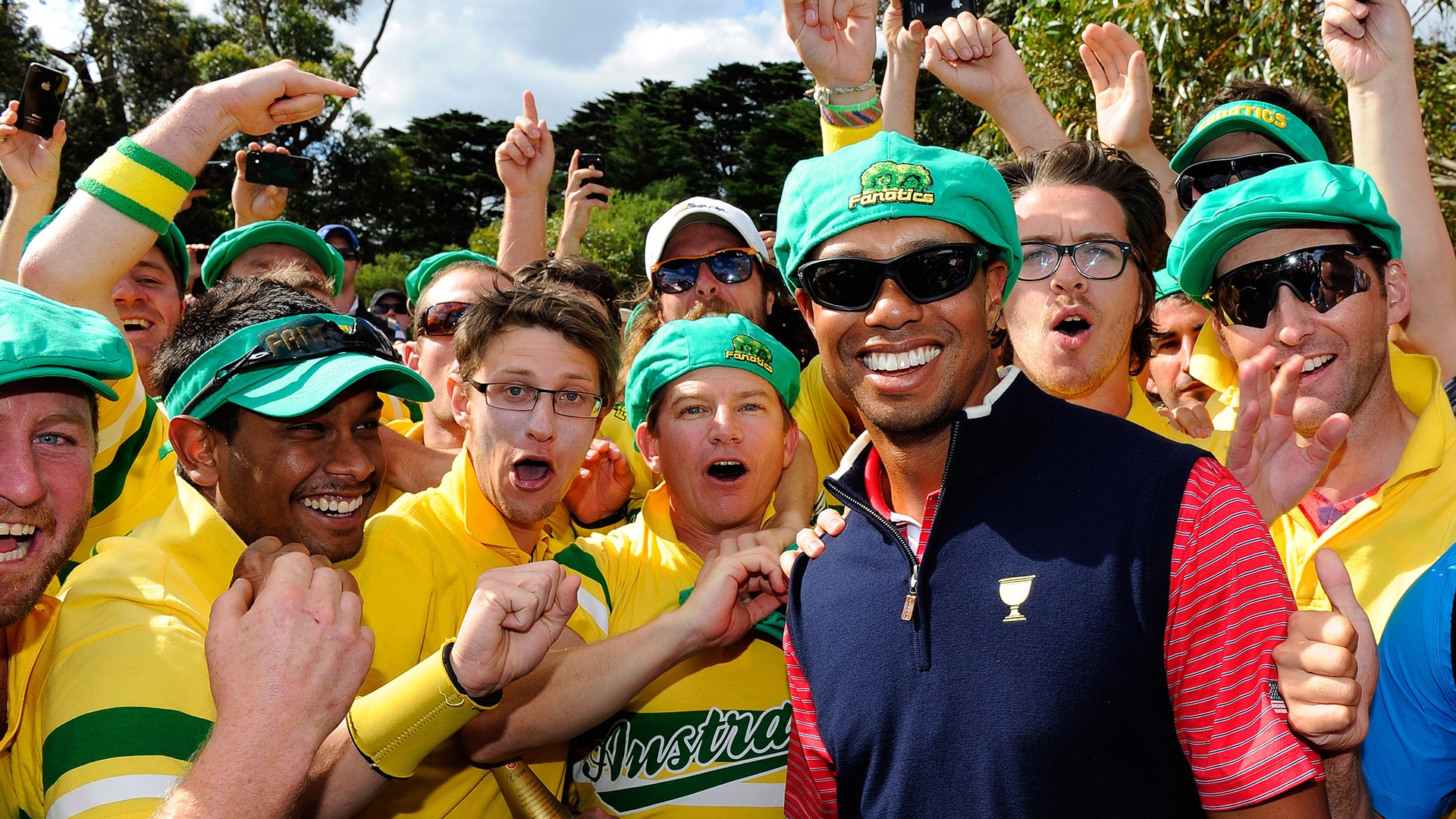 NASSAU, Bahamas – If Tiger Woods is keeping track of any bulletin-board material for next week’s matches in Australia, Adam Scott’s comments from earlier in the week will likely not be among the collection.

Scott told Australia’s Herald Sun on Monday that he hopes Australian fans don’t cheer for Woods and the rest of the U.S. Presidents Cup team at Royal Melbourne.

“Last time it was too friendly,” Scott said. “Quite bluntly, we want the home-crowd advantage, and I'll be disappointed if they are cheering enthusiastically for Tiger or anyone on the U.S. team.”

Asked about Scott’s plea to the Aussies, Woods, the American playing captain, agreed.

“No, that's just the way it is when you play overseas,” Woods said. “When you play against an opposing team in another person's home court, that's how it should be. As long as they're respectful, that's fine. They are supposed to cheer more for their home team, just like we expect our American fans to cheer more for us when we're at home.”

For those hoping to get some Presidents Cup trash talk, you’ll have to keep waiting.