Recovering Tiger Woods on if he'll play Masters: 'God, I hope so' 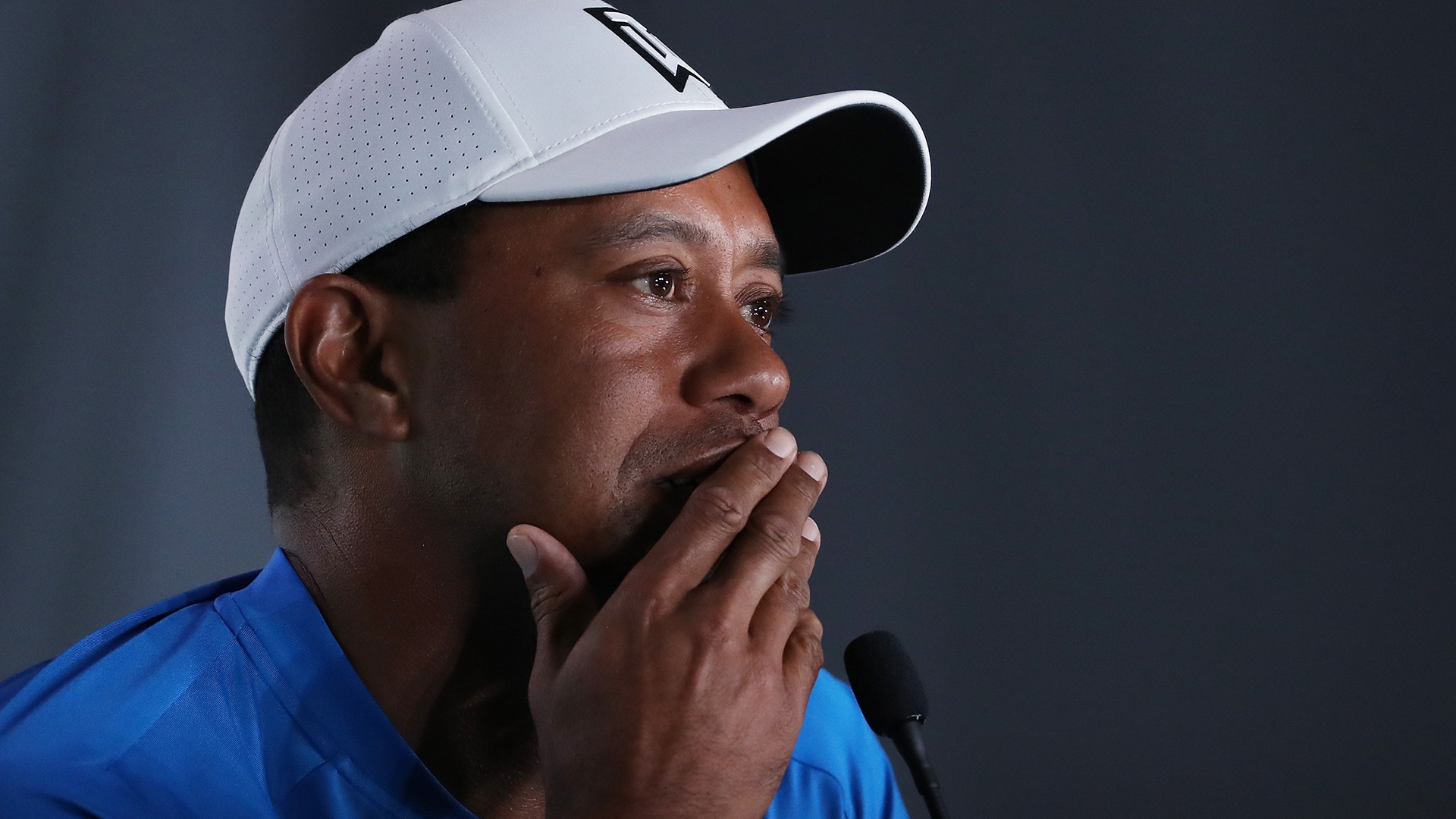 LOS ANGELES – Tiger Woods spoke publicly for the first time since he underwent his fifth back surgery, but the 45-year-old didn’t appear poised for another comeback.

“I’m feeling fine. I’m a little stiff. I have one more MRI scheduled so that we’ll see if the annulus is scared over finally and then I can start doing more activities,” Woods said during Sunday's CBS telecast of the Genesis Invitational. “Still in the gym, still doing the mundane stuff that you have to do for rehab. The little things where I can start gravitating toward something more.”

Specific to when he might play next, Woods was asked if he planned to be at Augusta National for this April's Masters Tournament.

Woods, who is the host of this week’s event at Riviera Country Club, announced in January that he wouldn’t be able to play the Genesis Invitational or the Farmers Insurance Open because of the surgery. He was also qualified for next week’s World Golf Championships event in Bradenton, Florida, but skipped that event, as well.

The Arnold Palmer Invitational, which he’s won eight times, is the week after the WGC at Concession, followed by The Players Championship and the Honda Classic, which is a home game for Woods, but the world No. 48 didn’t sound as if he was ramping up his golf activities any time soon.

Asked by CBS announcer Jim Nantz specifically about his game, Woods only mentioned his putting.

“I lengthened my putter, I don’t have to bend over as far,” he smiled. “I’ve gone to the same length as my sand wedge. I do a lot of putting drills, blading the sand wedge so I figured, I do a lot with that why don’t I just lengthen my putter, so I did and it helped.”