Finau has the tools – and the chance, again – to break title drought 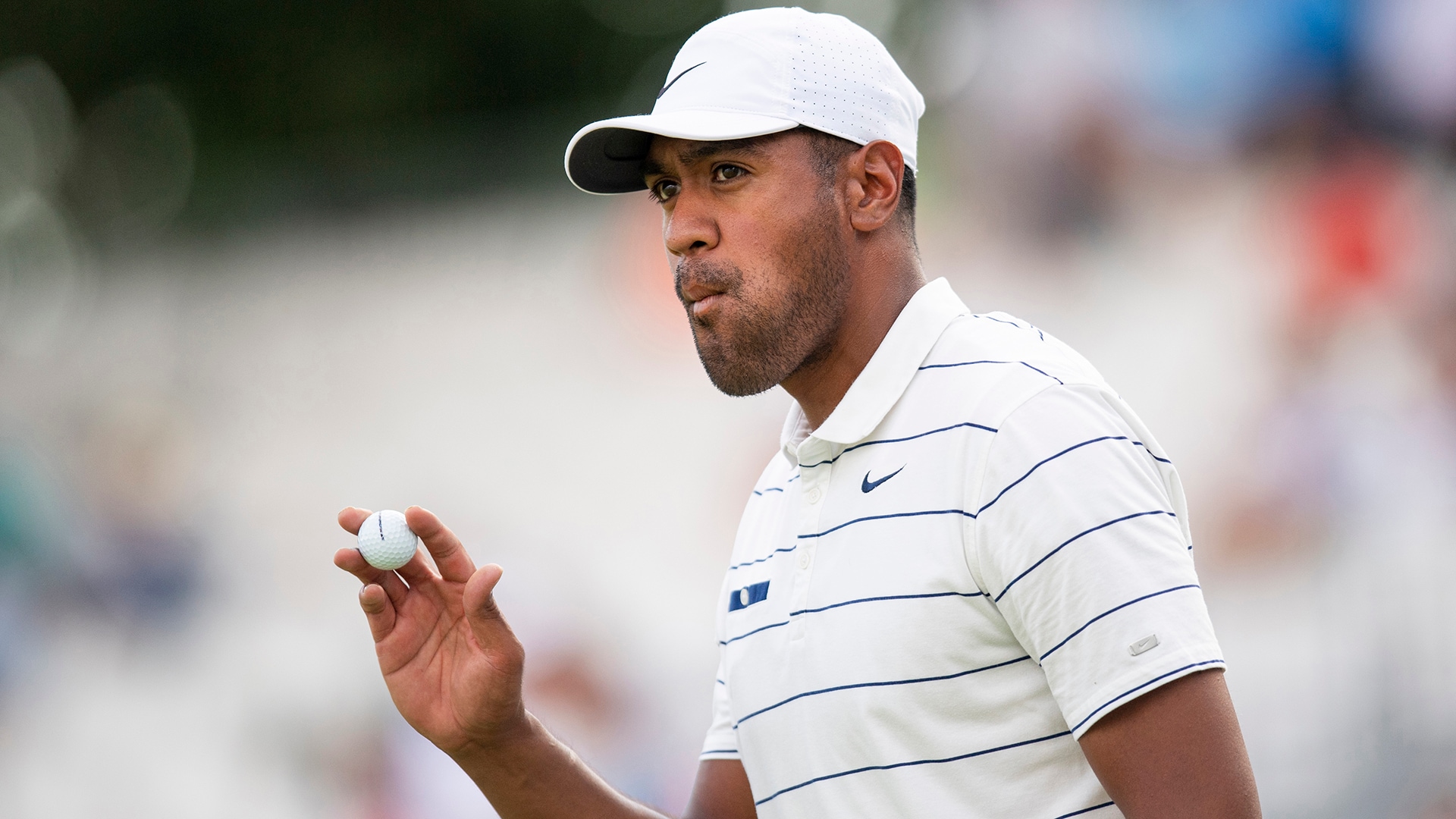 MEDINAH, Ill. – Look at his results, pick any statistic you want. Heck, just stand behind him when he unleashes a mammoth drive, like the 334-yard missile he unleashed on the final hole Friday at the BMW Championship, and you’ll quickly come to the correct conclusion: Tony Finau has what it takes to win on the PGA Tour, and to do so with great frequency.

Finau has passed every test you might throw in front of him. Still a month shy of his 30th birthday, he has ascended from Big Break star to Tour leaderboard stalwart with unprecedented speed. He has survived and thrived in the biggest pressure-cookers the game has to offer, from the final group at Shinnecock Hills to the first tee of the Ryder Cup to playing alongside Tiger Woods at this year’s Masters.

And when he puts together a dazzling display of skill like he has through the first two rounds at Medinah Country Club, playing his last 27 holes in 11 under while moving into a tie for second and within a shot of the lead, the nagging question creeps back to the forefront.

Why doesn’t this guy win more?

Finau does have one victory to his credit, the 2016 Puerto Rico Open. But it came while the biggest names were busy playing in a WGC cash grab, and it came in a playoff over journeyman Steve Marino. The scale of that victory and the scale of his collective performance over the three years since sit at opposite ends of the spectrum.

“Well, surely he has the talent,” said Jim Furyk, who chose Finau with one of his captain’s picks for last year’s Ryder Cup. “Look at how he played last year. It was something like 15 top-10s, or something ridiculous.”

Furyk’s math proved a little bullish. It was only 11 top-10 finishes last season, including three in a row through the playoffs to essentially force Furyk’s hand for the fourth and final Paris selection. Finau hasn’t missed a beat since returning from France, racking up 10 top-25s this season including a pair of runner-up results.

Granted, there have been some close calls that left a mark. Finau appeared in position to win at the WGC-HSBC Champions in China last fall, his first start since the Ryder Cup. But Xander Schauffele birdied the final two holes of regulation to catch him and then added one on the first playoff hole to beat him.

Then at the Masters, where Finau played third fiddle to Woods and 54-hole leader Francesco Molinari in the day’s final grouping, he joined the masses in dumping a tee shot into Rae’s Creek at a critical juncture en route to a tie for fifth.

“Yeah, we’ve had a couple nice shots. We’ve been in this position,” said caddie Greg Bodine. “I’d say human nature you’d probably want to win more, but at the same time I think he’s really good at not letting other people’s expectations or stuff like that affect him much. We can let everyone else speculate on that. He’s good at just doing his own thing.”

Finau is among the most affable Tour pros both inside and outside the ropes, and three years removed from his lone triumph he knows the questions are looming when he plays his way into contention as he has this week. But with various incentives in play outside Chicago, from Tour Championship positioning to possibly locking up a Presidents Cup berth in the final week of qualification, Finau considers his results-to-hardware ratio a good problem to have.

“I mean, I feel like a win is around the corner. I felt that way all season,” Finau said. “Coming off the Ryder Cup, I feel like I got some great experience there. Had a couple good looks at majors this year and haven’t got it done, but one of these times I know it’s going to be my turn. And hopefully that’s Sunday.”

As Finau can attest, trophies are not easily acquired on Tour, and the difficulty only escalates in the postseason. Among those standing in Finau’s way are Hideki Matsuyama and Patrick Cantlay, both likely factors this fall at Royal Melbourne, as well as former FedExCup champ Justin Thomas.

But Finau has the game to hang with any or all of them on a given week, as his remarkably consistent record over the last two years indicates. And after two stellar days of play on a brawny track that plays right into his hands, he has renewed hope that this could be the week he’s able to turn a bevy of near-misses into a lucrative (and timely) victory.

“It’s hard to win out here, but you never know,” Furyk said. “He gets one or two of those under his belt, and the floodgates may open. Maybe it takes a little pressure off him.”