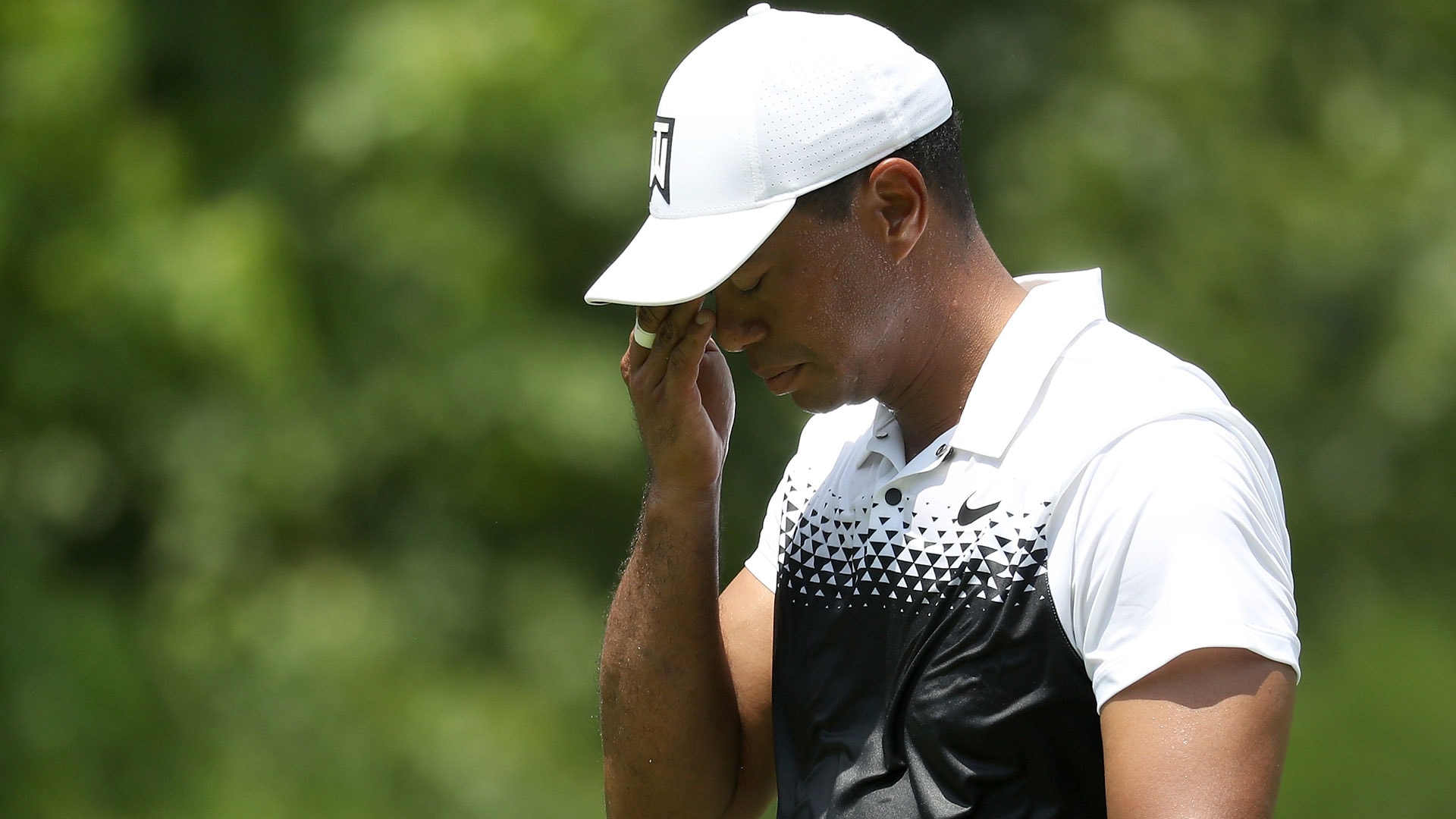 POTOMAC, Md. – It was an emotional rollercoaster on Day 3 at the Quicken Loans National, for both Tiger Woods and Tracker. A little this and that from what could have been:

• Things didn’t start well. Tiger missed the fairway at No. 1 (bogey), No. 2 (par), pulled his tee shot at the third into a bunker (par) and appeared to be heading in the wrong direction.

• From that humble beginning, however, came one of his most impressive runs this year, with four consecutive birdies starting at the fourth hole. He rolled in 34 feet of putts to move to 8 under par and just a stroke off the lead during that stretch. He finished the front nine bogey-birdie for a 3-under 32.

• Although Tiger reiterated that he’s pleased with his putting, and his new putter, he wasn’t nearly as prolific on his closing loop, needing 16 putts on his final nine. “I made some early, missed a couple on that back nine,” he said. “Every putt I missed on the back nine except for 18 were all high side, I just blew it through the high side three putts in a row. Frustrating.” 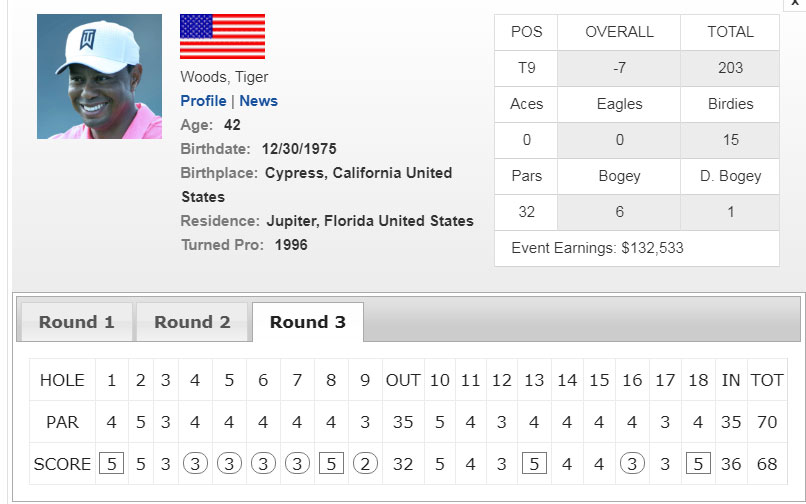 • When Tiger completed his round he was six strokes off the lead, and when asked what number he thought he had to get to on Sunday he said it depends on how officials decide to setup TPC Potomac, which played to a 69.6 average on Saturday which was statistically the week’s easiest.

• Although the highlight of Tiger’s round was his birdie run on the front nine, his par save at the third was a turning point for a day that was quickly heading in the wrong direction. “It was key, that nice one at [No.] 3 and I just got rolling after that,” he said.

• While Tiger’s putting will get most of the attention after Saturday’s 68, Day 3 was statistically his worst day off the tee. He hit just 6 of 14 fairways.

• WGC-Bridgestone Invitational update. Tiger needs to win to qualify for the season’s final World Golf Championship, which is something of a bucket list item for the event’s eight-time winner with the tournament moving to Memphis next season.