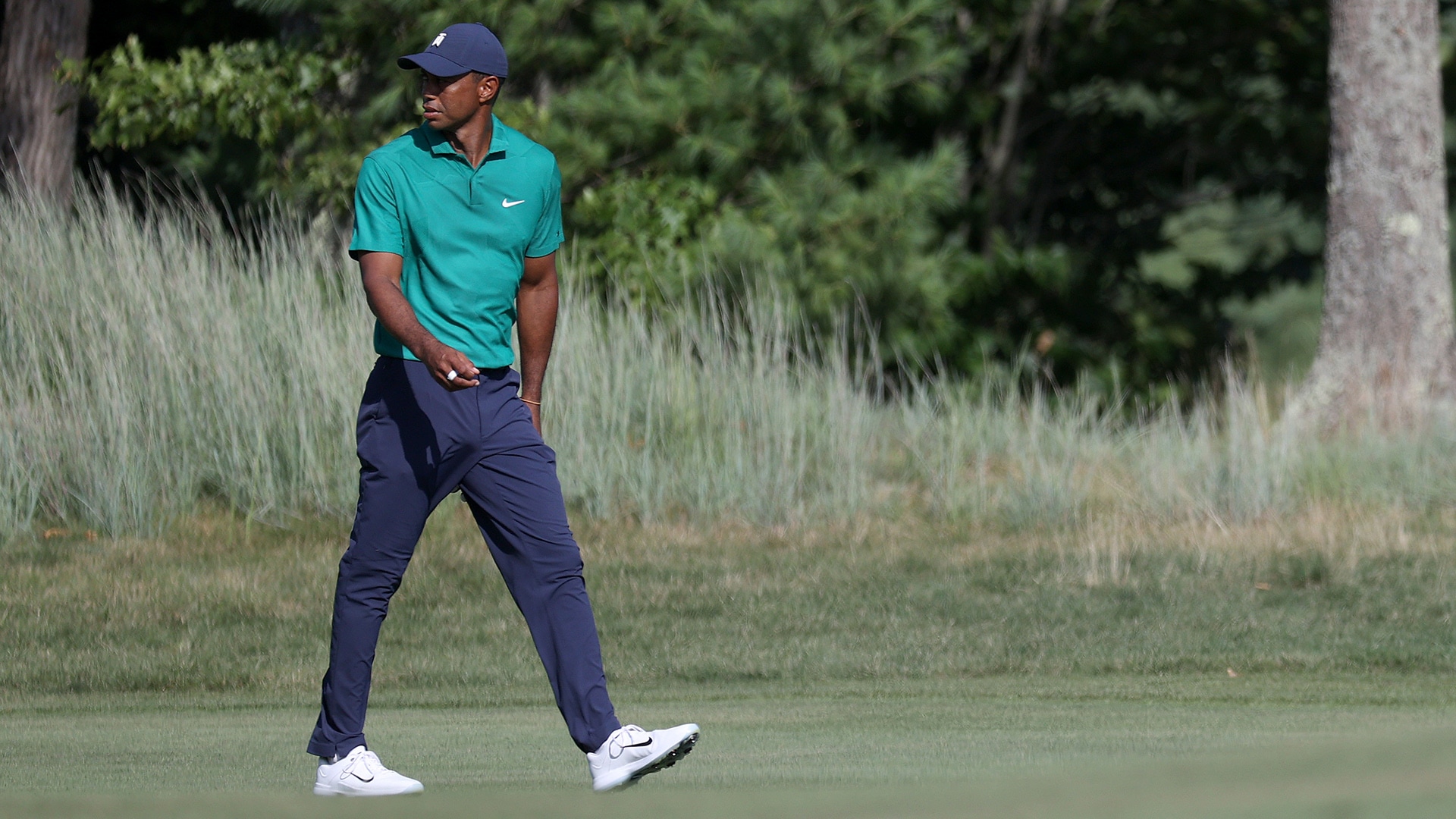 Birdied the first, shot even par, barely made the cut. In a nutshell, that was the story for Tiger Woods on Friday during the second round of The Northern Trust at TPC Boston. Woods is 12 shots behind Dustin Johnson and is out of contention, but there are two more weekend rounds ahead, at least one of which will be with Rory McIlroy.

Here are my thoughts after a less-than-interesting second round:

• Birdies were all over the golf course. Scottie Scheffler had already shot 59 and Dustin Johnson was already out there lighting it up. Others were too. So Tiger made birdie on the first hole from 15 feet and we were off to the races.

• The worst hole of the day came at the short par-4 fourth. Tiger drove it just short of the green and then hit one of the worst shots I’ve ever seen him hit. It was a fat, nasty chunk. No other way to explain it. The ball never got to the green and rolled back near where he was standing. He slid the third shot onto the green and hit and awful putt from 15 feet. He was lucky to make bogey.

• After that bogey he made par on the next eight consecutive holes. Again, all this while the leaders were going nuts.

• Tiger birdies the next two holes – making putts from 6- and 10-feet respectively – to move safely inside the cut by two shots. Another nasty bogey at the 17th hole meant Tiger had to make par on the last to play the weekend, and he did.

Tiger: “I was hitting the ball all over the place, and on a golf course that was certainly giving it up to most of the field. I made it really, really hard on myself.”

• Full disclosure: I’m happy to have two more rounds at TPC Boston, but T-59 Tracker is not exactly my most favorite Tracker.

But he has plenty to play for. After the first two rounds he dropped eight spots (from 49 to 57) in the FedExCup standings. Any improvement on that over the weekend, paired with good play next week in Chicago, and he needs all the help he can get to get into the top 30 to advance to the Tour Championship at East Lake.

• Tiger only hit nine of 14 fairways, 10 of 18 greens and needed 27 putts. This was two fewer putts than in the first round, where he recorded a score three shots better.

• Hey Tiger, any positives from the day? “I was close to snapping a couple clubs today, but I didn’t. So that’s a positive.”

• Positives for Saturday? Tiger is paired with Rory McIlroy. The two go at 8:30AM ET. That'll work.