TT Postscript: Woods continues momentum with another 64 at Zozo 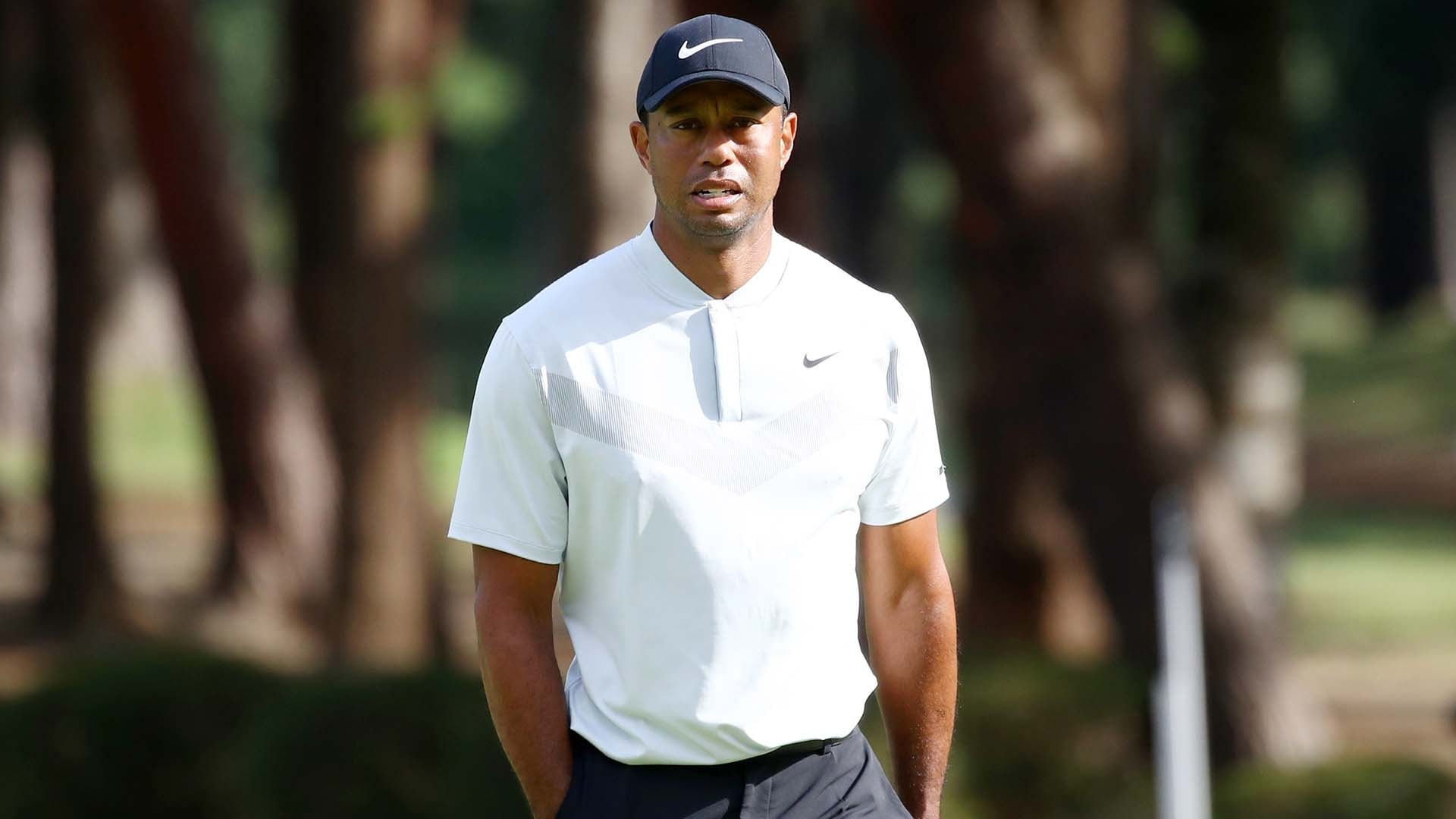 CHIBA, Japan – Friday’s washout did little to slow Tiger Woods’ momentum at the Zozo Championship. Woods leads Gary Woodland by two strokes heading into what promises to be a marathon Sunday.

Some this and that from Round 2:

• Although he got off to a better start than he did on Thursday, Tiger still quietly turned at 1 under for the day before moving to within a stroke of the lead with back-to-back birdies, at Nos. 10 and 11. He took the solo lead with another at the 17th hole before closing with a two-putt birdie at No. 18 for his two-stroke advantage.

• His second consecutive 6-under 64 included seven birdies, but it was his par saves that kept Tiger in the hunt. He scrambled for par at Nos. 5, 6, 8, 12 and 14 and made just a single bogey at the par-4 second hole after missing a 4-footer for par.

• With a victory in Japan, Tiger can tie Sam Snead for the most PGA Tour victories at 82. Snead was 52 when he won the 1965 Wyndham Championship to set the record. Tiger will be 43 if he ties him on Monday.

• Because of Friday’s storm that washed out play, officials decided to close the course to spectators Saturday, which created a surreal afternoon for Tiger, who played before a massive gallery on Day 1. Crowds will be allowed on the course Sunday and officials are expecting a sellout of 20,000.

• This is the seventh time Tiger has played in Japan as a professional with the last time coming at the 2006 Dunlop Phoenix. He won two of those starts and finished second while teaming with David Duval at the 2001 World Cup.

• Because of Friday’s washout, players will spend the rest of the week scrambling to finish the event. The plan is to begin the third round at 6:30 a.m. local (5:30 p.m. ET) Sunday and keep playing until darkness without re-pairing between rounds. If all goes according to plan, the leaders should have about nine holes to finish on Monday. The delays will present a unique test for Tiger, who underwent knee surgery in August and is making his first start of the season.