TT Postscript: Tiger's season is over after yet another over-par round 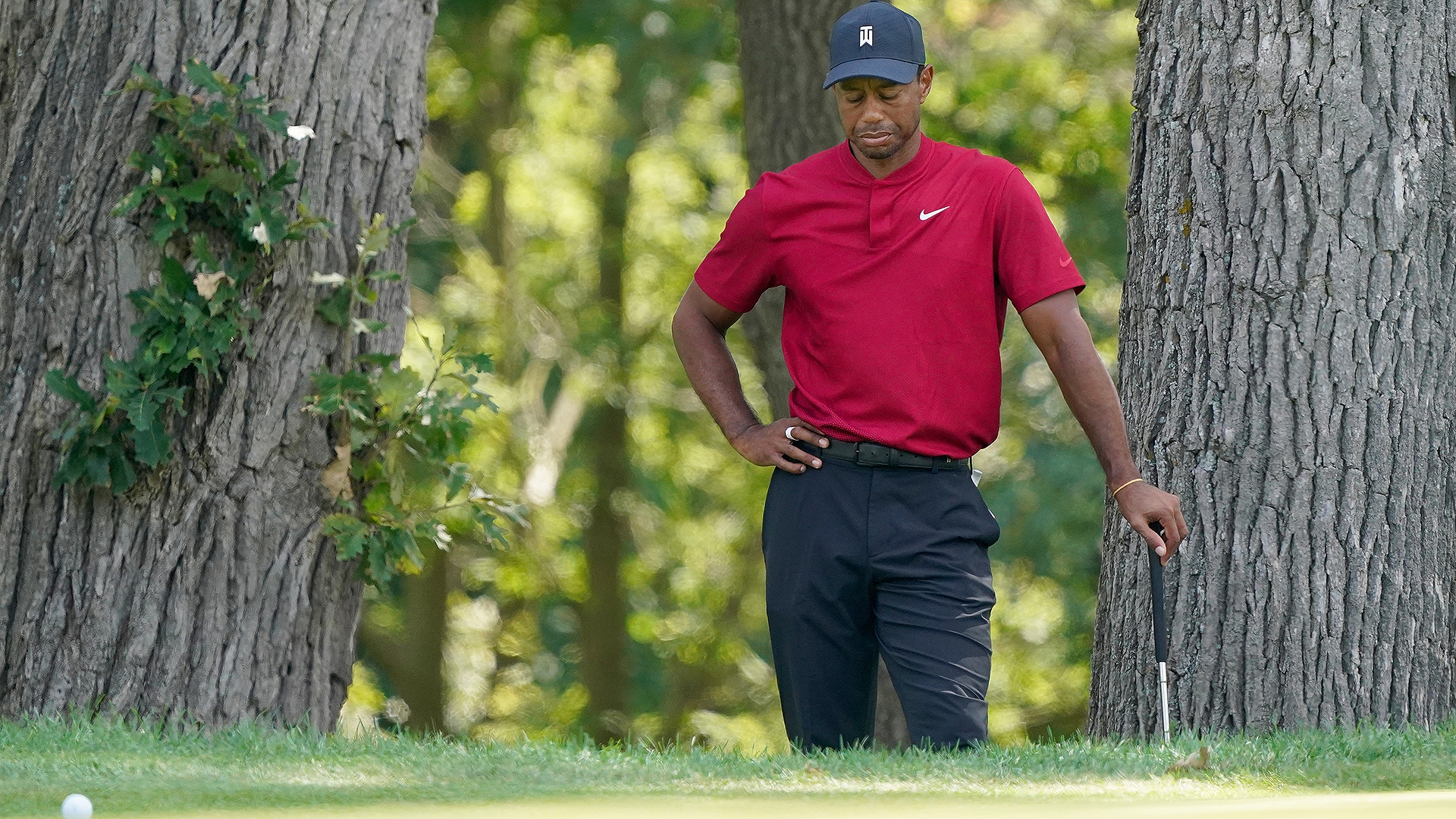 It was an eventful final round of the 2019-20 PGA Tour season for Tiger Woods. He didn’t post the 9-under round he estimated he needed to qualify for East Lake, but there was plenty to digest from Sunday at the BMW Championship:

• Statistically, Woods' week at Olympia Fields looked like a lot of recent events. He was functional off the tee (28th in the field in fairways hit) and predictably solid with his iron play (T-8 in greens in regulation), but his putting was spotty at best (64th in strokes gained: putting) and he didn’t give himself many realistic looks at birdie.

• Woods needed a top-5 finish to earn a spot in the season finale next week at East Lake, but he never really had a chance after starting the week with three rounds over par. Instead, he was tied for 53rd following his closing 71 and projected to finish 63rd on the playoff points list. That’s his worst finish on the points list since 2015 (note: he didn’t play in ’16 and he played just a single event in ’17).

• The BMW Championship was the first time Woods had back-to-back starts since the 2018 playoffs, and he admitted he was feeling it on Sunday. “My back is what it is. It's always going to ache and it's always going to be stiff,” Woods said. “When you have a fusion, that's just part of the deal. I'll have my good days, and as I've told you guys before, I'll have my good days and bad days.”

• As for his game, that was another story. His rounds of 73-75-72-71 were the first time he posted four over-par rounds since the 2010 WGC-Bridgestone Invitational at Firestone.

• For a player who has always made the most of par 5s, Woods' week at Olympia Fields could be defined by his play on those holes. For the week, he was 2 over on the par 5s, and he failed to record a birdie on either the first or 15th holes (the layout’s only par 5s). Sunday’s lowlight also included a three-putt from 20 feet at No. 15 for a deflating bogey.

• Or if Woods wanted to dig even deeper into his play, he could point to the 17th hole as rock bottom. After hitting his tee shot into a water hazard right of the fairway for the second consecutive day he compounded the error with an errant approach shot left of the green. He was 5 over on the penultimate hole in Rounds 3 and 4.

• What’s next was the obvious question, but Woods offered little insight. It sounded rather clear that he won’t be adding the Safeway Open (which he’s only played once in his career) before the U.S. Open and his pre-Masters schedule could include multiple starts with the Zozo Championship (which he won last season) likely being relocated to a location in the U.S. and back-to-back tournaments in Las Vegas before the year’s final major in November.

“This golf course was basically a U.S. Open, with the rough being as high as it is and fairways a little bit narrow,” he said. “Look at the scores, and I don't think that we've seen scores like this in a non-major in a very long time. This was a great ramp-up for me for the U.S. Open. I wish I was playing next week, but I've got a couple weeks off.”