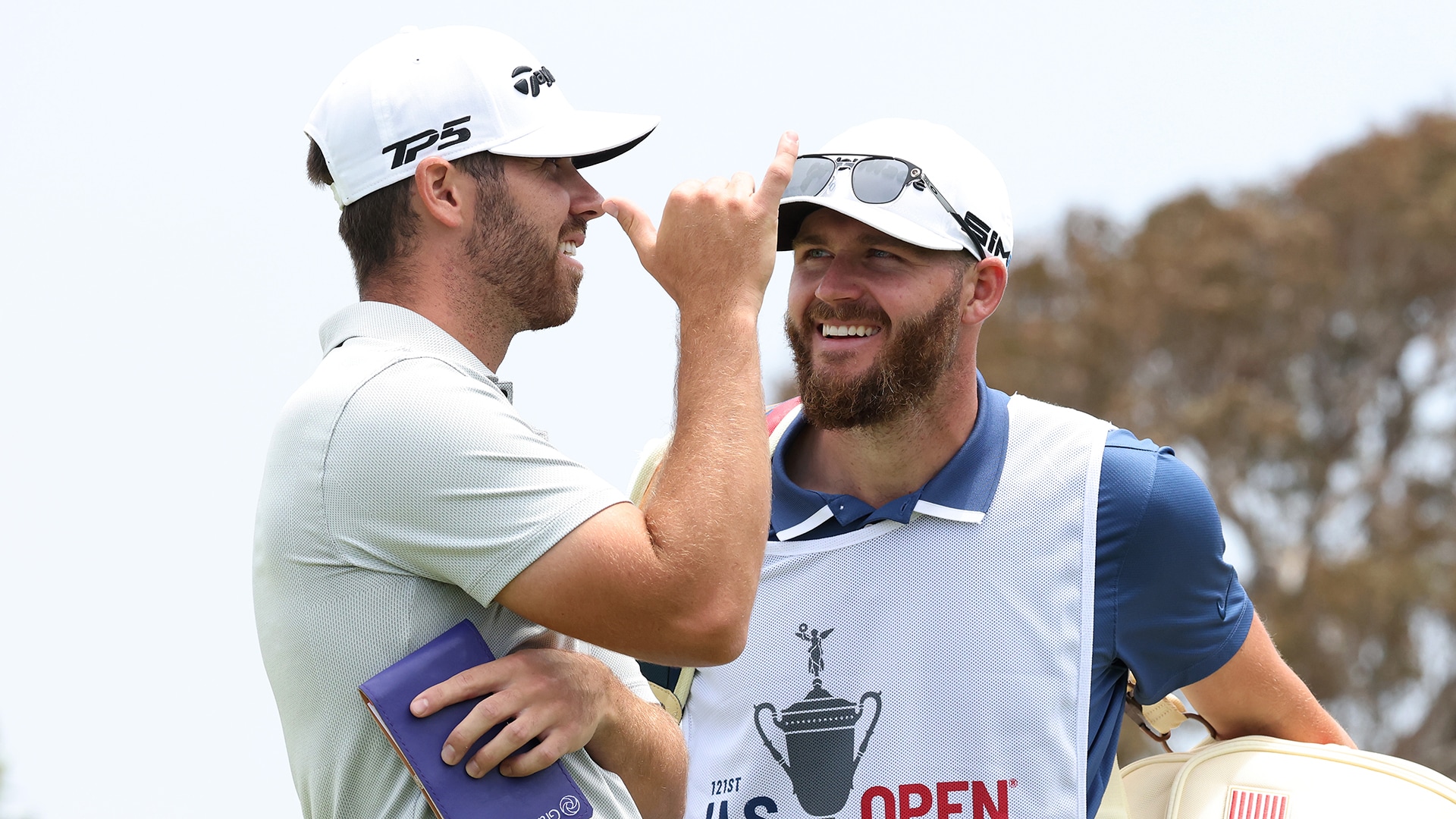 SAN DIEGO – There are plenty of soft landing spots for a competitive return, but the U.S. Open wouldn’t crack the top 1,000. This stress-fest can shatter the psyche of the most serene player. It can push even the world’s best to the breaking point. And so we wondered: What would the Open possibly do to a guy with an erratic driver, zero confidence and a spirit so battered that he’s returning from a two-month break?

Well, apparently, it left Matthew Wolff looking and feeling downright buoyant. It left him talking like this: “It’s awesome that I played well – I mean, I’m thrilled. But no matter what happened today, the score that I shot, I just have been having fun, and I haven’t had fun out here in quite a while.”

Fun won’t be mentioned anywhere in the next USGA promo, but his first-round 70 at Torrey Pines gave Wolff a much-needed win. His rollercoaster opener – which included just five pars (the fewest in a sub-par round at a U.S. Open on record), eight birdies and two double bogeys – represented his best score since February.

“There was a lot of good and a lot of bad,” he said, “but I enjoyed myself, which was most important.”

This was the second time this year that Wolff has taken time away to heal mentally, each instance without a formal explanation or statement, each tournament missed (including The Players and PGA) only fueling speculation about what’s wrong with one of the game’s fledgling superstars. On Wednesday, in his first public comments in months, he repeated – again and again – that he just wanted to be happy, as if he was trying to speak it into existence. A day later, he seemed a small step closer.

Wolff stressed that he didn’t want to step away in April, but that he needed to. The pressure was mounting. His problems were compounding. He wasn’t being kind to himself. “When I finally started to get to a bad enough spot,” he said, “honestly, I was like, You know what, I need some time.”

Every young stud coming out these days faces outsized expectations, but few carried the hype of Wolff, an NCAA individual champion whom many considered the most marketable American prospect since Jordan Spieth and perhaps even Rickie Fowler. Not all hotshots are created equally, however, and Wolff entered the pro ranks at age 19, with just two years of college seasoning and questions about his maturity.

Not much went wrong for about a year. A Tour victory. A growing legion of fans. A major moment at last year’s U.S. Open when he seized the 54-hole lead. But it’s been a miserable past nine months filled with dispiriting play, dreadful body language and eyebrow-raising withdrawals and a disqualification. Finally, he had enough, decamping to his old stomping grounds outside Stillwater, Okla. (Had he remained in school, he would have graduated last month.) That’s where he could be around his college buddies, where he could remember that he’s 22 and has enjoyed a pretty charmed existence to this point. His management team supported him. So did his former college coaches and teammates. His girlfriend stuck by him, even when he was a “sh---y mood” and her cheery attempts to lighten the mood didn’t work.

“I live an amazing life,” he said. “So many millions and millions and millions of people would trade me in a heartbeat, and I needed to get back and be like, Dude, you live an unbelievable life. Like, you don’t always have to play good. I know I want to. I want to always please the fans. But I just kind of realized that the more I’ve been taking a little bit of time off, the more I realized that I just need to enjoy myself and be happy.”

And that, of course, is an ongoing process. Mental health is a hot topic in sports, the conversation driven in recent weeks by tennis star Naomi Osaka, who withdrew from the French Open and Wimbledon to “take personal time” with friends and family. Wolff isn’t looking to be a trailblazer. But when asked if talking openly about his inner battle helped, he lit up, as animated as ever.

“Absolutely,” he said. “I think the hardest part is people, unless you’re actually a professional athlete, you just don’t know the emotions that come along with it and how much you want to please everyone and play for your fans – and on top of that, make money. Like, it’s a living. In college golf, if you shot 78, you go back and your coach would pay for your food and you would be chillin’, because you were on a full-ride scholarship. But you come out here, you miss five cuts in a row and you’re like, Damn, I haven’t made a paycheck. And it’s just a lot. It’s really hard.”

Oddsmakers pegged Wolff to miss another cut here, but on Thursday he went 3 under through his first four holes. Then he crashed and was 1 over through eight. Then he rebounded and was 3 under again through 15. And then he finished at 1 under. All throughout the round you expected Wolff to revert to his old habits, to sulk, to get down on himself after poor shots, to continue his slide back into the abyss. But he and caddie Nick Heinen worked tirelessly to keep a level head, and he posted a score of which he could be proud.

One round in the U.S. Open – one wild, improbable, highlight-filled round – didn’t suddenly fix all of Wolff’s problems, but it did put him in a mood post-round that he hadn’t experienced in a while.

“I made a huge step in the right direction,” he said. “I have a heck of a long way to go, but I’m working my way toward it.” 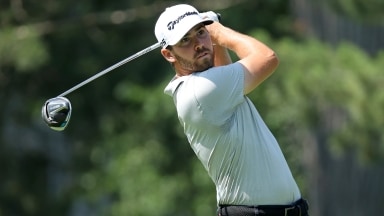 Matthew Wolff said that Rory McIlroy's comments at the Olympics on mental health made an impact on him. 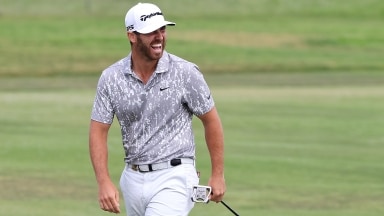 Matthew Wolff won't be playing the weekend at the Wyndham Championship, but he'll receive a big check anyway.

How Wolff can earn $1M and not win Wyndham

The winner of the Wyndham Championship isn’t the only player who will take home a $1 million prize.