The shot that Phil Mickelson has and Bryson DeChambeau doesn't 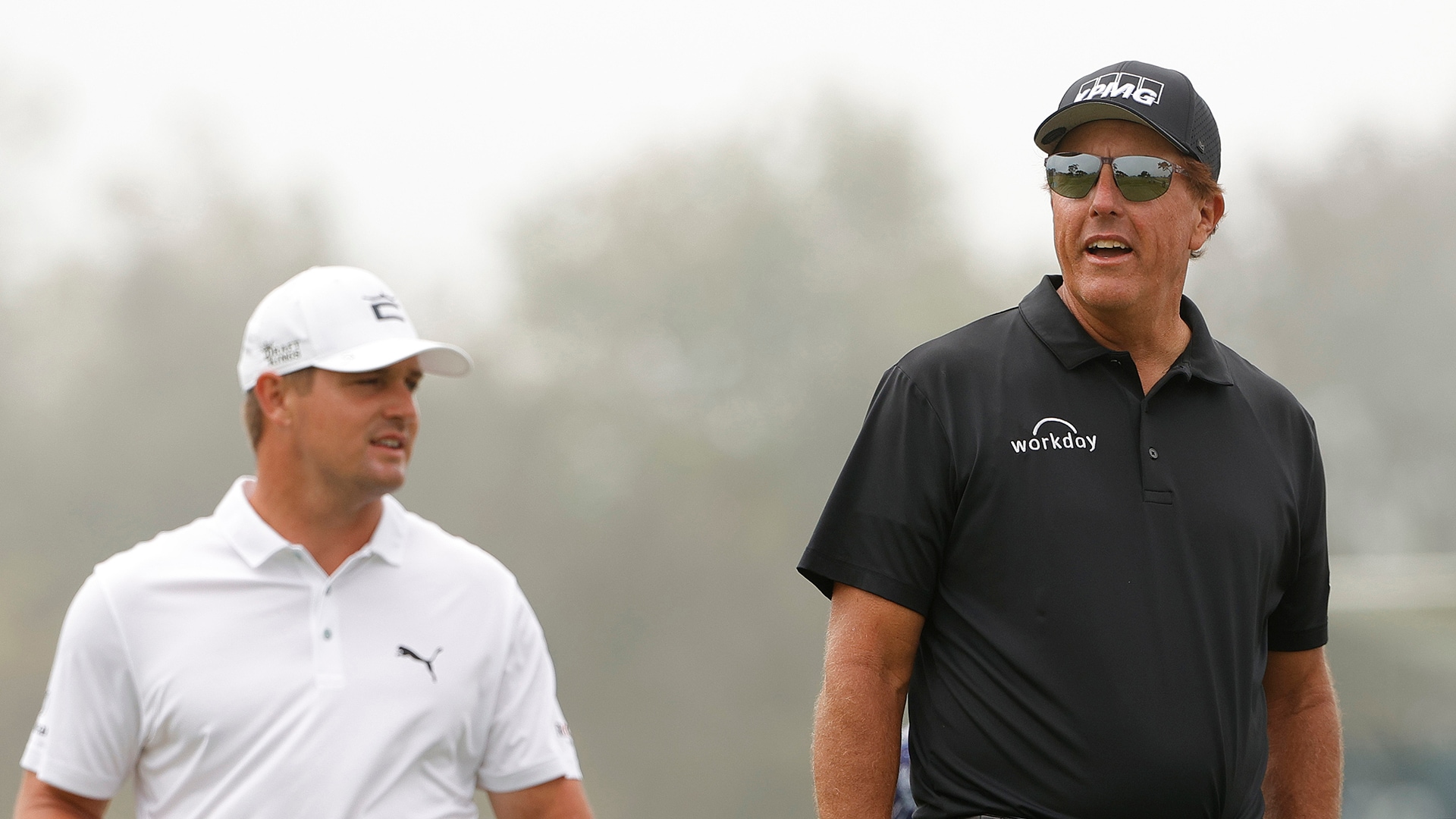 SAN DIEGO – As fascinating and wonderfully complicated as a practice round with Phil Mickelson and Bryson DeChambeau sounds, the world got a glimpse into two of the game’s deepest thinkers on Monday at Torrey Pines.

Mickelson and DeChambeau were videoed hitting flop shots during a practice round at the U.S. Open with Lefty clearly doing most of the talking.

“My coach Chris [Como] is super interested in trying to understand what's going on, like how he hits that high spinner,” DeChambeau explained. “We were asking him questions. There was a super slo-mo video on it, and he saw it, and he was like, man, it's cool to actually see that in action.”

Mickelson explained how he is able to hit those high, spinning shots around greens.

“There's kind of a misunderstanding on how the flop shot works. Bryson and Chris Como, they understand it, which is you hit the ground first and then the club bounces into the ball,” Mickelson said. “Most people kind of try to flip with their hands and catch the ball first.”

DeChambeau was asked if he is able to hit a similar shot.

“No. I don't have the right bounce,” he responded. “He's got a different type of grind. I just swing it differently, totally different. He's a lot more wristy. I'm a lot more neutral handed, so I cannot. It's something I've got to work on. He's got that on me.”