The U.S. won the Ryder Cup, and Dustin Johnson won everything after 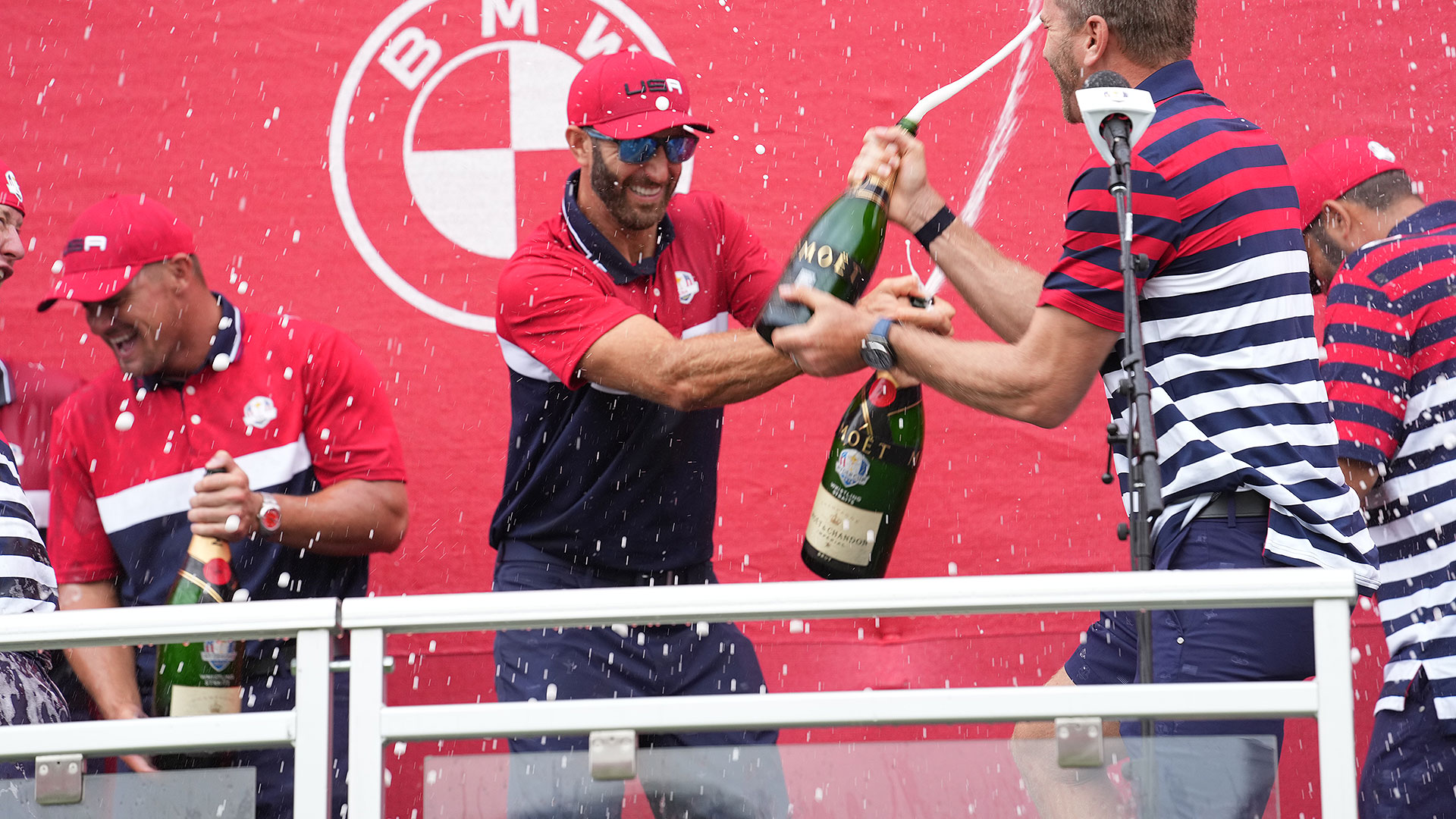 Dustin Johnson had himself a week at Whistling Straits.

The 37-year-old Johnson, the oldest player on a young and talented U.S. team, became the first American to go 5-0 in a single Ryder Cup since Larry Nelson in 1979 as he led the home team to a record-breaking 19-11 victory over the Europeans.

But Johnson wasn't done there.

In previous U.S. team victories, Johnson has shown he can get a little loose when the libations starts flowing. He nearly sent a champagne cork through a journalist after the 2016 Ryder Cup, and a year later he danced and sang his way through the winners' press conference at Liberty National.

On Sunday evening, Johnson went bottoms up with a large bottle of Moet during the trophy presentation, and then, all fueled up and ready to go, he then stole the show in the press tent.

"Next time, let's not tell all the Green Bay fans that you're a Bears fan," Johnson told U.S. captain Steve Stricker out of the gates.

He then was asked about his partnership, or "bromance," with rookie Collin Morikawa, and whether he'd get in bed with Morikawa much like Europe's Tommy Fleetwood and Francesco Molinari did for their famous social photo-op in 2018.

"If you want me to, absolutely," Johnson said. "I ain't scared."

Johnson continued to interject throughout the presser before playfully being asked, despite his "elder-statesman" status, if he'd be able to keep up with his younger teammates in what will surely be a long night of partying.