USGA thought hard about allowing LIV players, but could change mind in future 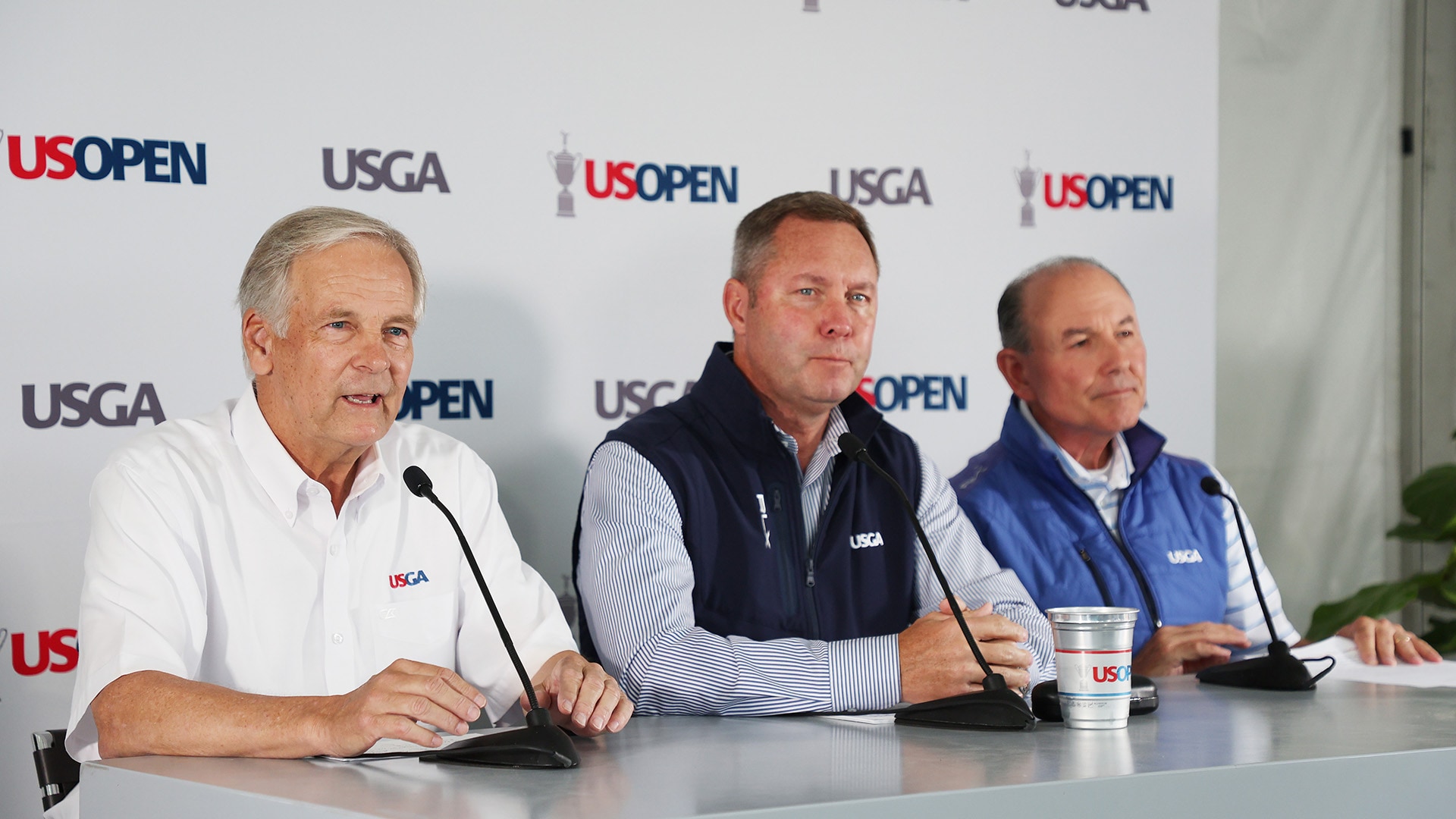 BROOKLINE, Mass. – The USGA’s decision to forge ahead with this week’s U.S. Open, regardless of the fallout that the LIV Golf events have caused, was both nuanced and not easy.

USGA CEO Mike Whan said Wednesday that the organization's decision to allow those players, who were suspended by the PGA Tour for their LIV involvement, to participate in the U.S. Open was twofold. The list of players includes former U.S. Open champions Dustin Johnson, Martin Kaymer and Graeme McDowell, as well as six-time runner-up Phil Mickelson.

“We did sit down and have a long conversation about a week before the U.S. Open – did where somebody else played and what promoter they played it with, disqualify them for this event? We decided no on that, with all the awareness that not everyone would agree with that decision,” Whan said at The Country Club.

The timing of the Tour suspensions, which followed the start of the first LIV Golf event last Thursday in London, factored into the USGA’s decision, as did the reach of any possible decisions to ban players from this week’s championship.

“Whether we all like it or not, in February, 30 guys played for the same promoter in Saudi Arabia with an acceptable release from the PGA Tour, and for years the DP World Tour has had an event there, same promoter,” said Whan of LIV Golf, which is backed by the Saudi Public Investment Fund. “We asked ourselves the question of one, one week before if you play somewhere where you're not approved to play, would you be disqualified for the 2022 U.S. Open? And we said no.

“We also had to ask the question, if you're going to put that kind of clause in, who gets in? We've got to go back to 9,300 people [the number of qualifying applicants], who played ever, where, sponsored by? It becomes a pretty slippery slope to try to apply that across 9,300 people.”

Whan did stress that the decision to allow the likes of Johnson and Mickelson to play were limited to this week and when asked if he could foresee a scenario where LIV Golf players would be banned from the U.S. Open he said, simply, “yes.”

“I don't get to build my field criteria based on what Mike Whan likes or what [USGA officials] like. We build a field criteria,” Whan said. “We post it, and we let people play their way into it or out of it, and that's how we made the decision on 2022.”

LIV Golf's quest to get world-ranking points is now going through the ... MENA Tour?

LIV Golf has entered into a “strategic alliance” with the MENA Tour, a move that the Saudi-backed league believes will lead to its events receiving world-ranking points.