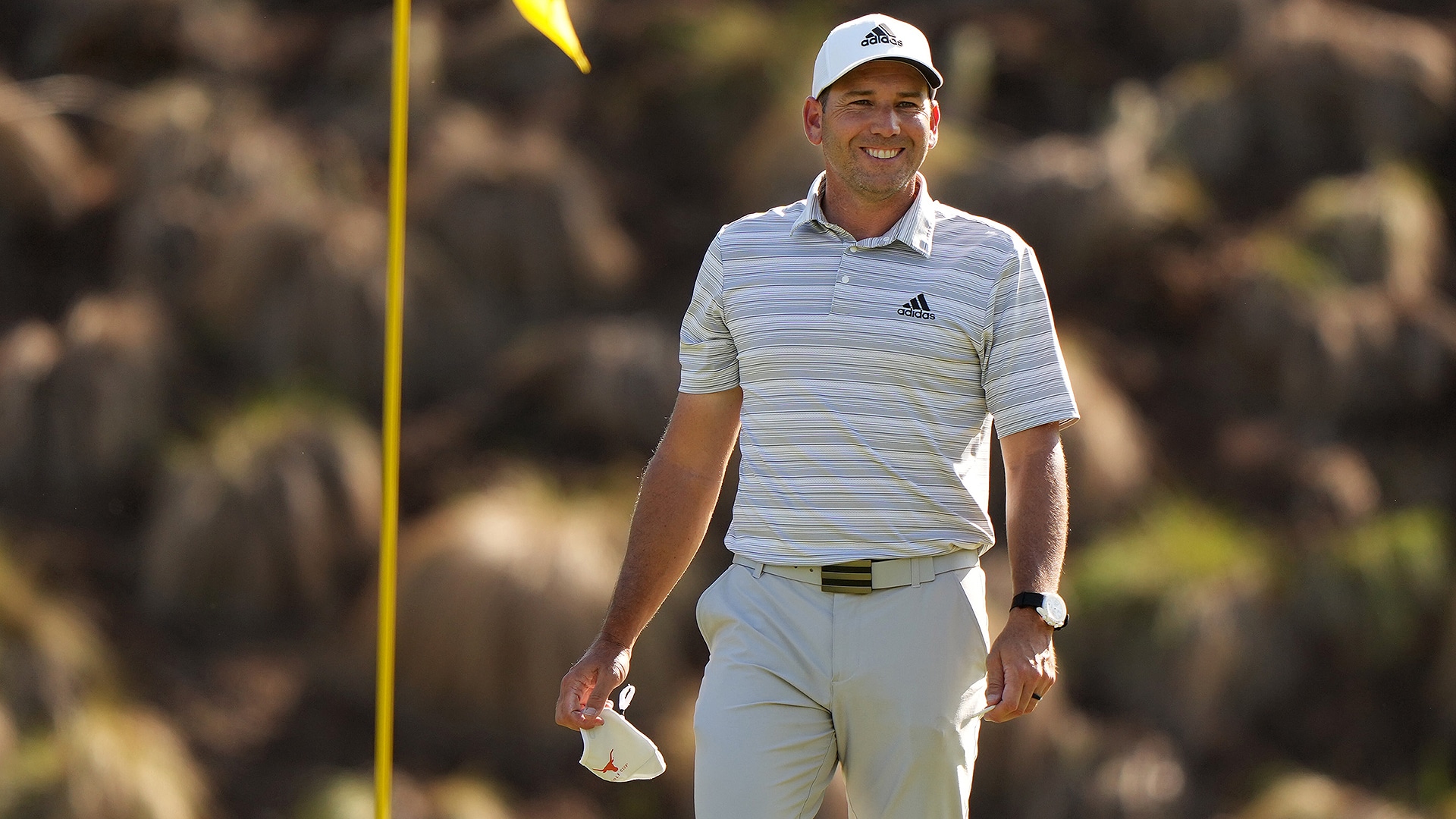 AUSTIN, Texas – In his 41 years there’s not a lot Sergio Garcia hasn’t accomplished on a golf course, but Friday’s wild finish at the WGC-Dell Technologies Match Play was a first.

Shortly after losing to Matt Wallace, 3 and 2, Garcia found himself in a playoff with longtime Ryder Cup teammate Lee Westwood to determine who from their group would advance to the knockout stages. The duo traded pars through the first three extra holes, with Garcia missing a 4-footer for the win on the first playoff hole.

But that just set the stage for some fireworks as Garcia’s tee shot at the par-3 fourth hole from 160 yards flew just past the flag and spun back for a hole-in-one and a dramatic end to the playoff.

“I really don't know what to say. Obviously, yeah, a hole-in-one is amazing,” Garcia said.

It’s even more impressive considering that Garcia said he struggled with a foot ailment on Day 3 that kept him from hitting the ball as well as he’d like.

“I had a little problem with my left foot throughout the day. The arch of my left foot was cramping and I was struggling to get through the ball,” he said. “I'm going to have to work on it because tomorrow hopefully is going to be a very long day, and I need my feet to be in perfect shape.”