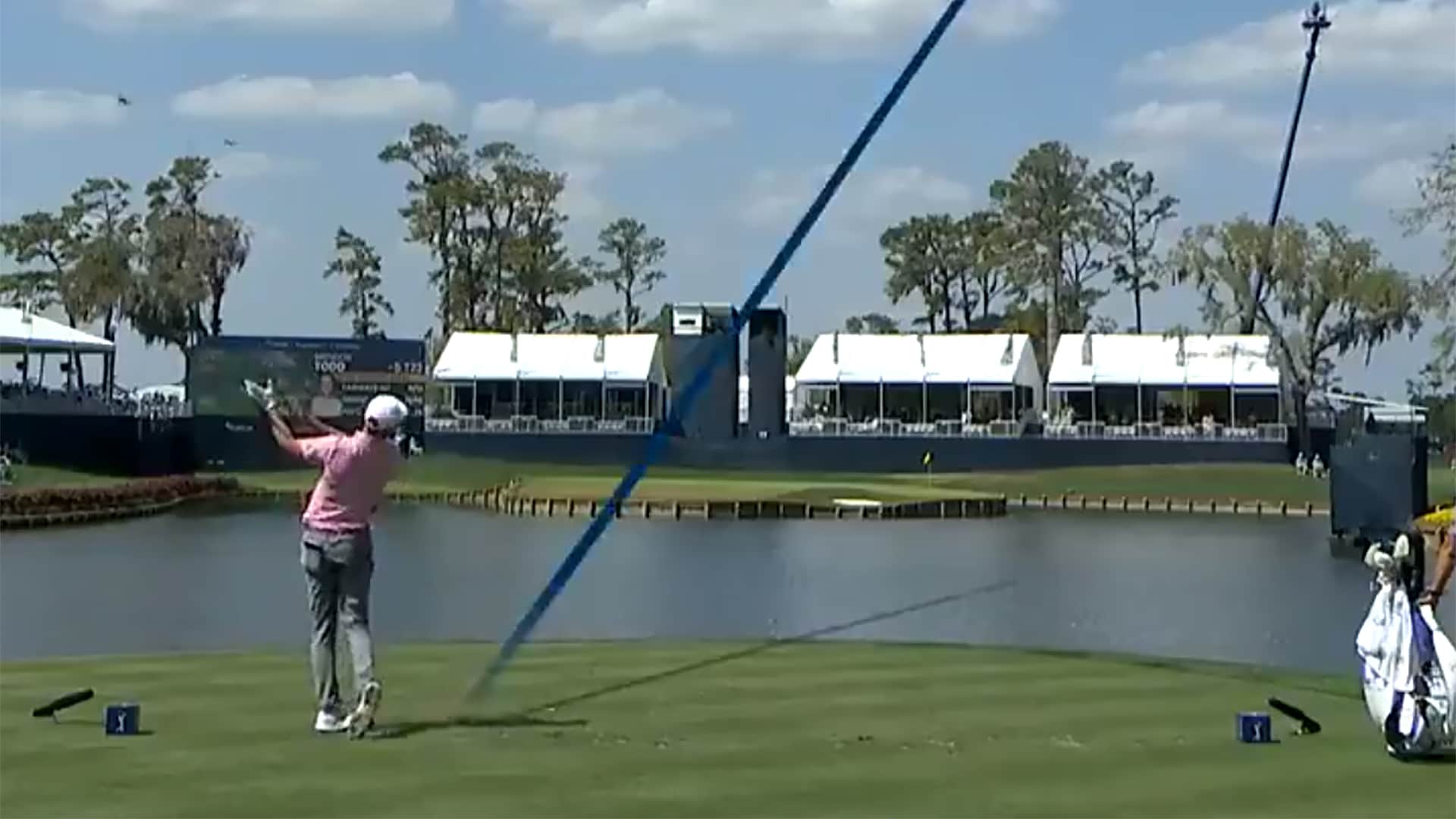 There is an actual island about 35 yards right of the the island green on the par-3 17th hole at TPC Sawgrass. It hosts a tree and some pretty flowers and a nearby camera tower and, likely, some balls from amateur hacks who play the Stadium Course.

It almost got Brendon Todd's ball on Sunday.

Todd shanked his tee shot on the 17th and his ball came much closer to the little island than to the island green.

Todd went to the drop zone and managed to find dry land with his third shot, but still made a triple-bogey 6.

What would have happened if Todd's ball had landed on the island? Well, it's part of the penalty area and he technically could have played it from there ... if he could have borrowed the camera man's boat and gotten there.