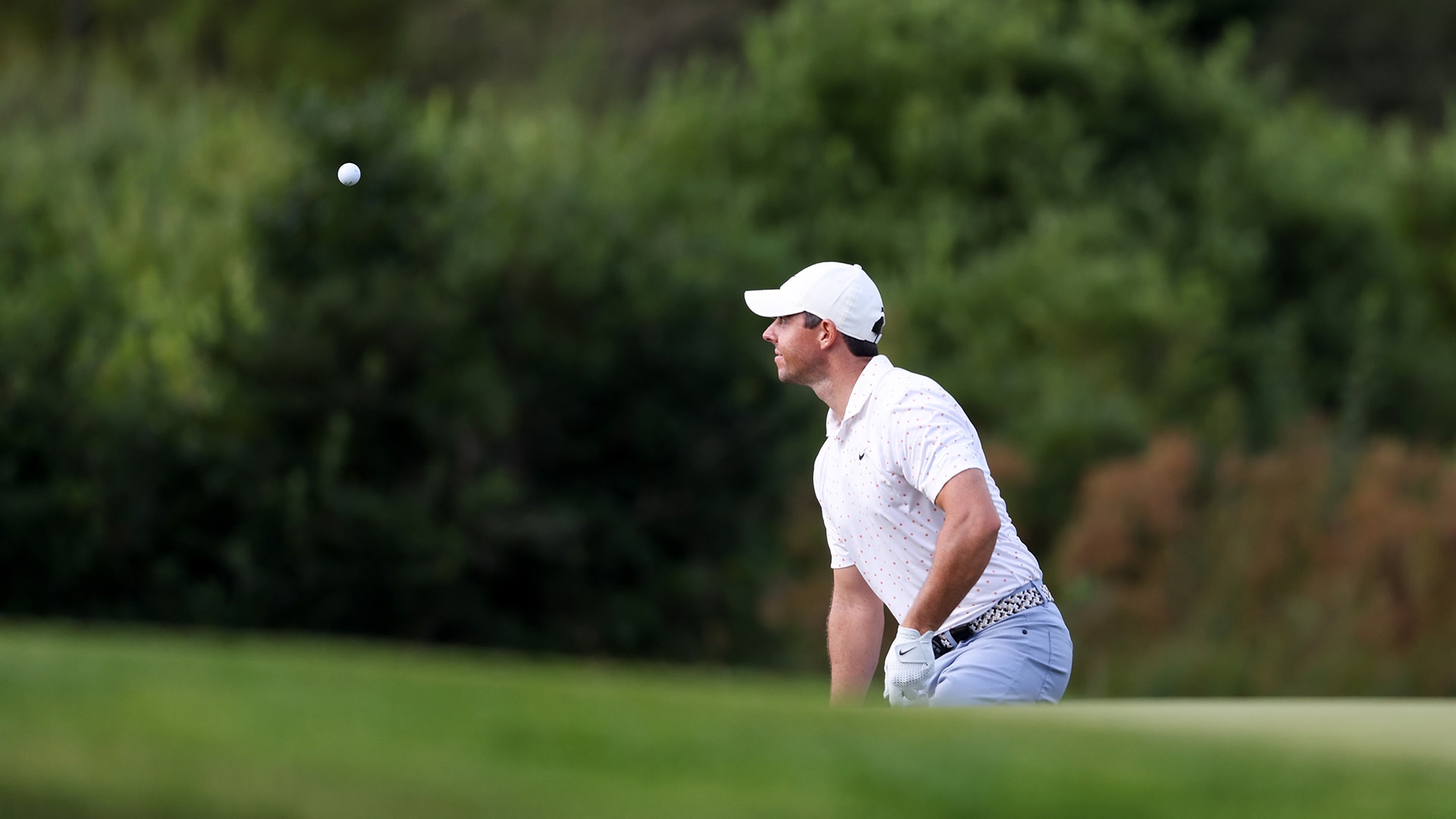 Remember what Rory McIlroy said two weeks ago at the PGA Championship?

"I’m happy to be drawn with him every week until fans come back," McIlroy said of being paired with Tiger Woods.

Well, McIlroy was a happy man for less than two holes Saturday at The Northern Trust. After drawing Woods for Round 3 at TPC Boston and making birdie at the opening hole, McIlroy nearly found the water with his second shot at the par-5 second. His ball was dry, but McIlroy faced a difficult, uphill shot out of the thick stuff.

His third shot hit the bank and bounced right back at McIlroy, flying past him and into the water.

McIlroy had to travel back across the water to play his fifth shot. Three putts later, he was tapping in for a triple-bogey 8.

It was one of two triples McIlroy made Saturday as part of a 3-over 74.